Smash Hit
Joachim Gottschalk was born in Calau, Germany, in 1904. He was the son of a doctor. He attended the Gymnasium in Cottbus and after his exams he went at sea. Between 1922 and 1926 he sailed on the three-master Großherzogin Elisabeth to Chile and to Australia. After leaving service, he took acting classes in Berlin and Cottbus. During an engagement at the Württembergische Volksbühne in Stuttgart, he met his future wife, the actress Meta Wolff. In May 1930 they married in Halberstadt and in February 1933 their son Michael was born. A few months later Adolph Hitler came to power. Meta was Jewish and Michael thus half-Jewish, but the Gottschalks managed to avoid the anti-Semitic Nuremberg laws and rising tide of anti-semitic violence in Nazi Germany because of ‘Joschy’ Gottschalk's immense popularity with the public. His wife had a Berufsverbot but Gottschalk could continue his acting if he stayed secret about his family situation. After an engagement in Leipzig, Gottschalk played from 1934 to 1938 in Frankfurt am Main. There he had his breakthrough at the Municipal Theater in parts as a hero and romantic lover. In 1938 he moved to Berlin to play at the Volksbühne. There he had a smash hit in his role as Fiesco in the play by Friedrich Schiller. His theatrical successes have made him one of the most popular actors in the capital. In 1938 he also began his film career with a starring role alongside Brigitte Horney in the Tobis production Du und ich/You and I (1938, Wolfgang Liebeneiner). The film was a success, and the two leads subsequently made four more films together. In Tripoli in Libya they filmed Aufruhr in Damaskus/Tumult in Damascus (1939, Gustav Ucicky). Then they starred in the successful romantic comedy Eine Frau wie du/A Woman Like You (1939, Viktor Tourjansky) with Hans Brausewetter, which made Gottschalk ‘the German Clark Gable’. On the island Farnö, they next filmed the romantic drama Das Mädchen von Fanö/The Girl from Fano (1940, Hans Schweikart) with Gustav Knuth. He also appeared with Paula Wessely in the melodrama Ein Leben lang/A whole life long (1939, Gustav Ucicky), and with Hertha Feiler in Flucht ins Dunkel/Escape into Darkness (1939, Arthur Maria Rabenalt). 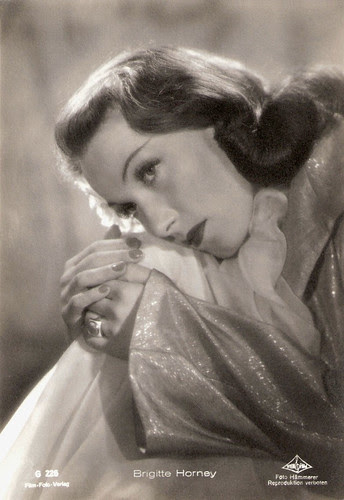 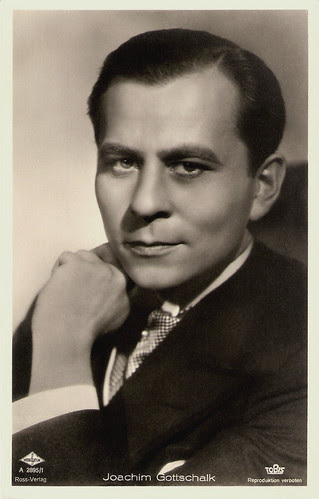 No Way Out
After the start of the war, the pressure of the Propaganda Ministry on the Joachim Gottschalk began to increase. Hans Hinkel, Special Representative for Kulturpersonalien (cultural celebrities) demanded Gottschalk to divorce, but the star refused. He worked in the studio on Die schwedische Nachtigall/The Swedish Nightingale (1941, Peter Paul Brauer) about the romance of fairytale writer Hans Christian Andersen (Gottschalk) and the Danish singer Jenny Lind (Ilse Werner). It was again a huge success. Another triumph was his stage role as Silvio in Carlo Goldoni's Servant of Two Masters. But in early June as Volksbühne director Eugen Klöpfer presented his next production, Faust, Gottschalk's name was not on the cast list. He was not offered any more roles at any Berlin stage. English Wikipedia explains what had caused the ban. Naively, Gottschalk had taken his Jewish wife to a film industry Artist's Association dinner and introduced her to some of the prominent Nazis who were present. Although the Nazis were charmed, when Propaganda Minister Joseph Goebbels learned about this incident, he decreed that Gottschalk would be required to separate from his Jewish wife. (Klaus J. Hennig at DieZeit.de writes that Goebbels was present at the dinner and was charmed by Gottschalk’s wife, but he became enraged when he later found out that Meta was Jewish). When Gottschalk refused to separate, Goebbels ordered Gottschalk's wife and child transported to the Theresienstadt concentration camp. Gottschalk insisted on accompanying Meta and Michael to Theresienstadt, but Goebbels ordered Gottschalk inducted into the German Army, the Wehrmacht. The Gottschalks saw no way out. In November 1941, minutes before the expected arrival of the Gestapo at their apartment in Berlin-Grunewald, they first sedated their nine year old son and then committed suicide by gas poisoning. Joachim Gottschalk was only 37 when he died.

Only a Few Courageous Colleagues
Joachim Gottschalk was buried with his wife and son in one grave (it was forbidden to bury Jews and non-Jews together) at the Südwestkirchhof Stahnsdorf of Berlin. Only a few courageous colleagues attended the funeral, among them were Brigitte Horney, Gustav Knuth, Hans Brausewetter, Werner Hinz, Wolfgang Liebeneiner and Ruth Hellberg. Joseph Goebbels forbade any obituary, but word about his death got out anyway and millions of German women were in mourning. Because of Nazi censorship, most of his devoted fans did not learn the awful circumstances of his death. This incident poisoned the already-tense relationship between Goebbels and the German film community. At the end of WWII, Goebbels and his wife would also commit suicide in Hitler's Berlin bunker and poisoned their six young children. Goebbels' motive was fear of being captured by the advancing Soviet Army, which was less than a mile away. Goebbels had played a major role in the Holocaust, including the production of a series of anti-Semitic films, and he knew he would have been put on trial and executed, had he lived. After the war, the DEFA studio made a film about Joachim Gottschalk, Ehe im Schatten/Marriage in the Shadows (1947, Kurt Maetzig). Finally, the tragic fate of Gottschalk and his family became known to the German public. The film was based on the novella Es wird schon nicht so schlimm (It won’t become that bad), written by Gottschalk’s former director Hans Schweikart. Since 1999, Gottschalk’ grave is an Ehrengrab (grave of honour) for the city of Berlin. 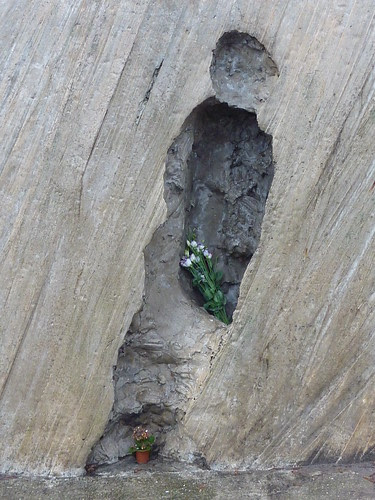 Silhouette in memory of Jews deported from the Grünewald Station in Berlin. Grünewald was the area, where Gottschalk and his family lived. This deportation memorial was erected fifty years after the beginning of deportations of Berlin's Jewish population to concentration camps. The Polish artist Karol Broniatowski created this concrete block embedded with human silhouettes representative of the passage taken to the rail tracks for deportation in 1991. Between October 1941 and February 1943 more than 50,000 Jews of Berlin were deported by the National Socialist state from Grünewald Station.

Such a tragic story. Let's hope the world never stoops to such madness again.

Thanks Bunchie. Yes, Gottschalk's story is so sad. The Nazis but also the Soviets by the way caused so many tragedies in the European film history.