Australian-born actress and producer Violet Hopson (1887 – 1973) was one of the first British film stars. She appeared in more than 100 British silent films, and occasionally played supporting roles in sound pictures of the early 1930’s.

Dear Delightful Villainess
Violet Hopson was born as Elma Kate Victoria Karkeek in Port Augusta, South Australia, Australia, in 1887 (IMDb writes wrongly San Francisco, USA in 1891). Violet's earliest performances were with the Pollard Opera Company in Australia and New Zealand from 1898 on. In 1900 she went to America with her older sister Zoe Karkeek. Zoe and Wilmot Karkeek were long standing members of this company from 1892. Violet was known as Kate or Kitty to her family at this stage in her life. In 1909, at the age of 21, she married actor Alec Worcester (a.k.a. Alexander Howitt Worster), and they had two children Alexander Nicholas Howitt (1910) and Jessica Yvonne Howitt (1913). She made her film debut probably in the short British ‘fat man comedy’ Mr. Tubby's Triumph (1910, David Aylott) as the wife of Mr. Tubby (Johnny Butt) for Cricks & Martin Films. Two years later she moved over to Hepworth Pictures, where she made such short comedies as The Umbrella They Could Not Lose (1912, Frank Wilson), Love in a Laundry (1912, Frank Wilson) with husband Alec Worcester, and The Stolen Picture (1912, Frank Wilson). Soon Cecil Hepworth cast her in other genres such as the crime drama The Jewel Thieves Outwitted (1913, Frank Wilson) in which jewel thief Jack Hulcup is chased by motor-car and airplane, or the historical drama Drake's Love Story (1913, Hay Plumb) in which she played Queen Elizabeth. She played opposite other Hepworth stars such as Alma Taylor in the comedy A Little Widow Is a Dangerous Thing (1913, Frank Wilson), Chrissie White in the drama The Vicar of Wakefield (1913, Frank Wilson), and Stewart Rome in The Heart of Midlothian (1914, Frank Wilson). In the years of WWI she appeared in dozens of such short films for Hepworth. She soon became a major star of the silent British cinema of the 1910’s. The audiences nicknamed her the ‘Dear Delightful Villainess’. In 1917 she moved over to director-producer Walter West at his production company Broadwest. She appeared in such Broadwest productions as the sports drama A Gamble for Love (1917, Frank Wilson), the crime film The Woman Wins (1918, Frank Wilson), and the war film Sisters in Arms (1918, Walter West). Then Stewart Rome was also lured from Hepworth to Broadwest and Hopson appeared in a string of dramas with her old co-star. The first was probably My Son, My Son (1918) which also featured Jack Cardiff who later became a famous cameraman. The new pairing had a follow up in the sports drama The Gentleman Rider (1919, Walter West) also with Cameron Carr, Snow in the Desert (1919, Walter West) with the young Ronald Colman in a supporting part, A Daughter of Eve (1919, Walter West), The Romance of a Movie Star (1920, Richard Garrick), the mystery The Case of Lady Camber (1920, Walter West), Her Son (1920, Walter West) with her son Nicholas as her film son, The Imperfect Lover (1921, Walter West), When Greek Meets Greek (1922, Walter West) and The White Hope (1922, Walter West). These films were all produced by Walter West for Broadwest and later for Walter West Productions. 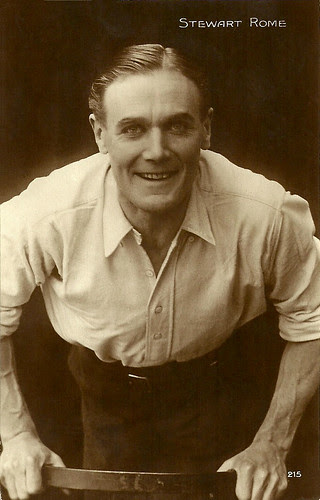 Pioneer in the British Film World
Violet Hopson divorced Alec Worcester in February 1919 on the ground of his adultery and desertion. Wikipedia cites a December 1921 biography in Motion Picture Studio in which is suggested that she "had a breakdown which caused her to leave the stage and turn to films". (This biography has to be unreliable though, because it cites her Californian birth falsely (researcher Janice Healey contradicted it by genealogical research in the Australia Birth Index) and Hopson turned to film already in 1910). However, Hopson announced in Motion Picture Studio "that she has completed the biggest deal yet attempted by a woman in British film land" by selling the rights of her films for two years to Butchers. Hopson now owned her own production company Violet Hopson Productions and can be thus considered as a pioneer in the British film world. However, she produced and starred in only one film, The Scarlet Lady (1922, Walter West). According to IMDb, she starred in the following years in films produced by Walter West Productions, such as the sports drama Beautiful Kitty (1923, Walter West), The Stirrup Cup Sensation (1924, Walter West) with Stewart Rome, and The Great Turf Mystery (1924, Walter West) with Warwick Ward. However, her next films, A Daughter of Love (1925) for Stoll Picture Production and Beating the Book (1926) for C&M Productions were again directed by West. Probably Walter West had gone bankrupt then. In his bankruptcy papers he claimed to have married Violet. It’s unclear if this is true. Thomas Staedeli at Cyranos writes that West was indeed her husband. If so, it was probably after this divorce that she suffered a breakdown, as indicated by Wikipedia. Her last silent film was Widecomb Fair (1929, Norman Walker) in which she played a supporting part. Occasionally, she later appeared in early sound pictures. Her final film One Precious Year (1933, Henry Edwards) with Basil Rathbone. After that she retired from the film business. Violet Hopson died (as Elma Kate Worster) in 1973 in a London hospital at the age of 85. 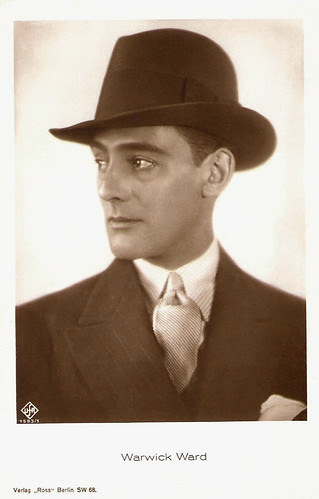