Austrian actress Marte Harell (1907 - 1996) played strong women who determined the events, in several Viennese comedies and operettas of the 1940’s and 1950’s. 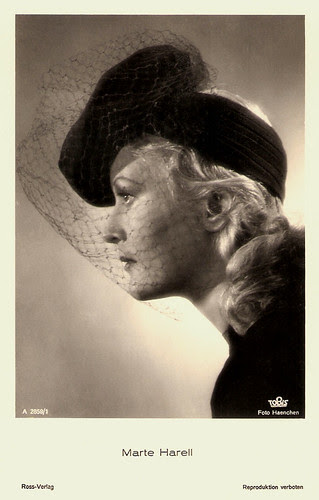 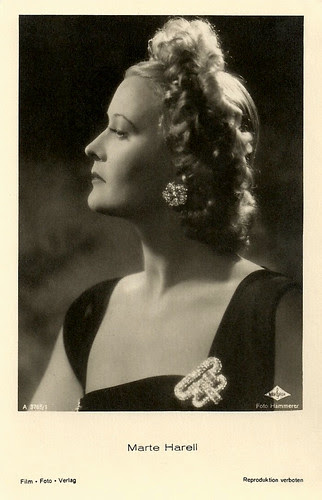 Wiener Mädel
Marte Harell was born as Martha Schömig in Wien (Vienna), Austria-Hungary, now Austria in 1907. She was the daughter of architect Rudolf Schömig and his wife Emilie Mathilde Passetzky. Marte visited a secondary school for girls in Vienna. Her acting career started when she married director Karl Hartl in 1930. She followed acting classes from Margit von Tolnai and attended the Max-Reinhardt-Seminar. At 30, she made her debut at the Kammerspielen des Theaters in der Josefstadt. She worked for theatres in Munich and Berlin, where she was spotted by director Géza von Bolváry at the Deutsches Theater. He asked her for the leading lady tole in his film Opernball/Opera Ball (1939, Géza von Bolváry) opposite Paul Hörbiger. Her film debut at 32 as the typical Wiener mädel (Viennese girl) became an unexpected success. More leading roles followed in Wiener G'schichten/Vienna Tales (1940, Géza von Bolváry) again opposite Paul Hörbiger, and an adaption of the Zeller operetta Der Vogelhändler, Rosen in Tirol/The Bird Seller (1940, Géza von Bolváry) with Johannes Heesters. 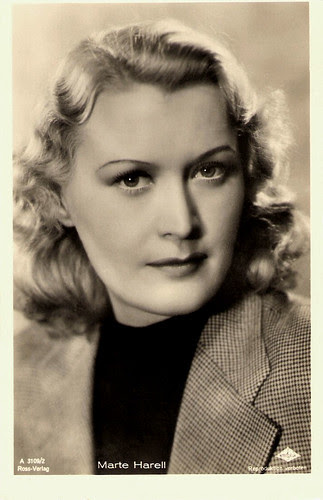 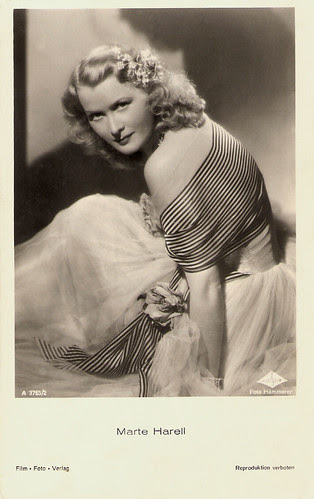 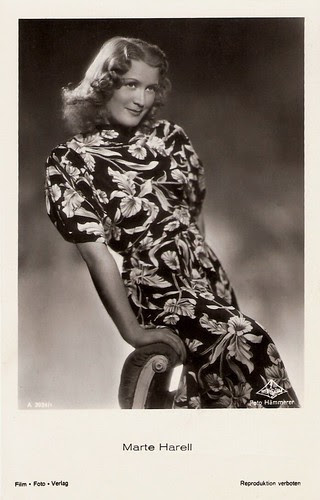 Not a Hollywood-style Glamourpuss
Marte Harell became very busy as an actress for the new founded Wien-Film, when her husband, Karl Hartl, became the production manager of this company. She convinced critics and audiences with her performances in Brüderlein fein/Dear Brother (1941, Hans Thimig), the comedy Die heimliche Gräfin/The Secret Countess (1942, Géza von Bolváry) with Wolf Albach-Retty, Frauen sind keine Engel/Women Are No Angels (1943, Willi Forst) with a young Curd Jürgens, and Tolle Nacht/Great Night (1943, Theo Lingen). She always played the strong woman who determined the events, and was not able to hide her typical Viennese accent. The part of Fiakermilli (Cabby Milli) in the beautiful tragi-comedy-musical Schrammeln (1944, Géza von Bolváry) was her most popular role. For the adaptation of Johann Strauss' comic opera Die Fledermaus/The Bat (1945), she worked again with director Géza von Bolváry, with whom she would make a total of ten films. Harell continued her film career immediately after the Second World War with Glaube an mich/Believe in Me (1946, Géza von Cziffra), but the film was torn to pieces by the critics. Two years later she returned in the romance Nach dem Sturm/After the Storm (1948, Gustav Ucicky), based on a story by Carl Zuckmeyer. Wien Tanzt/Vienna Waltzes (1951, Emil E. Reinert) was an old-fashioned musical extravaganza in the tradition of the pre-war Austrian films. The story centers upon Waltz King Johann Strauss (Adolf Wohlbrück) and his ‘progressive’ composer son Richard, and their terrific music. About the female lead Hal Erickson writes at AllMovie: “The feminine interest in Wien Tanzt is provided by Marte Harell, who refreshingly is not a Hollywood-style glamourpuss.” 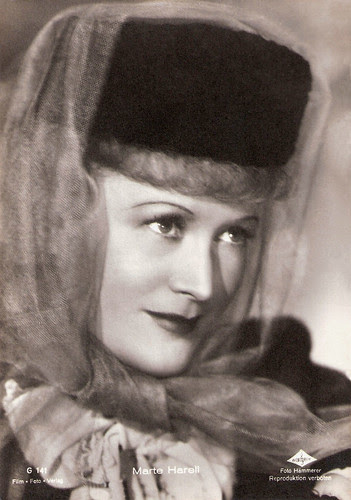 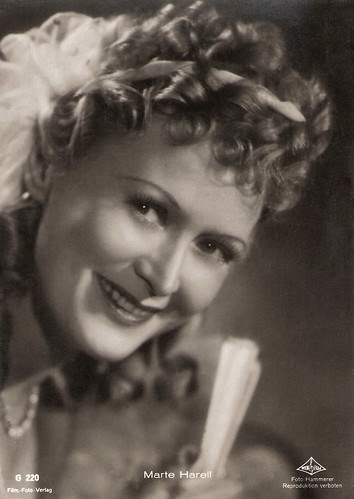 Most Popular Actress
In 1951, the Austrian public chose Marte Harell as the most popular actress, but her film roles became rarer during the 1950's. She appeared in one film a year, among others the comedy Liebeskrieg nach Noten/Love War for Music (1953, Karl Hartl) with Johannes Heesters, the historical thriller Spionage/Espionage (1955, Franz Antel) based on the tragic life story of the homosexual ‘Oberst’ Alfred Redl, and the operetta Im Prater blühn wieder die Bäume/Trees Are Blooming in Vienna (1958, Hans Wolff). In between she had a successful stage comeback and dedicated herself again to the theater. Her last films were the spy yarn Assignment K (1968, Val Guest) starring Stephen Boyd, Abenteuer eines Sommers/Summer Adventure (1974 Helmut Pfandler) starring Matthias Habich, the sex comedy Das Love-Hotel in Tirol/Love Hotel in Tyrol (1978, Franz Antel), and the historical drama Der Bockerer (1980, Franz Antel), about the naïve Viennese butcher Karl Bockerer who refuses to get assimilated by the Nazi system and with his aggressive but charming behavior, and a whole lot of luck, survives the war. During the 1970’s, Marte Harell also worked regularly for television and made guest appearances in series like Hallo – Hotel Sacher… Portier!/Hello – Hotel Sacher… Doorman! (1973), Van der Valk und die Reichen/Van der Valk and the Rich (1975), and the popular Krimi Tatort (1974). In 1985 she was awarded the Filmband in Gold for her longtime and important attributions to the German cinema, and that same year she retired. In 1996 Marte Harell died in Vienna. Her husband, Karl Hartl, had passed away in 1978. In 1951 the couple were divorced, but eight years later they remarried. In 2000 a street was named after her, the Marte-Harell-Gasse in Wien-Liesing.