Bitter Rice
Raffaele Vallone, known as Raf, was born in Tropea, Calabria, Italy in 1916. He was the son of a prominent lawyer and his aristocratic wife. Vallone studied law and philosophy at the University of Turin and entered his father's law firm. He played semi-professional soccer but never realized his dream of becoming a professional athlete. Subsequently, he became a sports reporter for L'Unità, then the official newspaper of the Italian Communist Party, and also a film and drama critic for the Gazzetta del Popolo. During the Second World War, Vallone served with the anti-Fascist resistance. His first film appearance was as a sailor in Noi vivi/We the Living (1942, Goffredo Alessandrini) starring Alida Valli, but Vallone was not interested in an acting career. Originally hired as a researcher on a film about labor unrest, Giuseppe de Santis cast him in 1948 as a respectable sergeant competing with no-good Vittorio Gassman for the love of Silvana Mangano in Riso amaro/Bitter Rice (1949, Giuseppe De Santis). De Santis called Vallone a 'natural actor', and Riso amaro became one of the landmark films of the postwar Italian neorealist movement. Many fans came to see the film solely on the strength of the now-famous production still of the buxom Mangano standing in the rice field wearing tight shorts and torn black stockings. The box office success propelled both Mangano and the handsome Vallone into international stardom, and he ended his journalism career. 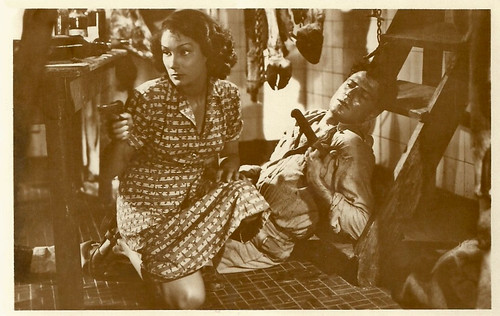 Cast as Jet-setting Playboy
After his spectacular film acting debut, Raf Vallone played a succession of roles as heroic rural types struggling for survival amidst the uncertainties of postwar Italian life. He starred in the neorealist Il Camino Della Speranza/The Path of Hope (1950, Pietro Germi) about the plight of illegal immigration, as experienced by a pair of Sicilian miners. That year he also starred in Il Cristo Proibito/Strange Deception (1950), the film directorial debut of novelist Curzio Malaparte, who also wrote the musical score. The film combines a standard revenge tale with a postwar reenactment of the first four books of the New Testament. Giuseppe De Santis directed him in another exercise in neorealism, Non C'e Pace Tra Girl Ulivi/No Peace Under the Oliver Tree (1950). Vallone was reunited with Silvana Mangano and Vittorio Gassman in the melodrama Anna (1951, Alberto Lattuada). He then started making films in French, German and Spanish too. Vallone co-starred with major actresses like Anna Magnani in Camicie Rosse/Red Shirts (1952, Franco Rosi), Sophia Loren in Il Segno di Venera/The Sign of Venus (1952, Dino Risi), Simone Signoret in Therese Raquin/The Adulteress (1952, Marcel Carné), Martine Carol in La Pensionnaire/The Boarder (1954, Alberto Lattuada), Michèle Morgan in Domanda di Grazia/Obsession (1954, Jean Delannoy), Maria Schell in Rose Bernd/The Sins of Rose Bernd (1957, Wolfgang Staudte) and Carmen Sevila in La Venganza/The Vengeance (1957, Juan Antonio Bardem). Some producers insisted upon casting him again and again as a jet-setting playboy, nattily attired in the latest fashions, a beautiful girl on each arm.

A View From The Bridge
In the 1960’s, Raf Vallone achieved popularity with American audiences, starting with his supporting roles in the Oscar winning drama La ciociara/Two Women (1960, Vittorio De Sica) and the medieval epic El Cid (1961, Anthony Mann), both co-starring Sophia Loren. He also turned to the theatre, scoring a particular triumph in Paris in 1958 when he appeared in Peter Brook's production of Arthur Miller's A View From The Bridge. The role of Eddie, an Italian-American dockworker tormented by desire for his niece, was tailor-made for Vallone, and he reprised it to great effect in the film version, A View from the Bridge (1962, Sidney Lumet). Other roles in American films included The Cardinal (1963, Otto Preminger), The Secret Invasion (1964, Roger Corman), the biopic Harlow (1965, Gordon M. Douglas) starring Carroll Baker, and Nevada Smith (1966. Henry Hathaway) starring Steve McQueen. Among his European films were Phaedra (1962, Jules Dassin) starring Melina Mercouri, Volver a Vivir (1967, Mario Camus) and La Morte Risale A Ieri Sera/Death Took Place Last Night (1970, Duccio Tessari). During the 1970's he appeared in such resounding failures as The Kremlin Letter (1970, John Huston), Rosebud (1974, Otto Preminger), and like John Exshaw wrote in The Indepent: “a slew of trashy melodramas in which Vallone's perpetually pained expression was presumably unfeigned.” He was memorable though as the Mafia boss Altabani in the original The Italian Job (1969, Peter Collinson) starring Michael Caine. He also played many priests during his long career, culminating with the well-rounded portrayal of Cardinal Alberti in The Godfather: Part III (1990, Francis Ford Coppola). This priest, the confessor of mobster Michael Corleone (Al Pacino), becomes pope and is then murdered by the Mafia. After this role he began curtailing his film work. In 2001 Vallone published his autobiography, L'alfabeto della memoria. One year later he died in Rome. Raf Vallone was married to actress Elena Varzi from 1952 until his death in 2002. They had three children, two of whom are actors, Eleonora Vallone and Saverio Vallone. 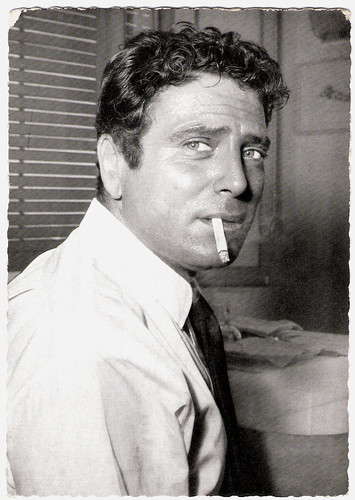