Austrian film and television actor Helmut Berger (1944) is most famous for his work with Italian director Luchino Visconti. For his performance as King Ludwig II of Bavaria in the modern classic Ludwig (1972), he received a special David di Donatello award. 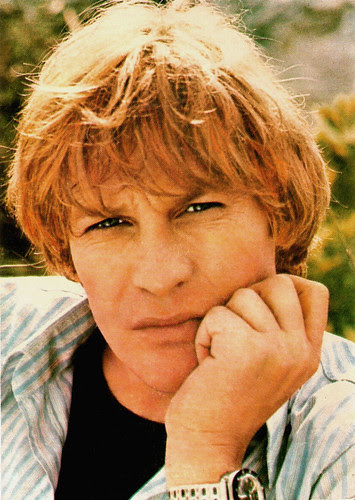 The Film Capital of Europe
Helmut Berger was born Helmut Steinberger in Bad Ischl, Austria in 1944. There, his parents ran a humble pub after the War. His father was held a prisoner of war by the Russians and didn’t return until three years after the War was over. Young Helmut’s wish to be an actor caused much argument with his parents who wanted him to go into the hotel business. He had to help serve beer and to study for a hotel diploma. At age eighteen, he moved to London, England, where he worked as a waiter to pay his way through drama school, and also joined a small theatre. With the aim of becoming an international actor he joined Perugia university to learn Italian, English, and French. He spent some time in France, where his acting career began in commercials and a bit role in La Ronde (1964, Roger Vadim) with Anna Karina. Berger then moved to Rome, at that time the film capital of Europe. He was noticed by Luchino Visconti during the shooting of Vaghe stelle dell'Orsa/Sandra (1964, Luchino Visconti) featuring Claudia Cardinale. Berger was shivering in the cold and Visconti told an assistant to offer a cashmere muffler. The next day Visconti invited Berger for lunch, and so began their relationship. They stayed ‘longtime companions’ till Visconti’s death, twelve years later. Berger got his first real role opposite Silvana Mangano in the episode La Strega Bruciata Viva/The Witch Burned Alive (1967, Luchino Visconti) of the anthology film Le streghe/The Witches (1967). He had his international breakthrough as the young heir Martin von Essenbeck in La caduta degli dei/Götterdämmmerung/The Damned (1969, Luchino Visconti) starring Dirk Bogarde and Ingrid Thulin. This drama tells about the collapse of a wealthy, industrialist family during the reign of the Third Reich. In what is perhaps his best-known scene, Berger mimics Marlene Dietrich as Lola Lola in Der blaue Engel/The Blue Angel (1930, Josef von Sternberg). Berger was nominated for a Golden Globe Award for his role. In Ludwig (1972, Luchino Visconti), Berger portrays Ludwig II of Bavaria from his blooming youth, to his dissolute final years. In 1973, he won a David di Donatello – the Italian equivalent of an Academy Award – for this amazing performance. Berger also starred with Burt Lancaster in Gruppo di famiglia in un interno/Conversation Piece (1974, Luchino Visconti). Berger often portrayed anguished souls and sinister villains and Visconti is said to view Berger as the very image of his idea of a "demonic, insane and sexually perverted" man. 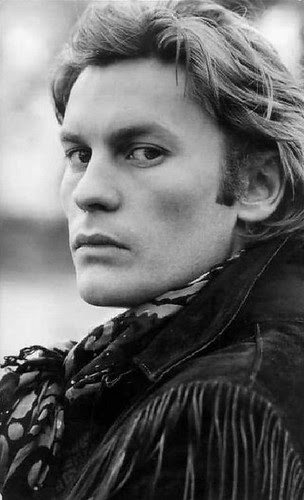 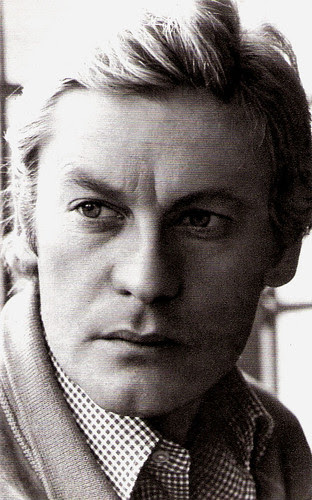 The Most Sought-after Young Actor of his Time
On his 30th birthday, Helmut Berger was the most sought-after young actor of his time, and not only was he young and extraordinarily beautiful, he was also a uniquely gifted actor. Although his private and professional relationships with Visconti had brought him to the attention of the press and had made him a star, his career counted other highlights and continued after the maestro’s death in 1976. In between the Visconti films he had also starred in the horror thriller Dorian Gray (1970, Massimo Dallamano) with Richard Todd, Un beau monstre/A Strange Love Affair (1971, Sergio Gobbi) opposite Virna Lisi, and Ash Wednesday (1973, Larry Peerce) starring Elizabeth Taylor. He also worked with such noted directors as Vittorio De Sica at the Academy Award winning Il giardino dei Finzi Contini/The garden of the Finzi-Continis (1970) playing the consumptive brother of Dominique Sanda, Duccio Tessari at the thriller Una farfalla con le ali insanguinate/The Bloodstained Butterfly (1971), and Joseph Losey at The Romantic Englishwoman (1975) with Glenda Jackson and Michael Caine. After Visconti’s death, he appeared throughout the 1970’s in films as Salon Kitty (1975, Tinto Brass) with Ingrid Thulin, the action drama Victory at Entebbe (1976, Marvin J. Chomsky) and Das fünfte Gebot/The Fifth Commandment (1978, Duccio Tessari). His film career was temporarily broken up in the early 1980’s when he battled an alcohol problem. Berger has also worked in television, most notably in the role of Peter De Vilbis in the 1983-1984 season of the soap opera Dynasty, opposite Joan Collins. He confessed he did it only for the money: "crying on the way to the set but laughing on the way to the bank". This was not his last appearance in a television series, as English Wikipedia claims. Later, he appeared in the TV mini-series I promessi sposi/The Betrothed (1989, Salvatore Nocita) and he had a supporting part in The Godfather: Part III (1990, Francis Coppola). He returned as King Ludwig II in Ludwig 1881 (1993, Donatello Dubini, Fosco Dubini). According to IMDb reviewer dmk2, Berger added “subtlety and experience to the role he played in the original film Ludwig (1972). It's not often an actor gets to play the same role in a different film. Helmut Berger's portrayal of Ludwig was good in Ludwig (1972). In Ludwig 1881, he plays Ludwig again with all the experience he has gathered since the original film. Donatello Dubini and Fosco Dubini have produced a wonderful script, managing to tempt Helmut Berger back to play Ludwig again. The result is a King Ludwig II of more depth and subtlety and a poignant film with beautiful scenes of the Swiss lake.” Numerous French, Italian, German films followed, but few directors used his gifts with the same skill as Visconti had. Berger had affairs with both men and women. In 1994 he married Francesca Guidato, but they live separated nowadays. His autobiography Ich (Me) was published in 1998. In this memoir he referred to his relationships with Visconti as a ‘marriage’ and wrote he was the director's widow. He also very modestly attributed his acting achievements to Visconti's directing. In 2004, he returned to his hometown Salzburg. Three years later, he received a special Teddy Award at the 57th Berlin International Film Festival (2007) for his overall professional achievements, and in 2011, he received a Kristián Award at the Czech film festival Febiofest ‘for Contributions to World Cinema’. Helmut Berger is still appearing in films and TV series regularly. In the British thriller Iron Cross (2009, Joshua Newton) starring Roy Scheider, he played Shrager, an aging character believed to be an old SS commander responsible for murdering Jews during World War II. Berger also starred in two films directed by Peter Kern – Blutsfreundschaft/Initiation (2009), and Mörderschwestern/Killer Sisters (2011).

Ah, you must be so proud of your son--I loved what you wrote about him!

I do remember this actor from Dorian Gray. His face is so distinctive. It is so sad he battled with substance abuse--so many people do.

He left quite a legacy behind! Thank you for joining us for PFF! It is GREAT to see you here.

Thanks Beth. You're a doing such a nice job with PFF.

Berger is quite a character. He was so handsome and a much better actor than people thought at the time. How would his career have developed if Visconti had lived on? But Berger loved the jet-set life and the drugs, so maybe it would not have been very different.