In 1900, Arturo Varischi and Giovanni Artico became the owners of the portrait studio and photo laboratory of Leone Ricci in Milano, Italy, where they had both been trained.

Ricci had started his daguerreotype business already before 1850 and thus was one of the earliest photographers in Milano. His studio had a long history of portraying the Milanese bourgeoisie and aristocracy and Varischi & Artico Company continued this tradition.

Giovanni Artico was born in Vittorio Veneto in 1868. After his studies in chemistry, he established himself in Milan.

Like many young contemporaries, he was interested in the upcoming business of photography. He choose to start working in the portrait studio of Leone Ricci.

On postcards the credit reads: Fot. Varischi & Artico - Milano - as on the postcard above.

Performers of the Scala


Arturo Varischi and Giovanni Artico soon gained a reputation for their infant portraits.

They were also known for their ability in attracting famous artists to their studio. Renowned opera performers from the Scala flocked to Varischi & Artico Co. for their publicity by use of souvenir photographs and picture postcards.

They also attracted famous musicians like Arturo Toscanini, stage actors and writers to their studio. Soon also the first film stars were portrayed by them.

One of their most popular subjects was the first diva of the silent Italian cinema, Lyda Borelli. Notable is also their series of colour portraits.

Arturo Varischi died prematurely. In 1923 Artico took over on his own and transformed the 19th century portrait studio into a modern business.

Giovanni Artico died in 1930, and his widow, Regina Trelancia, continued the activities till 1933. Later their son Carlo Artico also became a photographer and reopened a Studio Artico in Milan.

In the archive of Studio Artico there are about 70 original photos of famous personalities like author Giovanni Verga and actress Tina de Lorenzo, which were signed by the sitters. They show the artistry and craftsmanship of Artico. Many prints of his work can be found in archives all over Italy, especially in Milan.

Wonderful images from the past, Thanks for sharing them. 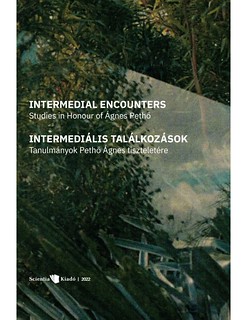