Glamorous French actress Lise Bourdin (1925) is known for her roles in international films during the 1950s. Among her best known films are La donna del fiume/The River Girl (1954) and the Billy Wilder classic Love in the Afternoon (1957). 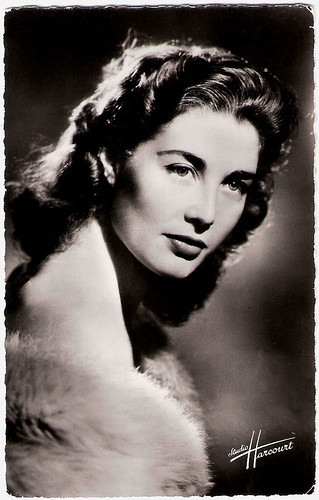 
Lise Bourdin was born as Louise Marie Odette Bourdin-Perrier in 1925 in Néris-les-Bains, Allier, France. She was the sister of radio maker and orchestra leader Roland Bourtin.

Lise began her career as a model and 1948 she toured the United States on behalf of American Aid to France, Inc., and the American Overseas Aid-United Nations Appeal for Children as well as to celebrate the 100th anniversary of the rededication of L’Arc de Triomphe.

Then followed her breakthrough with a co-starring part in a ‘shocking’ drama about unwed mothers, Les enfants de l'amour/Children of Love (Léonide Moguy, 1953) starring Etchika Choureau. The now completely forgotten film was an international success, promoted in the US with taglines like “Unwed Mothers! They Come From Everywhere, From Every Class” and “Startling! Shocking! Rips the Veil of Secrecy From Love's Most Shameful Sin!” The beautiful starlet soon appeared in films outside of France. 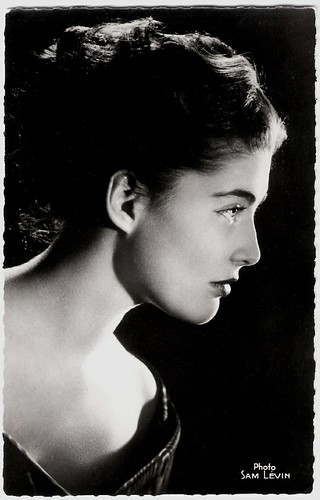 She also appeared in the American TV series Sherlock Holmes (1955), which was filmed in France. One of her best known roles is Madame X, seduced by Gary Cooper in Love in the Afternoon (Billy Wilder, 1957).

That year she also played a princess in the French adventure film La rivière des trois jonques/The River of Three Junks (André Pergament, 1957) and was one of the beautiful ladies around two-fisted Eddie Constantine in the crime film Ces dames préfèrent le mambo/Dishonorable Discharge (Bernard Borderie, 1957).

In Germany she appeared in the Caterina Valente vehicle ...und abends in die Scala/And that evening in the Scala (Erik Ode, 1958) and back in France in Quai des illusions/Avenue of illusions (Émile Couzinet 1959) starring Gaby Morlay.

In 1963, she married Roberto Seabra, a wealthy Brazilian, whom she divorced again in 1965. In 1974 she became the partner of Raymond Marcellin, Interior minister of France. 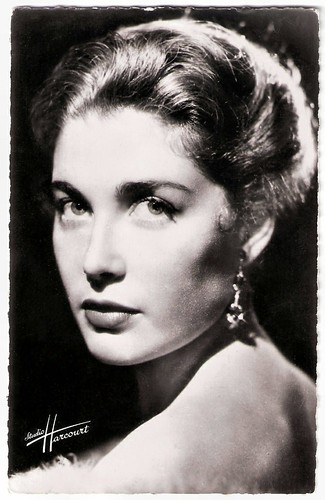