German actor, singer and TV-show presenter Peter Garden (1924) was the ‘beautiful man’ in films of the Wirtschaftswunder era. Like his Hollywood equivalent Rock Hudson, he often posed shirtless for beefcake photos. He was at the height of his popularity in the late 1960s, when he presented two TV shows. But 'Black Peter' had a dark past which abruptly finished his showbiz career.

Peter Garden was born as Karlheinz Rothmayer in München (Munich), Germany, in 1924. He was the son of the singer Karl Rothmayer.

After his military service he attended the Musikhochschule Salzburg (the college of music in Salzburg) and in 1947, he went to the Volksoper München (the People's Opera Munich).

In the early 1950s he worked at the Bayerischen Staatsoperette (Bavarian state operetta). He also made his film debut at that time. After two years at the Stadttheater Bern (the Municipal theatre in Bern) he finished his stage career and returned to Munich to devote himself intensely to his film career.

In 1959, he divorced his first wife, actress Christiane Jansen.

In the early 1960s the German cinema declined, and there were no more film roles for Peter Garden. He kept working for stage and TV.

As a singer he appeared in several TV-operettas like Viktoria und ihr Husar/Viktoria and her Hussar (1965) at the side of such stars as Johannes Heesters and Rudolf Schock.

He played in Krimis (the typical German crime series) like Das Kriminalmuseum (1963-1964), and in the musical Polenblut/Polish Blood (Wolfgang Liebeneiner, 1966).

He often performed together with his second wife, Margit Nünke, Miss Germany 1955 and Miss Europe 1956.

In the late 1960s, he was seen in dubious film comedies like Pudelnackt in Oberbayern/Completely Naked in Upper Bavaria (Hans Albin, Hans Billian, 1969) and Hugo der Weiberschreck/Hugo, the Woman Chaser (Hans Albin, 1969).

He also worked as a singer and recorded the lp Herzlichst Ihr Peter Garden. He sang a duet with Margit Nünke, Jede Woche, die hat 7 Tage (Every Week Has Seven Days). 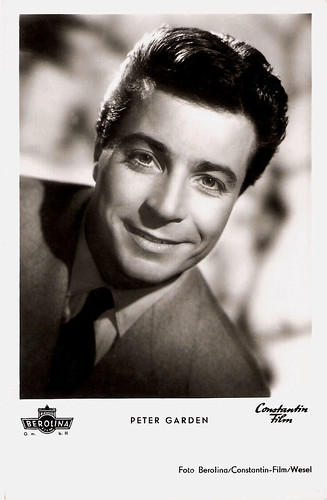 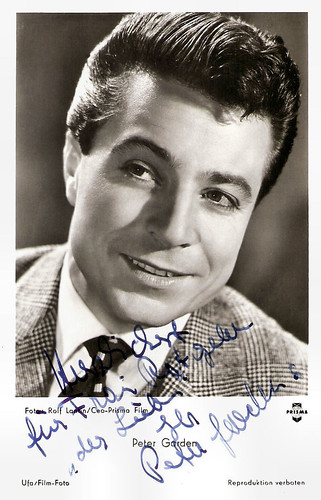 In the late 1960s, Peter Garden was at the height of his popularity, but parallel to his rising television popularity his past caught up with him.

German Wikipedia writes that already in 1967 penal preliminary proceedings were opened in Berlin against him because of his behaviour during the Nazi period. There were several press reports about a dark, unknown past of the 'Sunny boy'. In 1944, Garden/Rothmayer had been active in Salzburg as a paid Gestapo confident.

One of his victims, Alexander Anders, was quoted in the German magazine Der Spiegel: Garden/Rothmayer had thrown "a row of outstanding Salzburg citizens and families in trouble and misery". As a result of Garden's denunciation, Anders himself was arrested in Salzburg by the Gestapo and was condemned by a special court to three-year prison because of listening to foreign radio stations.

Anders and the Salzburg actor Herbert Fux started a petition in Salzburg and other places with the aim to reach a dismissal of Garden as a TV-host by the ZDF (the Second German Television Channel). After this the ZDF and their 'Black Peter' separated their ways.

Garden disappeared nearly completely from the public view and tried his luck as an inventor. In the 1970s he patented strange inventions like extendable shoes and folding ski in the US. 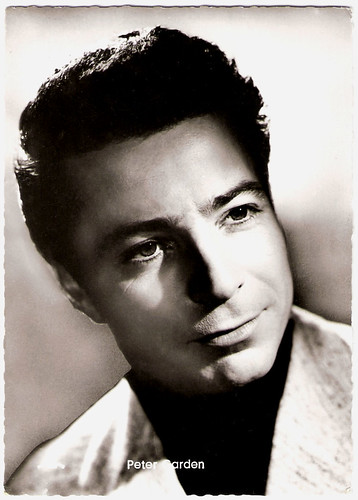 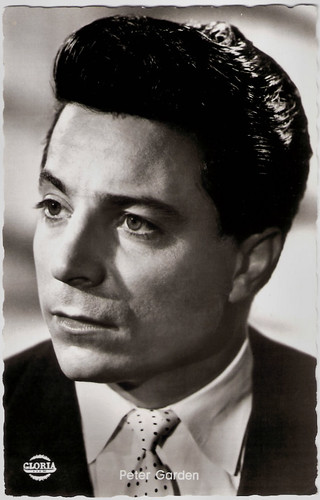