She made her stage debut as a teenager next to Eleonora Duse in La Gioconda by Gabriele D'Annunzio. Emma's physical appearance was far from flashy, but she showed an elegantly incisive interpretive charge.

Emma was the first actress at the stage companies of some of the most prestigious names in the Italian theatre of the late 19th and the early 20th century, such as Ermete Zacconi, Flavio Andò, Enrico Reinach and Ermete Novelli.

In the 1910s she formed the famous company Gramatica-Carini-Piperno, in which many great actors had their formation such as Renzo Ricci and Lola Braccini.

In 1916 she debuted on the silver screen as a marriage wrecker in Quando il canto si spegne/When the hand goes out (Emilio Graziani-Walter, 1916), opposite Luigi Serventi and produced by the Milanese company General Film. Even if praising her stage qualities, the press condemned her for her looks and theatricality, and didn’t accept her as the mistress for which a man breaks up his marriage. Gramatica got the message and stayed away from the screen until the arrival of sound cinema in Italy. 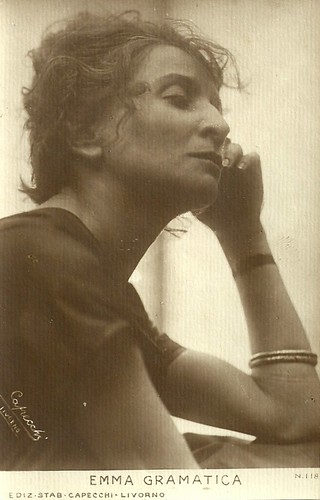 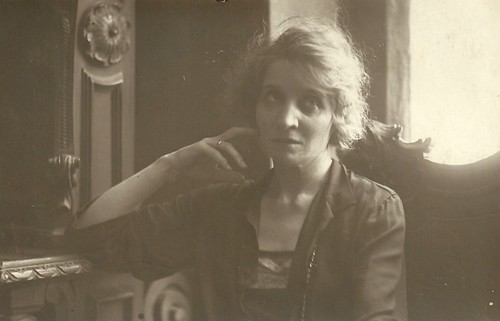 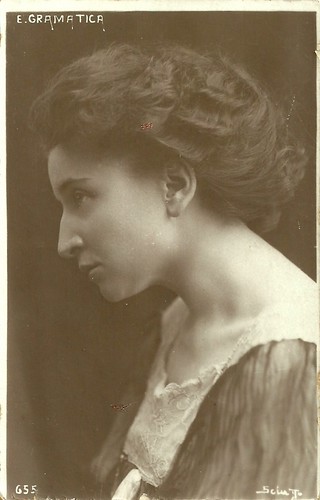 From the early 1930s, Emma Gramatica did prose on radio, first with EIAR and later also with RAI. Gramatica was an actress of the old naturalist school, of acute and pathetic tones.

At a high age she started a successful film and television career, probably debuting in La vecchia signora/The Old Lady (Amleto Palermi, 1931) as an impoverished lady who sells chestnuts on the streets to support her niece.

In Sorelle Materassi/The Materassi Sisters (Ferdinando Maria Poggioli, 1944), she and her sister Irma played two old spinsters, and in Miracolo in Milano/Miracle in Milan (Vittorio De Sica, 1951) she played old Lolotta who finds baby Totò (Francesco Golisano) among the cauliflowers in her garden and raises him with an optimist and kind outlook. She also appeared in Don Camillo Monsignore ... ma non troppo/Don Camillo: Monsignor (Carmine Gallone, 1961).

Emma Gramatica received awards and honors in Italy and also the Legion of Honor in France. She died in 1965 in Ostia, near Rome, and rests in the family tomb in the cemetery of Signa, with her sister Irma and their parents.

Italian/German postcard by NPG, no. 7. Back: ASC Diffida.