Linda Cristal (1934) is an Argentine-American actress. She appeared in a number of Westerns during the 1950s, before winning a Golden Globe Award for her performance in the comedy The Perfect Furlough (1958). From 1967 to 1971, Cristal starred as Victoria Cannon in the popular TV series The High Chaparral, for which she won a Golden Globe Award in 1968. 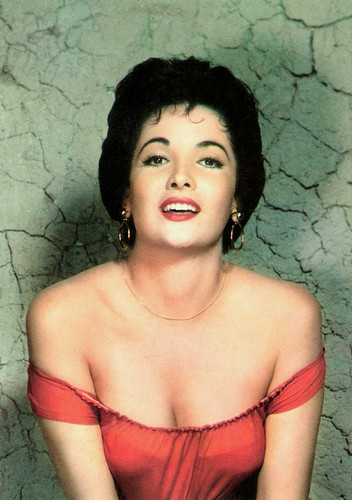 Italian postcard by Rotalcolor, Milano, no. 115. 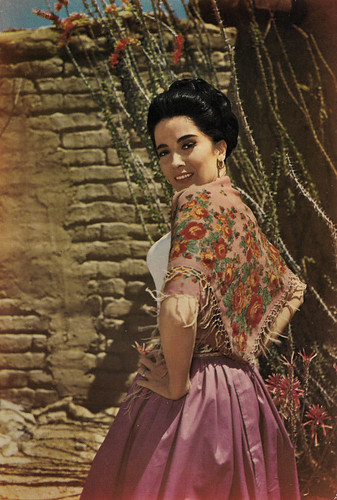 New Star of the Year


Linda Cristal was born as Marta Victoria Moya Peggo in Buenos Aires, Argentina, in 1934. She was the daughter of a French father and an Italian mother. Her father was a publisher who moved the family to Montevideo, Uruguay, because of political problems.

In 1947, Linda and her parents were involved in a road accident near Buenos Aires in Argentina. She survived, but her parents were killed. Linda was 13 at the time. She had two brothers, but of them had died prematurely.

Her education came at Conservatoria Franklin in Uruguay. She learned to speak different languages, such as French, Spanish, Italian, and English.

In 1952, she was discovered by Mexican producer-director Miguelito Aleman, son of the Mexican president, Miguel Aleman. He gave her a bit part in the Mexican crime drama Cuando levanta la niebla/When the Fog Lifts (Emilio Fernández, 1952) starring Arturo de Córdova.

After she started her acting career. she altered her birth name to Linda Cristal. This was a common practice for actors and actresses in that period. In the following four years, Cristal did nine films in Argentina and Mexico for Aleman.

Her first English-language role was as Margarita in the Western Comanche (George Sherman, 1956) with Dana Andrews.

She won a Golden Globe Award for New Star of the Year for her part as Sandra Roca - the Argentine Bombshell in the romantic comedy The Perfect Furlough (Blake Edwards, 1958) with Tony Curtis and Janet Leigh.

John Wayne asked her to play the part of Flaca in his epic The Alamo (John Wayne, 1960), and then she had a key role in the Western Two Rode Together (John Ford, 1961) starring James Stewart and Richard Widmark. 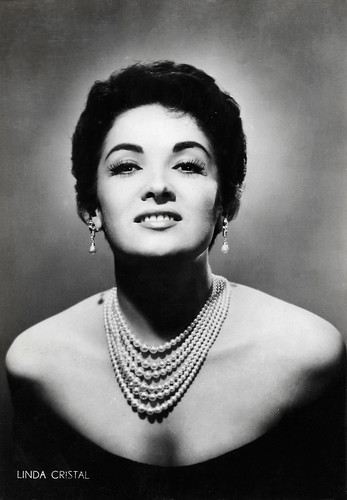 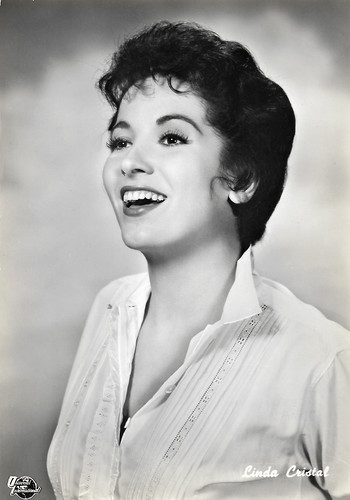 
Along with these and other film roles, Linda Cristal appeared in episodes of network television series. She played a kidnapped Countess opposite Eric Fleming and Clint Eastwood in an episode of Rawhide (1959).

On television, Cristal also played the female matador Gitana in an episode of The Tab Hunter Show (1961), and appeared in an episode of Voyage to the Bottom of the Sea (1964) with Richard Basehart and Dan Hedison.

Cristal semi-retired in 1964 to raise her two children. She was coaxed out of retirement when she became the last cast member to be added as a regular on the NBC series The High Chaparral (1967-1971), starring Leif Erickson and Cameron Mitchell. Her performance in the series, as Victoria Cannon, earned her two more Golden Globe nominations (winning Best Actress - Television Drama in 1968) and two Emmy Award nominations.

Cristal worked sparingly after The High Chaparral, with a few television and film roles, such as the film Mr. Majestyk (Richard Fleischer, 1974) starring Charles Bronson, and the television miniseries Condominium (Sidney Hayers, 1980) with Barbara Eden.

In 185 she returned to Argentina, where she appeared in the starring role of Victoria "Rossé" Wilson on the  soap opera Rossé (Mario Bellocchio, 1985). Her last role was a guest part in an episode of the long-running American daytime drama General Hospital (1988).

Linda Cristal was married thrice. Cristal wed for the first time in 1950 to Tito Gomez, when she was just 16-years-old. The marriage was annulled after five days in the same year. In 1958, she married business man Robert Champion, half-brother of dancer-actor Gower Champion. The secret wedding was made public only after a month. The marriage soon got bitter when Robert got a job in Venezuela, and the couple had to live far from each other for most of the time. They divorced in 1959.

In 1960, she wed Yale Wexler, a former actor who worked in real estate and was a multi-millionaire. The couple divorced in 1966. With Wexler, she has two sons, Gregory S. (1962) and Jordan R. (1963). Linda was granted the custody of both her sons. Away from acting, she became a successful realtor and started an import/export business of her own. Nowadays, she reportedly relishes her retirement life in California with her children. 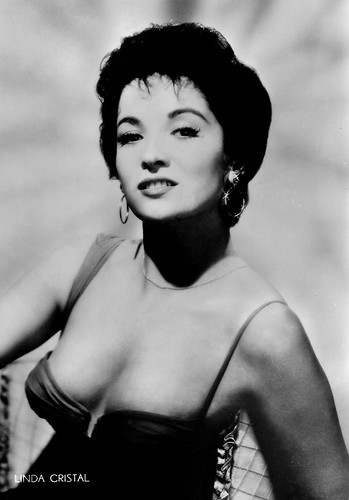 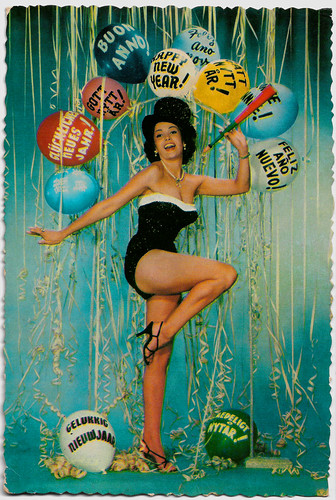