Michela Belmonte (1925-1978) was an Italian film actress of the Fascist era and the younger sister of film star Maria Denis. She was discovered by Roberto Rosselini, but after only three films, she left the film business. 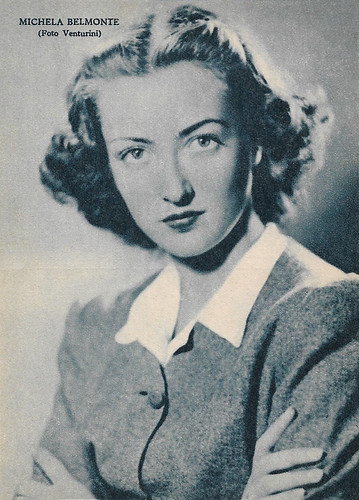 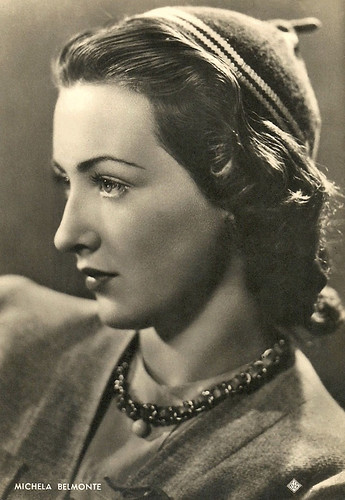 To Rome to try to get into the film

Michela Belmonte was the stage name of Michela Beomonte, who was born on Padoa in 1925.

After attending secondary school, Belmonte moved to Rome to try to get into the film.

She was noticed by Roberto Rossellini who hired for a small part opposite Massimo Girotti in Un pilota ritorna/A Pilot returns (Roberto Rossellini, 1942). The film forms part of Rossellini's 'Fascist trilogy' along with La nave bianca/The White Ship (1941) and L'uomo dalla croce/The Man with a Cross (1943). It was made with the co-operation of the Italian Air Force

Yet, this part was impressive enough for Mario Mattoli to let her play one of the protagonists of the war drama I tre aquilotti/The Three Pilots (Mario Mattoli, 1942) with Leonardo Cortese, Carlo Minello and Alberto Sordi. It was shot at the Cinecittà Studios in Rome and at the Accademia Aeronautica in Caserta.

In 1943 she made her third and final film, the comedy Il nostro prossimo/Our Neighbour (Gherardo Gherardi, Giuseppe Aldo Rossi, 1943), and with Belmonte starring alongside Antonio Gandusio, Maurizio D'Ancora, Rina Morelli and Paolo Stoppa.

Following the overthrow of Benito Mussolini's regime in 1943, she retired from acting. In her later career, she focused on literature and archeology.

Michela Belmonte passed away in Alicante in Spain in 1978. She was only 52. 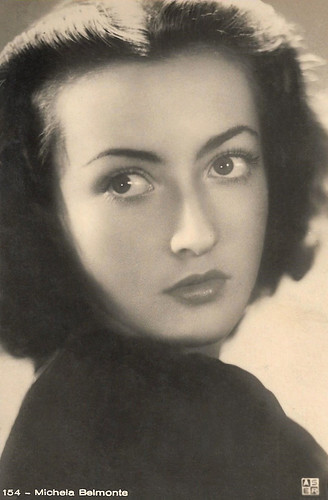 Italian postcard by ASER (A. Scarmiglia Edizioni Roma), no. 154. 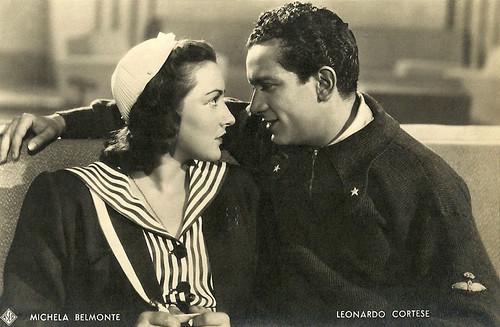 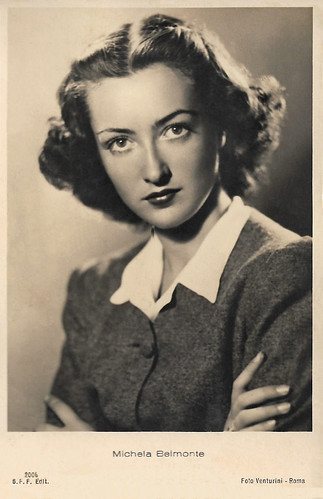 
Congrats for your work, I can't think of anything as marvellous as this in the net. I' m searching for a postcard depicting an opera singer with a pose of rage and the mouth open. Could you help me? Thanks a lot

Thanks. A postcard of a singer with his/her mouth open in rage is a rare item. I checked our album Opera singers at Flickr for you but could not find such a postcard.