During the 1920s, Frieda Riess (1890-1957) was a highly successful German portrait photographer who ran a prestigious studio in the centre of Berlin. Many of her expressive star portraits found their way to newspapers, magazines and to postcards. 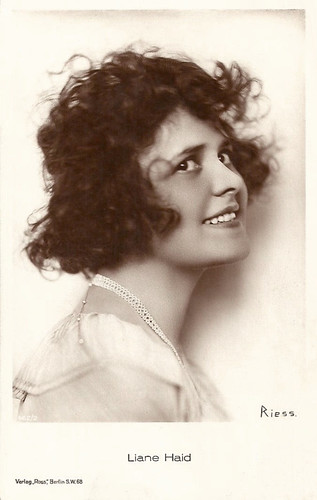 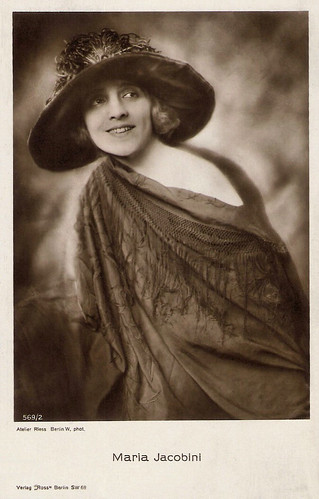 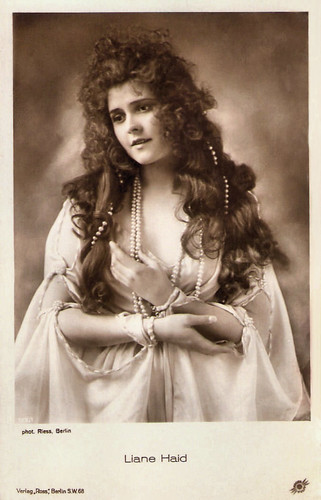 
Red-haired Frieda Gertrud Riess was born in 1890 in the Western Prussian town of Czarnikau (now Czarnków in Poland) where her Jewish parents were shopkeepers. At the end of the 1890s, the family moved to Berlin.

There Frieda first studied sculpture under Hugo Lederer (c. 1907) and later photography at the Berlin Photographischen Lehranstalt. She received her diploma in the summer of 1915.

In 1917 or 1918, she opened a photo studio on the prestigious Kurfürstendamm in the centre of Berlin. It became one of the most popular photo studios in the city.

Partly as a result of her marriage to the poet and journalist Rudolf Leonhard in 1918, she extended her clientele to celebrities such as playwright Walter Hasenclever, novelist Gerhart Hauptmann, the painters Max Liebermann and Marc Chagall, the famous dancer Anna Pavlova, and actors and actresses including Tilla Durieux, Asta Nielsen, Mistinguett, Lil Dagover, Ernst Lubitsch and Emil Jannings.

After her divorce from Leonhard in 1922, her circle of illustrious clients extended to politicians, aristocrats, cardinals and bankers.

Hans-Peter Schwanke at Kunstmarkt.com: “In her portraits, Riess combined soft-edged effects and subtle shades of grey of the classical art photography with modern visual elements such as under- and top views, the near camera point of view, the emphasis of moods, or dynamic diagonals to the imagination of movement. Striking is her extremely keen sense of what was publicly allowed to disclose and what not. Among the most impressive examples of her erotic portraits is the one of [sculptor] Renée Sintenis with refined bare shoulders and her nude pictures of boxer Erich Brandl that comes near to the limit of the permissible.” 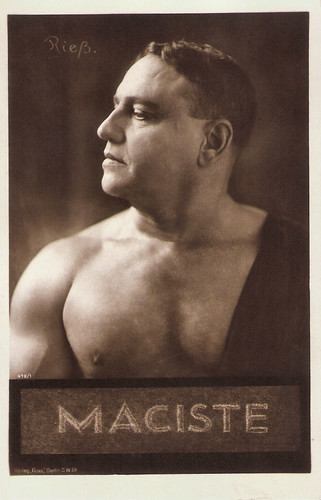 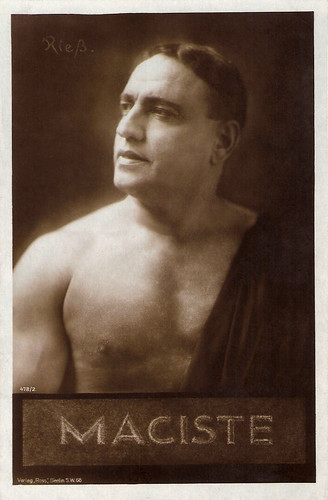 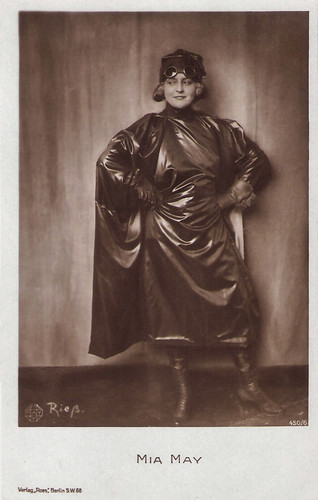 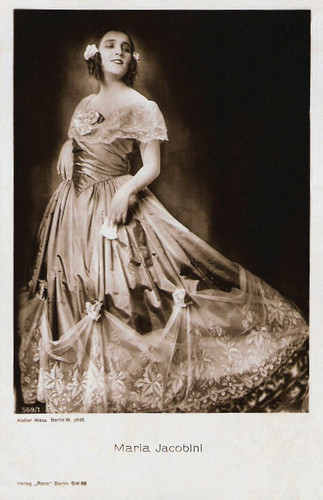 
In 1925, Alfred Flechtheim, the influential Berlin collector and dealer of Modern Art, asked Frieda Riess to do a solo exhibition in his gallery. “I have asked Rieß for an exhibition of her photographs, because she creates art using lenses and rubber balls”, Flechtheim wrote in the catalogue.

Kraftgenie at his blog Weimar: “At that time it was somewhat surprising for one of Berlin’s leading art dealers to show photographs, and the fact that he refers to photography as art invited particular attention.” The show with 177 portraits increased the already high appreciation of Riess further.

Between 1926 and 1930, she regularly presented her photographic work in her own salon, which became an exclusive meeting place. She invited international guests to her studio who raved about her work and recommended it in their literary and aristocratic circles abroad.

Writer Vita Sackville-West wrote to Virginia Woolf in London of the circle that gathered for tea in Riess’ studio: "Shifty figures between exquisite portraits". Riess herself also travelled to Paris, London and Rome, where she moved in upper social circles.

While on a trip to Italy in 1929, she was invited to photograph Benito Mussolini. In addition, she contributed to the journals and magazines of the day including Die Dame, Berliner Illustrierte Zeitung, Der Weltspiegel, Querschnit and Koralle.

Her success in Berlin was however short-lived. In 1932, after falling in love with Pierre de Margerie, the elderly French ambassador in Berlin, she moved to Paris with him, disappearing from the public eye.

About Riess’ further life in France is little known. At the end of the 1930s, she became ill and paralyzed. She survived the German occupation of Paris in seclusion. According to Timm Starl at Fotokritik, she died alone and impoverished in 1957.

In 2008, a retrospective of Frieda Riess’ work was held in the Berlinische Galerie. Marc Peschke at Photo Scala: “300 rediscovered prints can be seen of her tens of thousands, that are now considered lost. Examples of subtle expressionism, a dynamic portrait art that combines realism with profundity. The poet Max Hermann-Neisse wrote about his portrait by Frieda Riess: ‘Who saw this picture, will recognize me. And so full of knowledge are almost all portrait photos by Riess.’" 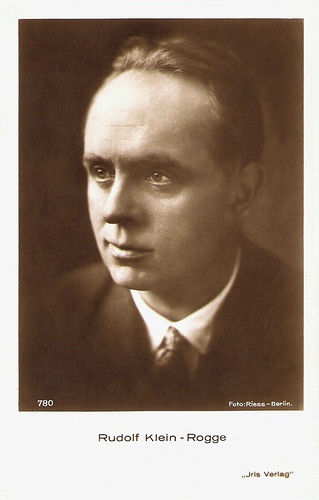 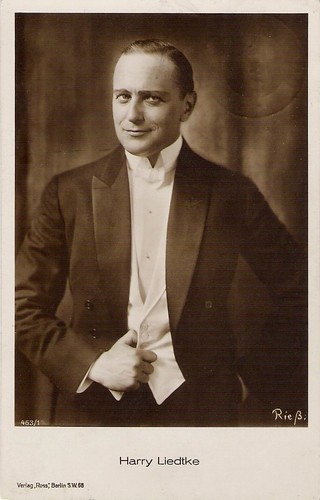 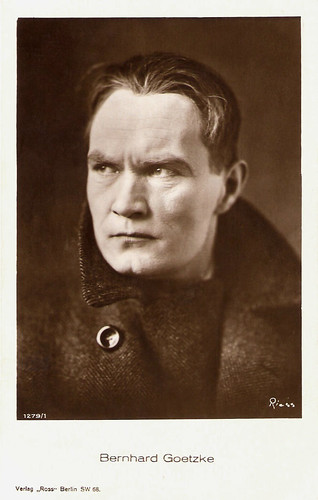 This was the last post - for now - in our series on film star photographers. For earlier posts, see the links at right under the caption 'The Photographers'.