Beautiful Swiss actress Marthe Keller (1945) appeared in several French, Italian and German films but she became a star when she played a beautiful princess in the TV series La demoiselle d'Avignon/The lady of Avignon (1972). She then seemed to make it big in Hollywood with an award-winning role in Marathon Man (1976) and a much-publicised affair with Al Pacino. But the failure of Fedora (1978) halted a major international film career. She continued to act in European productions, and since 1999, she has had a new career as an opera director. 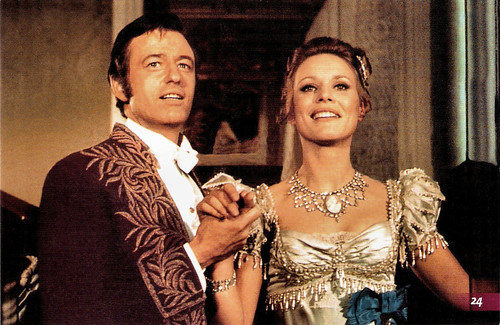 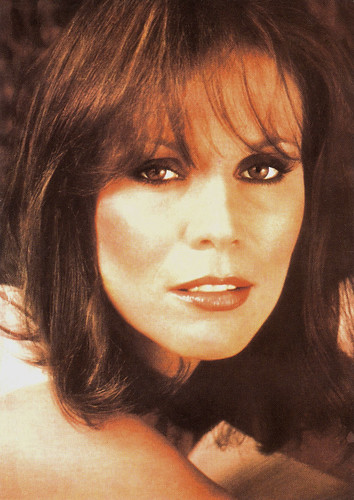 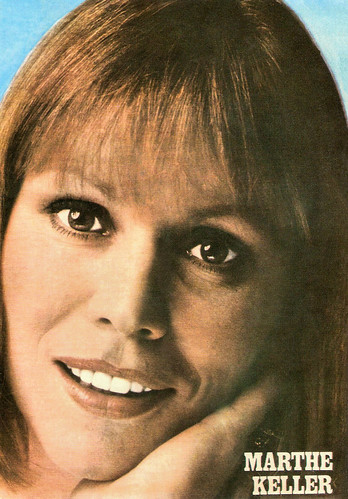 
Marthe Keller was born on a horse farm located near Basel, Switzerland in 1945. She studied ballet as a child, but stopped after a skiing accident at age 16 and changed to acting. She studied three years at the Stanislavsky School in Munich and meanwhile modeled to pay the rent.

She worked in Berlin at the Schiller Theater and the Berliner Ensemble. From 1964 on, Keller appeared in German TV films like Der trojanische Krieg findet nicht statt/The Trojan war will not take place (Franz Josef Wild, 1964) and Corinne und der Seebär/Corinne and the Fur Seal (Thomas Engel, 1966).

In Paris, she also played on stage as Sheila in Peter Nichols's 'Un jour dans la mort de Joe Egg' (A Day in the Death of Joe Egg) (1970). For this part, she was awarded the French Critics' Award for the best stage performance. In the following years, she appeared in a series of French films, including Un cave/A Loser (Gilles Grangier, 1971) opposite Claude Brasseur, and the comedy La vieille fille/The Old Maid (Jean-Pierre Blanc, 1972) starring Annie Girardot.

Another medium made her a star though. She won the hearts of millions of European TV viewers as Princess Kristina of Kurland aka Koba Lye-Lye in the popular series La demoiselle d'Avignon/The lady of Avignon (Michel Wyn, 1972). Nicholas Rhodes reviews it at IMDb: “This series is a piece of pure magic (...) and captivated the whole of France (99.4 percent of satisfied viewers at the time!). Although the picture quality is pretty bad, the story itself and the sets are absolutely magnificent. It's all about a love affair between a Frenchman whose mother owns a chateau near Avignon and a princess from the imaginary country of ‘Kurland'”

She followed the successful series with a leading role in the romance Toute une vie/And Now My Love (Claude Lelouch, 1974), and a part opposite Marcello Mastroianni in the Italian-French drama Per le antiche scale/Down the Ancient Staircase (Mauro Bolognini, 1975). 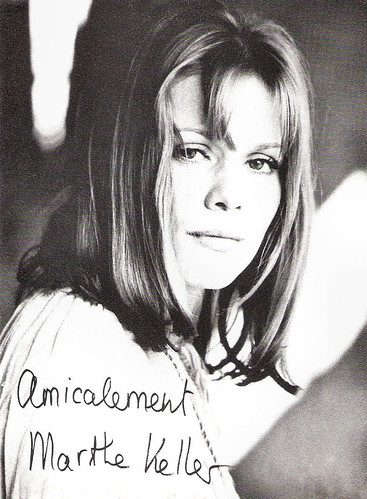 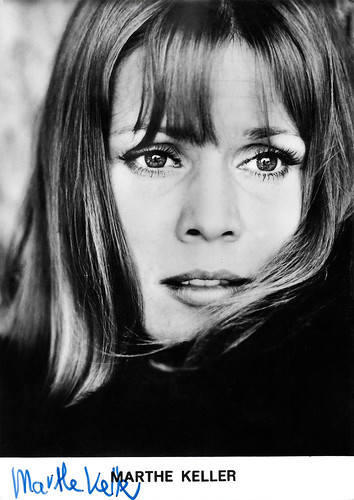 
In the mid-1970s Marthe Keller made the cross-over to Hollywood. She played Dustin Hoffman's girlfriend in the thriller Marathon Man (John Schlesinger, 1976). The film became a huge hit and Keller was nominated for a Golden Globe for Best Supporting Actress. Then she played a femme fatale Arab terrorist who leads an attack on the Super Bowl in the suspense thriller Black Sunday (John Frankenheimer, 1977).

Next, she appeared alongside Al Pacino in the auto racing film Bobby Deerfield (Sydney Pollack, 1977), and subsequently, the two stars were involved in a relationship. She garnered a great deal of publicity from these movies and from her love affair with Pacino.

Keller’s next film was expected to make her a major star. Hollywood legend Billy Wilder was making Fedora (1978), based on Tom Tryon’s bestseller 'Crowned Heads' about old Hollywood and the old star system, and offered her the title role opposite William Holden.

Jon C. Hopwood in his IMDb bio describes what went wrong: “Wilder had wanted to cast Faye Dunaway as ‘Fedora’, a pastiche of Greta Garbo and Marlene Dietrich (...) He expected the actress to play the fictional movie queen both in her youthful incarnation and as an older woman (now known as ‘Countess Sobryanski’). When Dunaway passed on the part, the red-hot Keller was cast in the movie.

However, Wilder was dismayed when the makeup prepared to transform Keller into the older Fedora (as Countess Sobryanski) aggravated a large scar on her forehead and caused so much pain that she couldn't act under those conditions. Wilder was forced to cast an older actress (Hildegard Knef) as the Countess. Wilder and Keller never established a good working relationship, with the result that her poor performance essentially was blamed for the failure of the film both artistically and at the box office.”

Marthe Keller appeared in just one more Hollywood production, the thriller The Formula (John G. Avilssen, 1980) with George C. Scott and Marlon Brando, and in 1982 she returned to Europe. 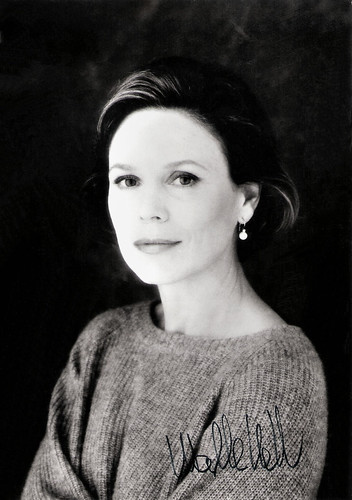 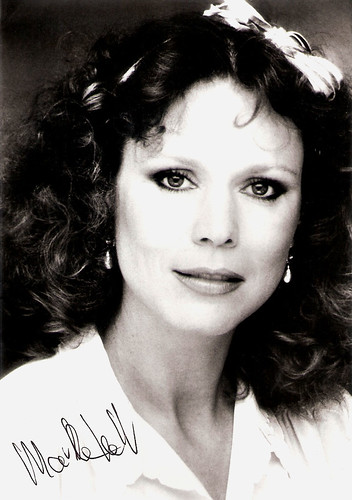 
Since then, Marthe Keller mainly worked in European cinema and for TV. Mauro Bolognini directed her again in the Mini-series La certosa di Parma/The Charterhouse of Parma (1982), based on the novel by Stendhal and co-starring Gian Maria Volonté. She reunited with Marcello Mastroianni in Oci Cionie/Dark Eyes (Nikita Mikhalkov, 1987), which was nominated for the Oscar for Best Foreign Language Film, and in Sostiene Pereira/According to Pereira (Roberto Faenza, 1995).

Interesting is also the Yukio Mishima adaptation L'école de la chair/The School of Flesh (Benoit Jacquot, 1998) in which she appeared with Isabelle Huppert. In 2001, Keller appeared in a Broadway adaptation of Abby Mann's play 'Judgment at Nuremberg' as Mrs. Bertholt, the role played by Marlene Dietrich in the 1961 film version. She was nominated for a Tony Award as Best Featured Actress for this performance.

In addition to her work in film and theatre, Keller has developed a career in classical music as a speaker and opera director. She has performed the speaking role of Joan of Arc in the oratorio 'Jeanne d'Arc au Bûcher' of Arthur Honegger on several occasions, with conductors such as Seiji Ozawa and Kurt Masur. She has recorded the role for Deutsche Grammophon with Ozawa. Keller has also recited the spoken part in Igor Stravinsky's 'Perséphone'.

She has performed classical music melodramas for speaker and piano in recital. The Swiss composer Michael Jarrell wrote the melodrama 'Cassandre', after the novel of Christa Wolf, for Keller, who gave the world premiere in 1994. Keller's first production as an opera director was 'Dialogues des Carmélites', for Opéra National du Rhin, in 1999. This production subsequently received a semi-staged performance in London that year. She has also directed 'Lucia di Lammermoor' for the Washington National Opera and for the Los Angeles Opera. Her directorial debut at the Metropolitan Opera was in a 2004 production of 'Don Giovanni. 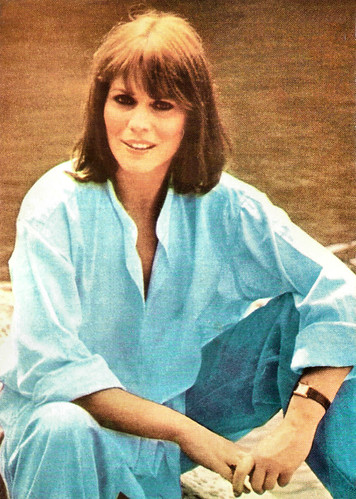 I saw her in Marathon Man, but my most beautiful memory of her is La demoiselle d'Avignon/The lady of Avignon. All the kids loved her then.