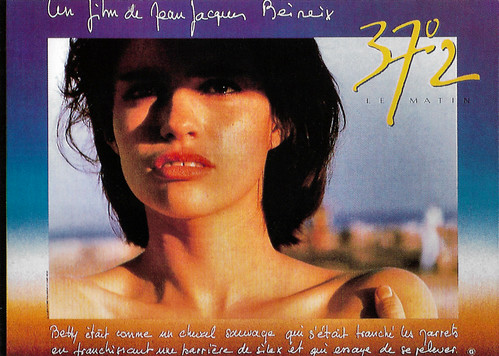 French postcard by Humour a la carte, Paris, no. A-C 1242. Photo: Gaumont. Béatrice Dalle in 37°2 le matin/Betty Blue (Jean-Jacques Beineix, 1986). Caption: Betty was like a wild horse that had cut its hocks on a fence and was trying to get back up. 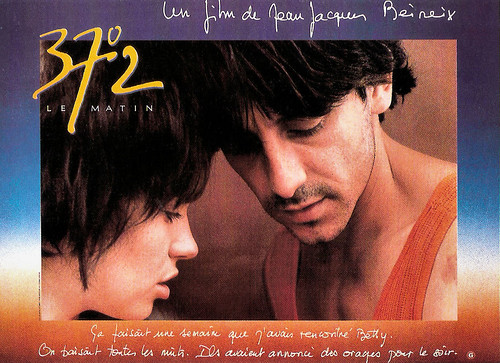 French postcard by Humour a la carte, Paris, no. A-C 1244. Photo: Gaumont. Béatrice Dalle and Jean-Hugues Anglade in 37°2 le matin/Betty Blue (Jean-Jacques Beineix, 1986). Caption: It had been a week since I met Betty. We had sex every night. They had announced thunderstorms for the evening.


Jean-Jacques Beineix, born in Paris in 1946, was a rabid movie fan when he was young. He trained as a doctor but began his career as Jean Becker's assistant director on the popular French TV series Les Saintes chéries/The darling saints (1970-1971). In 1970, he worked for director Claude Berri and, the following year, for Claude Zidi. He was also hired as an assistant director on Jerry Lewis' unreleased film, The Day the Clown Cried (1972).

In 1977, Beineix directed his first short film, Le Chien de M. Michel/Mr. Michel's Dog (1977), The film, which won first prize at the Trouville Festival, is interesting while it has some of the great imagery and pathos that would define some of Beineix's later work. In 1980, Beineix directed his first feature film, Diva, starring Wilhelmenia Wiggins Fernandez and Frédéric Andréi, which was a big commercial success and received four Césars. The film was also entered in the 12th Moscow International Film Festival.

His second feature was the drama La Lune dans le caniveau/Moon in the Gutter (1983). It featured two big stars, Gérard Depardieu and Nastassia Kinski, was nominated for the Palme d'Or at the 1983 Cannes Festival and nominated for three Césars in 1984. However, it would win only one César in the Best Production Design category. The Moon in the Gutter was not well received by critics or audiences and failed at the box office with only 625,000 admissions in France.

In 1984 Jean-Jacques Beineix created his own production company, Cargo Films, in order to retain his artistic independence. The first production was 37°2 le matin/Betty Blue (Jean-Jacques Beineix, 1986) in which Béatrice Dalle - in her debut film - and Jean-Hugues Anglade starred. The erotic psychological drama, based on the 1985 novel of the same name by Philippe Djian, was the eighth highest-grossing film of the year in France. In 1987, it was nominated for the Best Foreign Language Film Oscar, in the same category as that year’s British Academy Film Awards and Golden Globes. It also received the Best Poster Award, one of nine Césars for which it was nominated.

Beineix became executive producer of all the Cargo projects, feature films and documentaries. He directed the features Roselyne et les lions/Roselyne and the Lions (1989), IP5: L'île aux pachydermes/IP5: The Island of Pachyderms (1992) with Yves Montand in his last role, and Mortel Transfert (2001), starring Jean-Hugues Anglade. Cargo produced documentaries on a wide variety of themes from science to art, to women’s rights and social problems. Several works have been made in partnership with national scientific organisations such as CNES and CNRS. Beineix directed e.g. a corporate film for CNRS, 2 infinities (L2i) (2008), which was shown at the 2008 New York Imagine Science film festival. In late 2006, Beineix published the first volume of his autobiography, 'Les Chantiers de la gloire' (in French only).

Jean Jacques Beineix passed away at home in Paris after a long illness in 2022, at the age of 75. His work is often seen as a prime example of the so-called 'Cinéma du look'. Film critic Ginette Vincendeau has defined the films made by Beineix, Luc Besson and Léos Carax as "youth-oriented films with high production values... The look of the Cinéma du look refers to the films' high investment in non-naturalistic, self-conscious aesthetics, notably intense colours and lighting effects. Their spectacular (studio-based) and technically brilliant mise-en-scène is usually put to the service of romantic plots." Besson en Beineix were much maligned by film critics during the 1980s, while Carax was much admired. In 2020, Beineix said that he “never got over” being booed at the premiere of La Lune dans le caniveau/Moon in the Gutter at the Cannes film festival in 1983. “The hurt is there. The fact that I am finished today started there”. 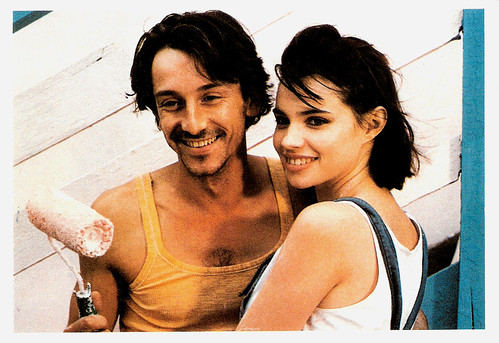 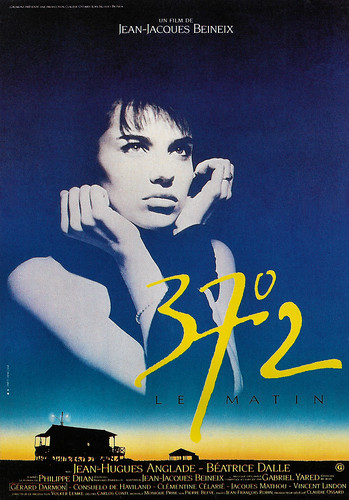 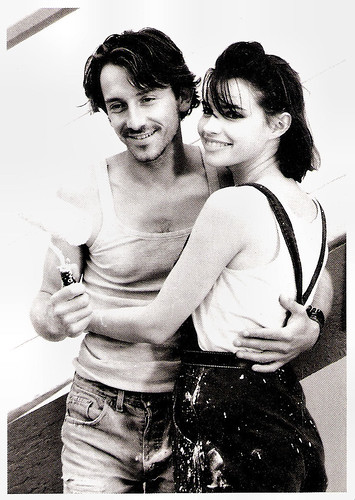 The obsessive love of a young couple


There are two versions of 37° 2 le matin (37.2°C (98.6°F) in the morning): the original version of around two hours and the director's cut which is over three hours long and contains considerably more scenes. Beineix's film depicts the obsessive love of a young couple, Betty and Zorg. Zorg (Jean-Hugues Anglade) is a thirtysomething aspiring writer, who is making a quiet living as a handyman for a community of beach houses in the seaside resort at Gruissan on France's Mediterranean coast. He meets 19-year-old Betty (Béatrice Dalle), who is as beautiful as she is wild and unpredictable. The two begin a passionate affair and live in his borrowed shack on the beach. Following a row with him where she tears apart and smashes up the house, she finds the manuscript of his first novel; she reads it in one long sitting and decides he is a genius. However, after another argument with his boss, she empties the shack and burns it down.

The film is divided into several "chapters" in which Zorg searches for a place in France for himself and Betty, where they repeatedly try to live and work. The two decamp to the outskirts of Paris, where her friend Lisa (Consuelo de Haviland) has a small hotel. Betty laboriously types out Zorg's novel and submits it to various publishers. They meet Lisa's new boyfriend Eddy (Gérard Darmon), and the four have many fun times, often fuelled by alcohol. They find work in Eddy's pizzeria, but a fight erupts in which Betty stabs a customer with a fork. Zorg tries to slap her back to her senses.

Though Zorg hides the rejection letters, Betty finds one and, going to the publisher's house, slashes his face. Zorg induces him to drop charges by threatening him with violence, saying she is the only good thing in his life and she is all he has. But Betty's violent mood swings are a concern. Eddy's mother dies and the friends go to the funeral in Marvejols. There, Eddy asks Zorg and Betty if they will live in the dead woman's house and look after her piano shop. Zorg enjoys the quiet provincial life and makes friends with the grocer Bob (Jacques Mathou), his sex-starved wife Annie (Clémentine Célarié), and various offbeat characters.

Betty's wild manners start to get out of control and Zorg sees the woman he loves slowly going insane. After an irritating comment from Zorg, she punches out a window with her bare hand and goes on a screaming flight through the town. Happiness seems on the horizon when a home test suggests Betty is pregnant. The film title 37° 2 le matin/37.2 degrees in the morning alludes to increased body temperature as a possible sign of pregnancy. When a lab test is negative, Betty sinks into depression and tells him she is hearing voices talking to her in her head. Zorg, masquerading as a woman, robs an armoured cash collection van delivery headquarters, holding the guards at gunpoint, and tying them up. He attempts to use the money to buy Betty's happiness, but she fails to respond and enacts yet another prosecutable offence by luring a small boy away from his mother and taking him to a toy store. Zorg finds her and they both flee from the authorities as they rush to rescue the boy.

One day, Zorg comes home to find blood all over the place and Betty is gone. Bob tells him she has gouged out an eye and is in the hospital. Rushing there, Zorg finds her under heavy sedation and is told to come back the next day. Going home, he receives a phone call from a publisher accepting his manuscript. On his next visit to the hospital, he finds Betty restrained and catatonic. He becomes agitated and a doctor tells him she will need prolonged treatment and may never recover her sanity. Zorg reacts by blaming her illness on the medication being administered and physically attacks the doctor. He is forcefully ejected from the hospital after a violent struggle with three orderlies. Returning in disguise, he whispers his farewells and smothers Betty with a pillow. Going home, he sits down to continue his current book.

The action of the film is portrayed from Zorg's point of view and often commented on off-screen. Bound together by loneliness, a bleak existence and a strong sexual attraction, Betty and Zorg create a world in which only the two of them have a place. Other characters only appear in passing. The focus is on the two main characters and their attempt to escape their own desolation with the help of the other. 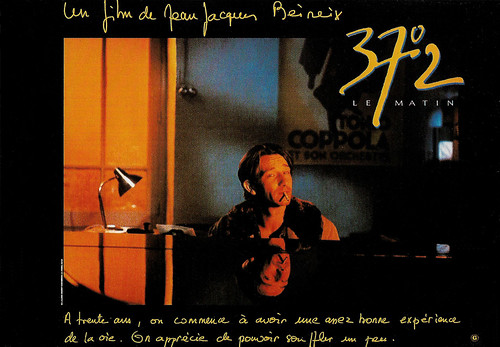 French postcard by Humour a la carte, Paris, no. A-C 1241. Photo: Gaumont. Jean-Hugues Anglade in 37°2 le matin/Betty Blue (Jean-Jacques Beineix, 1986). Caption: At thirty, you start to have a pretty good experience of life. You appreciate being able to breathe a little. 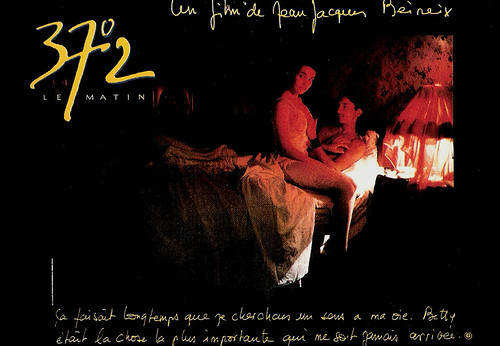 French postcard by Humour a la carte, Paris, no. A-C 1243. Photo: Gaumont. Béatrice Dalle and Jean-Hugues Anglade in 37°2 le matin/Betty Blue (Jean-Jacques Beineix, 1986). Caption: I had been looking for meaning in my life for a long time. Betty was the most important thing that ever happened to me.