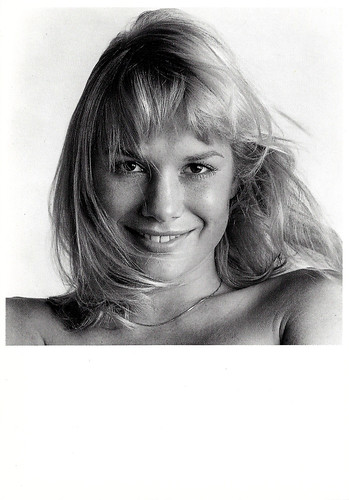 Monique van de Ven (1952) is a Dutch actress and director. With her film debut in Paul Verhoeven's Turks fruit/Turkish Delight (1973), she was an international sensation. Although she appeared in some international films, she was mainly active in Dutch cinema and television. 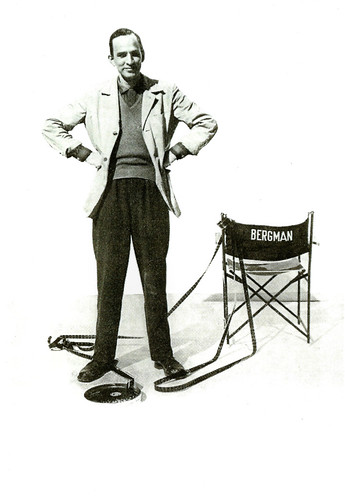 Ingmar Bergman (1918-2007) was a Swedish film writer and director who achieved world fame with such films as Det sjunde inseglet/The Seventh Seal (1957); Smultronstället/Wild Strawberries (1957); the trilogy Såsom i en spegel/Through a Glass Darkly (1961), Nattsvardsgästerna/Winter Light (1963), and Tystnaden/The Silence (1963), and Viskningar och rop/Cries and Whispers (1972). His final feature, Fanny och Alexander/Fanny and Alexander (1982) won four Academy Awards, including for Best Foreign Language Film. Bergman directed over sixty films and documentaries, most of which he also wrote. He also directed over 170 plays and was Leading Director of the Royal Dramatic Theatre in Stockholm and of the Residenztheater in Munich. 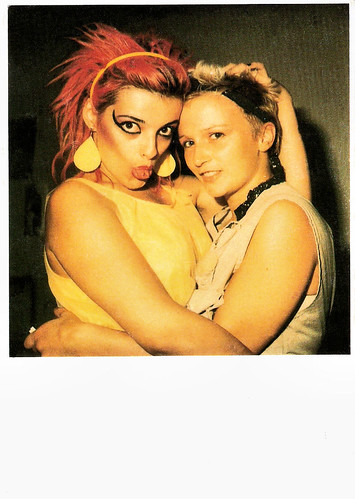 German singer, songwriter, and actress Nina Hagen (1955) is known for her theatrical vocals and is often referred to as the ‘Godmother of Punk due to her prominence during the punk and new wave movements in the late 1970s and early 1980s. During her 40-years-career she appeared in several European films. 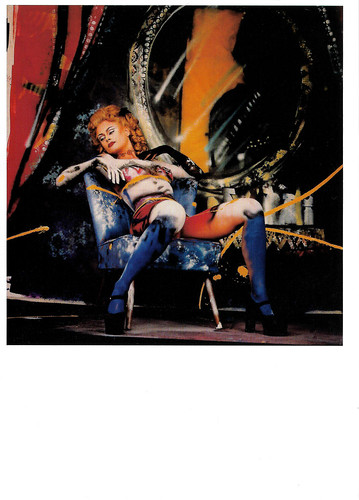 Dutch postcard by Art Unlimited, no. C 9824. Photo for Playboy by Herman Brood.

Monique Sluyter (1967) is a Dutch glamour model, TV presenter and actress. She posed five times for Playboy Magazine. In one of the sessions, she was bodypainted by artist Herman Brood. 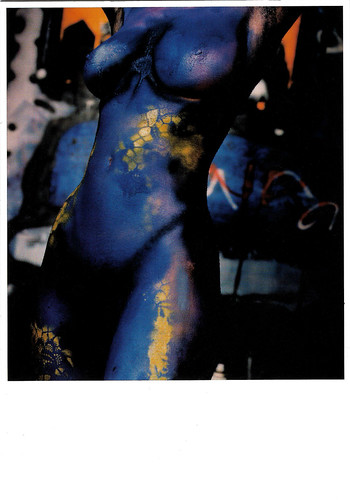 Monique Sluyter (1967) is a Dutch glamour model, TV presenter and actress. Sluyter made her film debut in Langer licht/Northern Light (David Lammers, 2006) opposite Raymond Thiry, for which she received good reviews. She also could be seen in bit roles in Deuce Bigalow: European Gigolo (Mike Bigelow, 2005) and Deiji/Daisy (Andrew Lau, 2008). 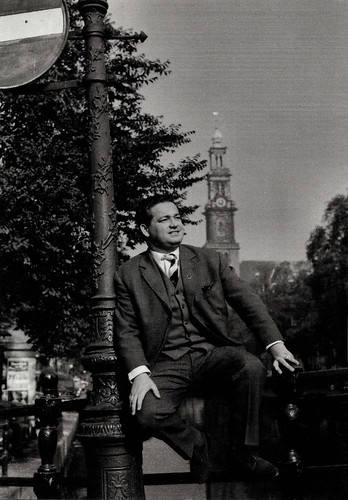 Dutch tenor Willy Alberti (1926-1985) sang in Dutch and Italian. The internationally popular ‘Tenore Napolitano’ was also an actor, and radio and TV personality. Alberti played a part as a café owner in the successful Dutch film Rififi in Amsterdam (John Korporaal aka Giovanni Korporaal, 1963). 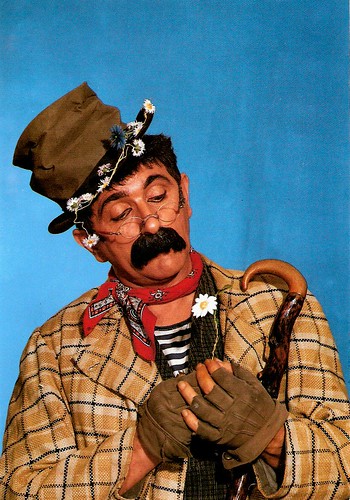 Dutch artist, comedian and cabaret performer Tom Manders (1921-1972) was best known as Dorus. His TV shows were huge successes in the Netherlands and he also made a few films which were financial disasters. 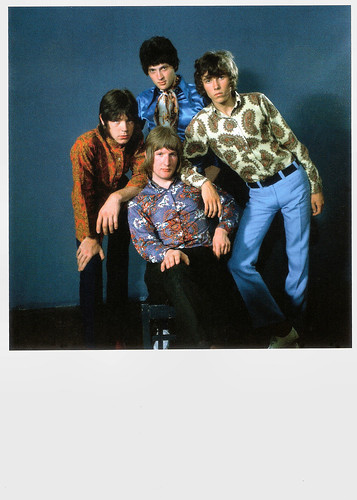 Golden Earring is a Dutch rock band, founded in 1961 in The Hague as the Golden Earrings (the 's' was dropped in 1969). They achieved worldwide fame with their hits Radar Love (1973), Twilight Zone (1982), and When the Lady Smiles (1984). During their career, they had nearly 30 top-ten singles on the Dutch charts, and over the years they produced 25 studio albums. 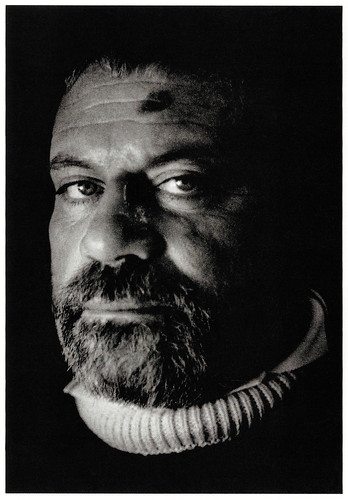 Brooding macho Oliver Reed (1938-1999) was one of England's darker leading men and villainous character actors. He juggled over 60 film roles in 40 years and a full-blooded social life of women, booze, and bar fights. After a start in Hammer films, Reed worked often with acclaimed British directors Ken Russell, Richard Lester, and Michael Winner. His final role was as the old, gruff gladiator trainer in Ridley Scott's Gladiator (2000). 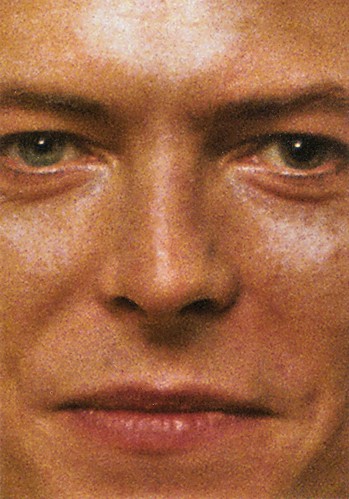 The English musician and actor David Bowie (1947-2016) was a major pop star for over four decades. During the 1970s, he was a magnificent innovator, we love his album 'Changes'. With various stage and film roles, he showed to be a fine actor too. 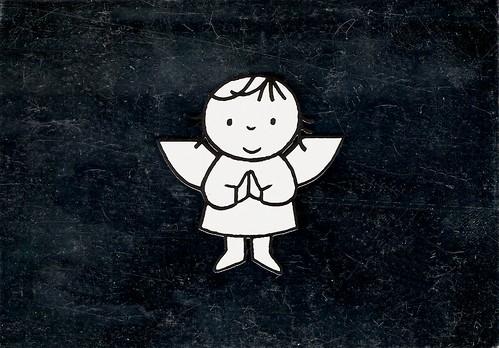 Dutch author, artist, illustrator and graphic designer Dick Bruna(1927-2019) was famous for his Miffy (Nijntje in Dutch), a small rabbit drawn with heavy graphic lines, simple shapes and primary colors. Aside from his prolific catalog of children's books, Bruna also illustrated and designed book covers, posters and promotional materials for his father's publishing company A.W. Bruna and Zoon. His most popular designs graced the covers of the Zwarte Beertjes series of books. Well known among his designs are those for Simenon's Maigret books, typified by graphic silhouettes of a pipe on various backgrounds. 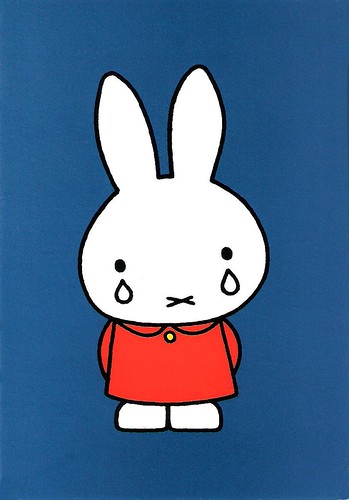 In 1955, Dick Bruna drew Miffy (Nijntje) for the first time. In the first years, 'Mif' looks like a cloth toy animal, with somewhat clumsy ears. From 1963, when the Miffy booklets appeared in square format, she resembled the Rabbit as we still know her today. She looks at the reader with her black eyes, has two tight, pointed ears and nice round cheeks. The kid rabbit also starred in the cute TV series Miffy and Friends (2003-2007). In 2011, the last new book featuring Miffy appeared.