The French company Pathé started to distribute its films in the United States, from 1900 on. In 1904, it launched an American subsidiary, Pathé Company, based in Buffalo, New York. In 1910 Pathé opened in Bound Brook its own film studio, which focused on making Westerns, dramas, and comedies catered to American tastes, under the name of American Kinema. Beginning in 1914, the Pathé Frères' film production studios in Fort Lee, New Jersey produced the successful serial The Perils of Pauline, starring Pearl White. In 1915 the studio re-incorporated to Pathé Exchange, which was once again re-incorporated to American Pathé in 1923. Among American Pathé's independent productions are the very influential documentary feature Nanook of the North (1922), and a large number of film serials. 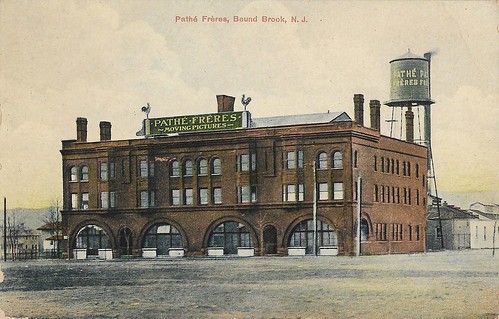 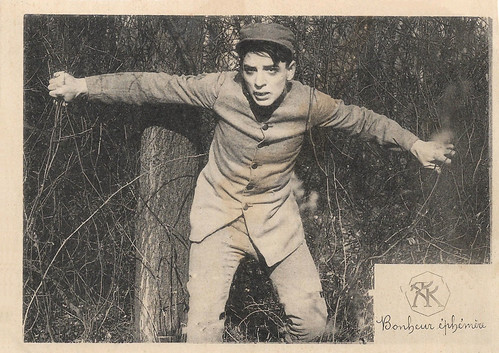 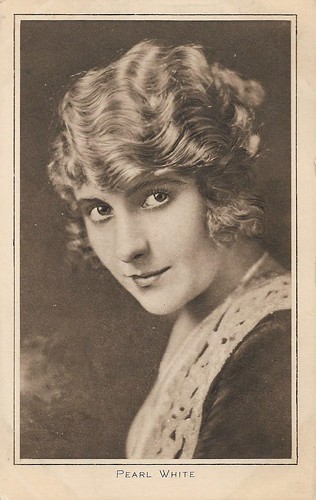 Pearl White (1889-1938) was dubbed 'Queen of the Serials", and noted for doing her own stunts, in silent film serials such as The Perils of Pauline (Louis J. Gasnier, Donald MacKenzie, 1914) and The Exploits of Elaine (Louis J. Gasnier, George B. Seitz, Leopold Wharton, Theodore Wharton, 1914-1915). Until the end of the First World War, White remained globally a popular action heroine. 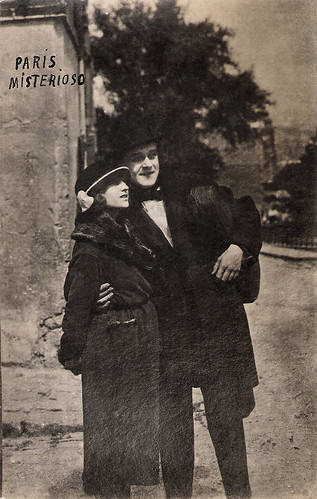 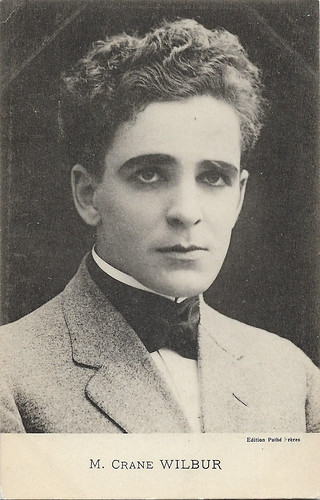 
As early as 1900, the French company Pathé Frères, at the time among the largest and most successful film studios in the world, distributed its films in America. In 1904 Pathé opened a sales agency in New York, and soon the French films flooded the United States.

During the nickelodeon peak of 1907, Pathé opened a factory in Bound Brook, New Jersey, to make positive distribution prints from negatives sent from France. Business catapulted.

However, established and new competitors such as Edison resisted Pathé and created an anti-French, anti-foreign mood, declaring the fare was too grotesque and course. Pathé reacted with the uplifting of the films by the Film d’art phenomenon and the SCAGL company, so films with stage actors and based on famous novels and plays. In 1909, Pathé was asked to join the Motion Picture Patents Company (MPPC). As a result, Pathé utilised MPPC's General Film Company distribution company to distribute its films.

In 1910 Pathé opened in Bound Brook its own film studio, which focused on making Westerns, dramas, and comedies catered to American tastes. Under the name of American Kinema, however, these films were also spread worldwide.

Louis Gasnier, a jack-of-all-trades who had launched comedian Max Linder at Pathé's French studio, and had set up Pathé’s Italian production branch Film d’Arte Italiana in Rome, went to New York with Charles Pathé himself in 1910 and became the managing director of the Bound Brook studio. He also directed its first film, The Girl from Arizona (Louis J. Gasnier, Joseph A. Golden, Theodore Wharton, 1910) with Octavia Handworth.

Around 1910-1912, many films at American Kinema were produced and directed by Theodore Wharton, and by Native American James Young Deer, who acted in many of his films as well, together with his wife Red Wing. Several distribution prints of the early Westerns by American Kinema have been found in the Dutch Desmet Collection, such as The Mystery of Lonely Gulch (Theodore Wharton, 1911), Abernathy Kids' Rescue (1911), The Cheyenne's Bride (1911), and Two Brothers (1912). 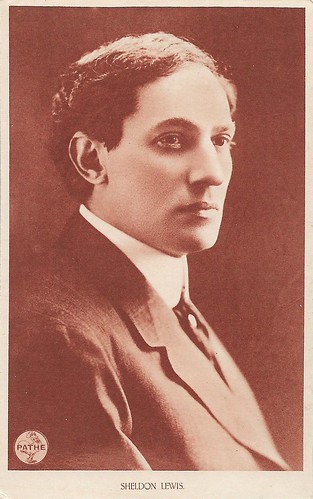 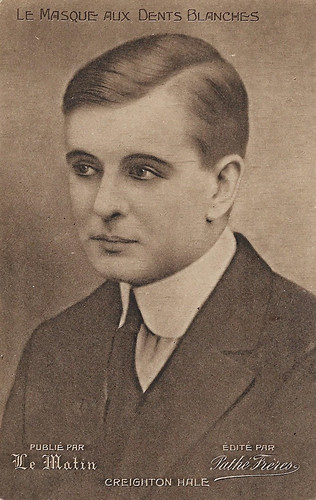 The Career of Creighton Hale (1882–1965) spanned from the early 1900s to the end of the 1950s. Hale was spotted on Broadway by a Pathé representative. From 1914, he worked at Pathé, having his breakthrough with the serial The Exploits of Elaine (Louis J. Gasnier, George B. Seitz, Leopold Wharton, Theodore Wharton, 1914-1915), followed by the subsequent Pathé serials The New Exploits of Elaine, The Romance of Elaine, and The Iron Claw. 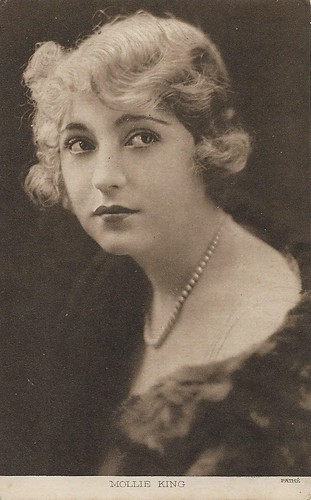 Mollie King (1898-1981) had a relatively short career in American silent cinema. After a successful in the vaudeville circuit, she was offered a film contract by distributor World Film in 1916, After a small part in A Circus Romance (1916), she already had a major part in A Woman's Power (1916). After several dramatic films, she appeared in two serials in 1917, produced by Astra Film and distributed by Pathé Exchange: the 15-episodes The Mystery of the Double Cross (Louis Gasnier, William Parke, 1917), one of the few silent serials to survive with all episodes intact, and the 15-episodes The Seven Pearls (Louis J. Gasnier, Donald MacKenzie, 1917), also with Creighton Hale. After Human Clay (1918) King returned to the stage. 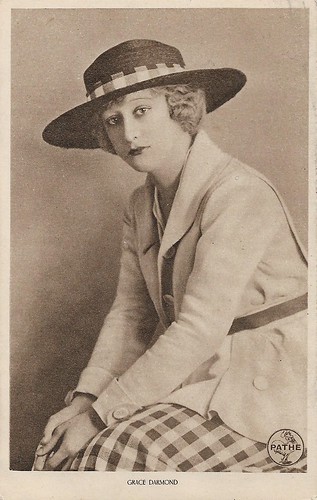 Grace Darmond (1893-1963) was a Canadian-American actress of the silent screen, who was active at Selig in the early 1910s, and in the later 1910s at Vitagraph. In 1916-1917 she had the lead in the action film serial The Shielding Shadow (Louis Gasnier, Donald MacKenzie, 1916), produced by Astra Films, and distributed by Pathé Exchange. 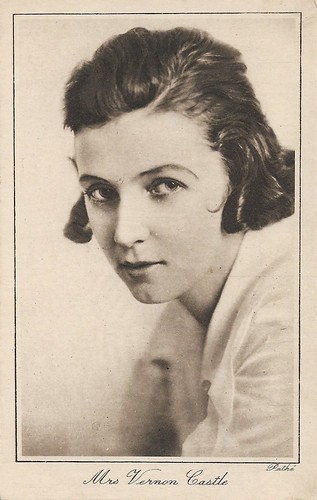 Irene Castle (1893-1969) and her husband Vernon were a well-known American dance couple in the early 20th century. Irene started film acting in 1917, first in the propaganda film serial Patria (Leonard & Theodore Wharton, Jacques Jaccard, 1917), where she acted opposite Milton Sills. After that, she acted in various films by Astra Films, distributed by Pathé Exchange, such as Convict 993 (William Parke, 1918), The Hillcrest Mystery (George Fitzmaurice, 1919), and The First Law (Lawrence McGill, 1919).


In 1912 Pathé opened a second studio at Jersey City, much closer to New York, and also closer to the Fort Lee production centre of early cinema. It was one of the most modern studios of its time, with its arc lights and mercury-vapour tubes, instead of natural light coming in through glass roofs and sides.

Regular actors with Pathé in those years were Paul Panzer, Octavia Handworth, and Crane Wilbur, while future stars Pearl White, Henry B. Walthall, and Jack Pickford had their first film parts here.

By 1910, Pathé also leased an outdoor studio in Edendale, Los Angeles, for the production of Westerns. Louis Gasnier would become known for his production of popular serials, first of all, the 20 episodes serial The Perils of Pauline (1914) with Pearl White, Crane Wilbur, and Paul Panzer.

Pathé Exchange would be the distributor for many serial films of the late 1910s, made by independent companies such as Astra Films, with serial 'queens' such as Pearl White, Ruth Roland, Grace Darmond, and Mollie King. Pathé Exchange was spun off from its French parent company in 1921, with a controlling stake held by Merrill Lynch. Charles Pathé stayed on as a director of the American firm.

Among Pathé's independent productions is the very influential documentary feature Nanook of the North (1922) by Robert J. Flaherty, with elements of docudrama, at a time when the concept of separating films into documentary and drama did not yet exist. Flaherty captured the struggles of the Inuk man named Nanook and his family in the Canadian Arctic.

In 1923 the company was renamed American Pathé, which in 1927 was bought by Joseph Kennedy and would merge in 1928 with Keith-Albee-Orpheum theatres, along with Cecil B. DeMille's independent Producers Distributing Corporation, into what would become RKO Radio Pictures in 1930. 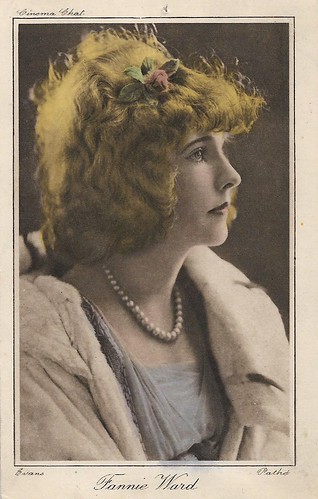 American actress Fannie Ward (1872–1952) is best known for the sexually- and racially-charged film The Cheat (Cecil B. DeMille, 1915). In the late 1910s, she did a series of films for Astra Films, released by Pathé Exchange. 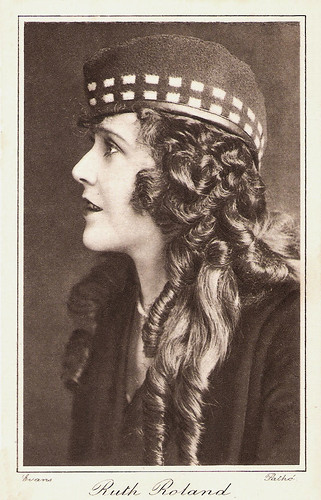 American actress Ruth Roland (1892–1937) was the leading actress of Kalem between 1911 and 1914. From 1914 to 1917, she acted at Balboa Films, in popular serials such as The Red Circle, distributed by Pathé Exchange, and with Frank Mayo as her leading man. A clever businesswoman, she established her own production company, Ruth Roland Serials, and signed a distribution deal with Pathé to make seven new multi-episode serials that proved very successful, e.g. the crime serial The Adventures of Ruth (George Marshall, 1919) and the Western serial Ruth of the Rockies (George Marshall, 1920). In 1979 a concrete box with Roland's private nitrate film collection was found in her backyard and donated to the UCLA Film Archive, including the complete 12-part serial Who Pays? (1915) with Roland herself in the lead opposite Henry King (who co-directed as well). 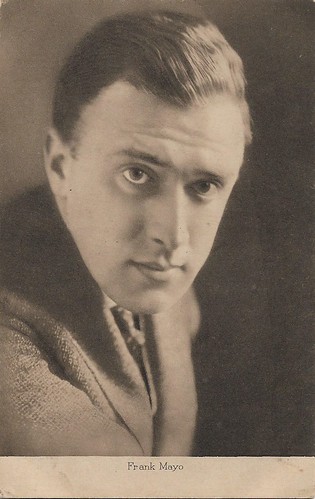 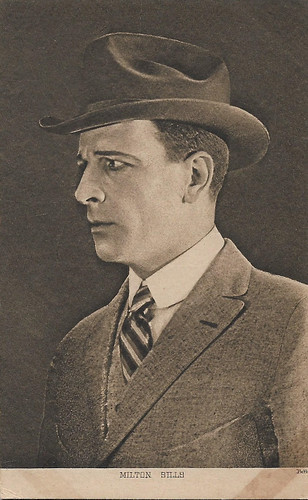 Milton Sills (1882-1930) was an American university professor, who gave up his position to act on stage. Sills made his film debut in The Pit (Maurice Tourneur, 1914) and worked for various companies in the 1910s. He acted with Irene Castle in the 15 episodes Pathé serial Patria (1917), directed by Leopold & Theodor Wharton (episodes 1-10) and Jacques Jaccard (11-15). It was an anti-Japanese propaganda, and funded by W.R. Hearst in the lead-up to the US's entry into World War I. 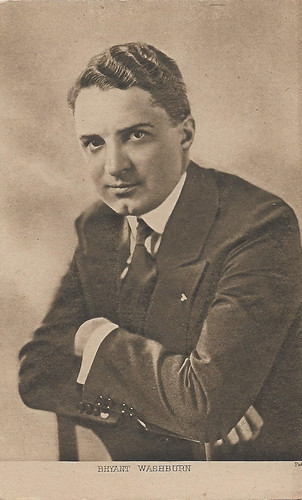 From 1911, Bryant Washburn (1889–1963) was one of the leading actors of the Essanay company. He quickly became a comedy star after appearing in films such as Skinner's Baby and Skinner's Dress Suit in 1917. In 1917-1918 Washburn played in a handful of films released by Pathé Exchange, such as Twenty-One (1918) and Ghost of the Rancho (1918), and produced by small companies such as the Anderson-Brunton Company. 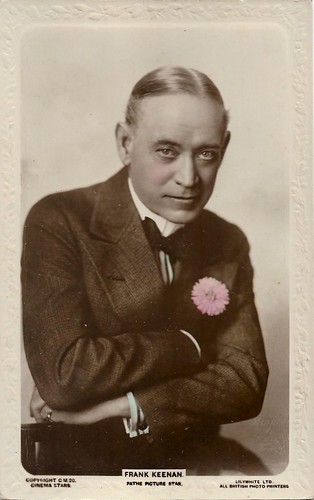 Sources: Richard Abel (Encyclopedia of Early Cinema); Richard Lewis Ward (When the Cock Crows: A History of the Pathé Exchange), Wikipedia and IMDb.