George Walsh (1889-1981) was an American film actor, who despite a successful career in silent cinema is best remembered for the loss of the part of a lifetime: the title role in Ben-Hur (1925). 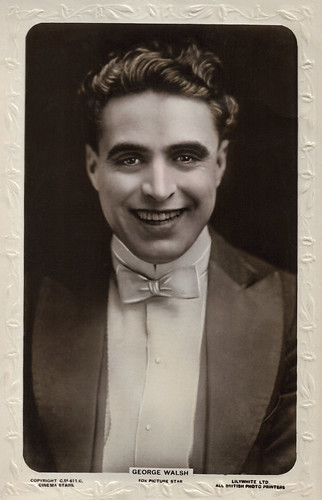 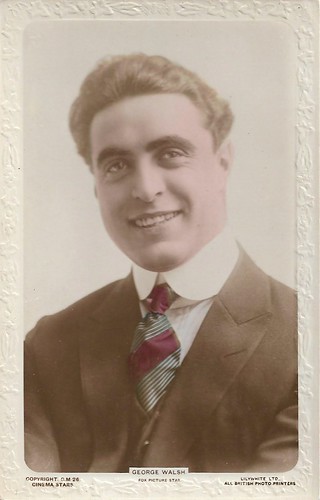 A fierce rival to Douglas Fairbanks as a daredevil


George Frederick Walsh was born in New York in 1889 to Catholic parents of Irish descent. He was the middle child of three siblings and his older brother was the later film director, Raoul Walsh. In 1911, he graduated from the High School of Commerce, where he excelled in sports such as baseball and swimming. Later, he also attended the Fordham and Georgetown University.

He followed his brother Raoul to Hollywood, where he made his first films in 1915, including a bit part in D.W. Griffith's controversial epic The Birth of a Nation (1915). Various bit parts followed, until a small role in The Fencing Master (Raoul Walsh, 1915) proved he was capable. Griffith gave him a bigger part as the bridegroom at the wedding of Kana in Intolerance (D.W. Griffith, 1916).

In the following years, the dark-haired, handsome Walsh established himself as a popular leading actor, both in comedies and in adventure films. In 1919 he also directed The Seventh Person with himself in the lead role, but it remained his only film direction.

At the Fox Film Studios between ca. 1916 and 1920, Walsh starred in a large series of fast-paced comedies highlighted by athletic stunt work, by which he became a fierce rival to Douglas Fairbanks as a daredevil, who combined stunts with comic relief. Walsh's good looks made him a heartthrob in the Francis X. Bushman-Wallace Reid tradition. Most of Walsh's successful films at Fox were later destroyed by a fire at Fox in 1937 and thus have disappeared today. Many of these were directed by Walsh' brother Raoul.

In 1920 Walsh had a conflict with Fox about his salary. He turned down a renewal of his Fox contract in 1921 which would have raised his salary from $1500 to $2000 a week in 1921. He felt he deserved more as his pictures always showed a profit while the films of Pearl White, who was making $4000 per week, were financial losers for the studio. He left the studio. 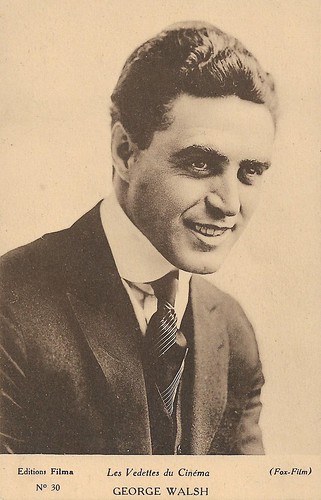 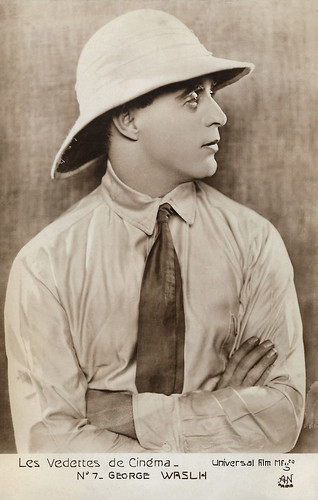 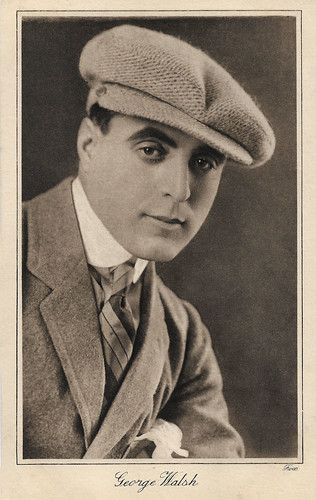 
After two years of ups and downs, George Walsh got a contract at Goldwyn Pictures. This single-picture deal Vanity Fair (Hugo Ballin, 1923) led to a long contract and a quick shift from supporting characters to leads. He got his confirmation as Goldwyn star, when Walsh was directed by Ernst Lubitsch as the partner of Mary Pickford in Rosita (Ernst Lubitsch, 1923). As the charming Don Diego, he defends Pickford's rebellious Rosita but soon ends up in prison himself, destined to be hanged. The perfidious King (Holbrook Blinn) arranges a mock marriage before Diego will be hanged, but in the end, the Queen (Irene Rich) saves the situation and Diego's life.

Even more spectacular was Walsh selection by scriptwriter June Mathis for the title role in the super production Ben-Hur, produced by Goldwyn. Walsh had already shot the film halfway with director Charles Brabin in Italy - despite a wide range of problems - when Spring 1924 Goldwyn merged with Metro (the future MGM). The new management unceremoniously replaced Brabin by Fred Niblo and Walsh by rising star Ramon Novarro.

Walsh was not told and discovered it while still in Europe when co-star Francis X. Bushman read it to him from a newspaper headline. George was soon on his way back to the United States. The newly formed MGM did little to combat rumours he had not been up to standard. Until the end of his life, the losing of the role of Ben-Hur was a sensitive subject of discussion for Walsh.

After that, Walsh continued acting but at the independent company Chadwick Pictures and the even more low budget company Excellent Pictures. It was not until 1932 when he started to do his first talking picture: Me and My Pal (Raoul Walsh, 1932) alongside Spencer Tracy and Joan Bennett. Walsh played a sleazy mobster who eyes a naive girl, but her sister (Bennett) and her friend, a cop (Tracy), save her from his clutches. Walsh continued to play supporting parts and bit parts until 1936. After about 80 films, Walsh retired in 1936. His retirement was triggered by the fact he was approaching fifty and was no longer in good shape.

George Walsh love thoroughbred horses and managed the numerous horses of his brother, who were bred and raced on racecourses. This had also been his occupation between silents and talkies. Walsh was married to the actress Seena Owen (1894-1966) from 1916 to 1924, the marriage was divorced. In 1981, seven months after the death of his brother Raoul, George Walsh died of pneumonia in Pomona, California, at the age of 92 years. He was buried at the San Gabriel Cemetery, Los Angeles.

British postcard in the "Pictures" Portrait Gallery by Pictures Ltd., London, no. 113. 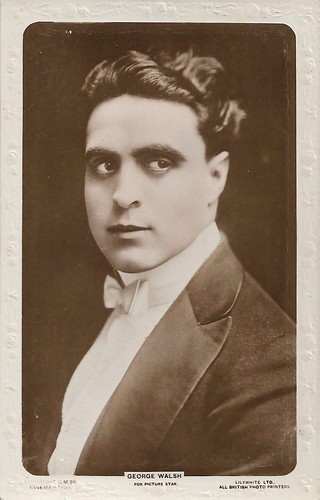 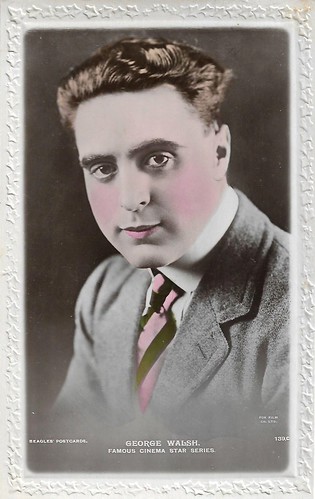