Editions Sid was a French publisher that was active in the 1910s and 1920s. During the First World War, Sid was particularly active in making postcards. Their cards took the war lightly and with humour, and created a link between the combatants and those left at home. Sid also released cartoonesque cards by illustrators such as Mich and Gibson, that contained English and French captions at the same time. The series with portraits by G.L. Manuel Frères of female stars from stage and screen must date from the early 1920s, as some of the ladies depicted where only popular then. Pearl White seems to be the only non-French star in the series. Then again, her serials were massively popular in France in the late 1910s and early 1920s, and were mostly produced by the American branch of the French company Pathé. 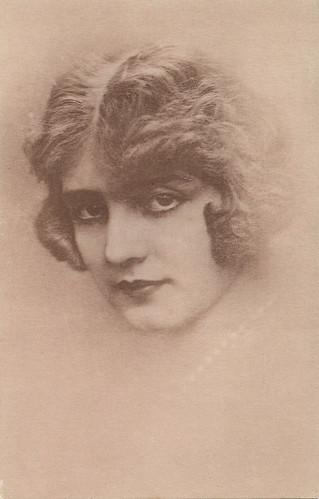 Solange (de) Vlaminck was a French actress, known for the silent films La vierge du portail (1923) and Bénitou (1922). She was the younger sister (or daughter?) of painter Maurice de Vlaminck. 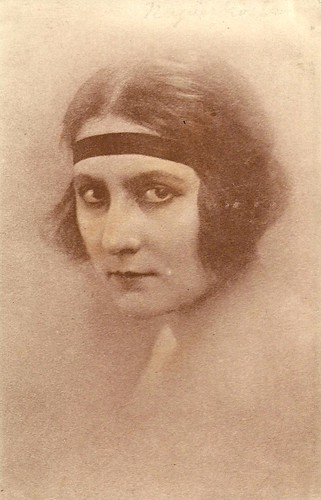 Exotic Stacia Napierkowska (1886-1945) was a fascinating star of the silent film era. The French actress and dancer is best remembered as the seductive but cruel Queen Antinéa in the classic fantasy L’Atlantide/Queen of Atlantis (Jacques Feyder, 1921). Between 1908 and 1926 she appeared in 86 films. 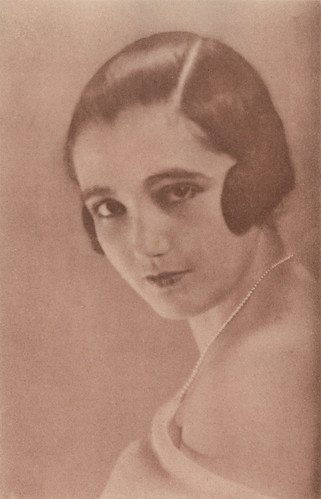 Grace Ovide was a French dancer, who, with her partner, Street, in the early 1920s performed at the Olympia in Paris and other French venues such as the Hotel Rühl in Nice, frequented by Americans, and the Carlton Hotel in Biarritz. It seems Ovide didn't perform in films. 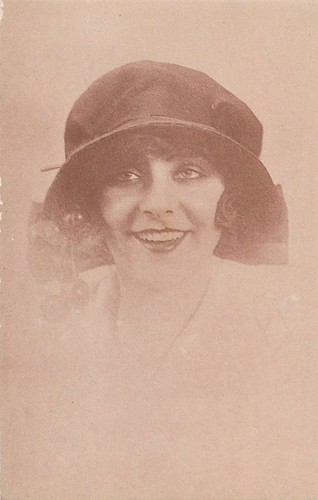 French singer and actress Yvonne Printemps (1894-1977) was a huge star of the European stage. She also appeared in ten international silent and sound films. A true diva, she loved the spotlight, and would be seen draped with jewels, wearing enormous hats and having her pet dogs on a leash. 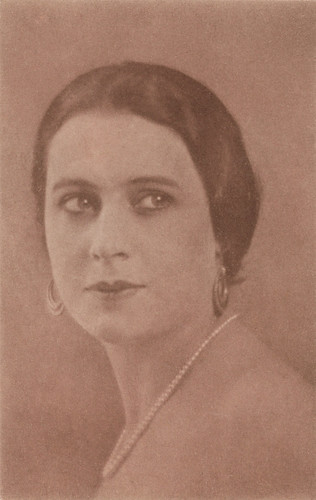 Blond Paulette Duval (1889-1951) was a French dancer and actress of the silent cinema and early sound films. She was considered one of the most beautiful women in Paris and made her film debut in France in 1920. From 1921 on, she appeared in Hollywood films for Fox, Paramount, M.G.M and Columbia. Best known is her role as Madame de Pompadour in Monsieur Beaucaire (1923), starring Rudolph Valentino. 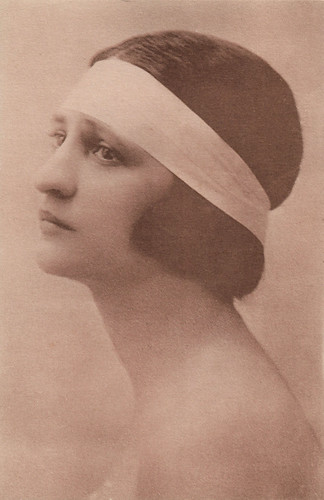 Camille Bos (born 1899) was a French ballet dancer. At the age of 10 (other sources say: 8), she entered the ballet school of the Paris Opera. In 1920 she was named 'première danseuse', and in 1925 she was promoted to 'danseuse étoile' (star dancer). Bos participated in numerous performances e.g. 'Siang-Sin' (1927), 'L'écran des jeunes filles' (1929), 'La Grisi' (choreography by Albert d'Aveline, 1935), etc. Her partners were among the famous dancers of those decades such as Serge Peretti and Serge Lifar with whom she danced in 'Le Spectre de la Rose' (1931) by Michel Fokine. At the age of 36, Bos stopped dancing to dedicate herself to teaching. For 12 years, she taught at the Opéra de Paris. Her only known film performance was as a dancer in the Zola adaptation Nantas (Donatien, 1925) and starring Donatien, Lucienne Legrand, and Maxime Desjardins. In 1935 she was recorded for an early television experiment. 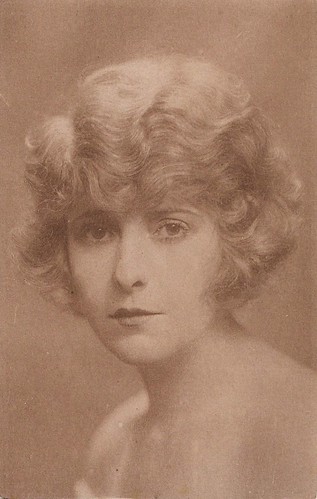 American actress Pearl White (1889-1938) was dubbed 'Queen of the Serials'. She was noted for doing her own stunts in silent film serials such as The Perils of Pauline (1914) and The Exploits of Elaine (1914-1915). Many episodes ended with a literal cliffhanger. In Europe, The Exploits of Elaine were re-edited with two subsequent serials into Les Mystères de New York. Until the end of the First World War, White remained a globally popular action heroine. 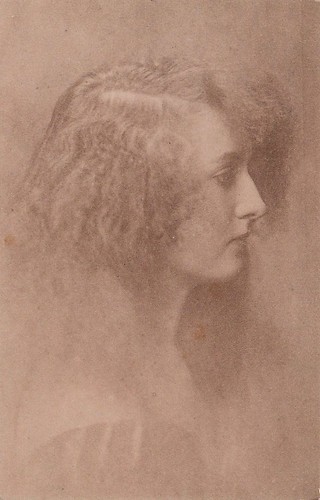 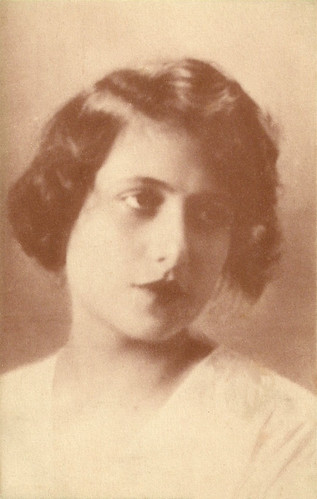 Renée Falconetti (1892-1946), aka Maria Falconetti and simply Falconetti, was a French actress. Though she had a long stage career, and played in two other silent films, she is best known for her major performance in Carl Dreyer’s silent film La passion de Jeanne d’Arc (1928). 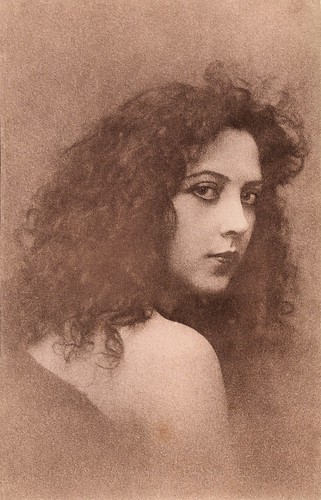 With her heavily kohled dark eyes, somewhat sinister make-up, pale skin and exotic wardrobes, French actress Musidora (1889-1957) created an unforgettable vamp persona. She is best known for her roles in the Louis Feuillade serials Les Vampires (1915-1916) as Irma Vep, the voluptuous, amoral villainess, and in Judex (1917) as Marie Verdier. At a time when many women in the film industry were relegated to acting, Musidora also achieved some success as a producer and director. Later she became a journalist and wrote about cinema. 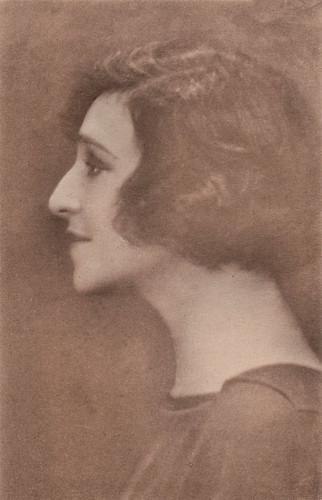 Marie or Maria Ventura (1888-1954) was a Romanian-French actress and theatre director. She became well known in the silent cinema with her role in the popular serial Les misérables (Albert Capellani, 1912). From 1919 to 1941 she worked at the Comédie-Française. In 1938, she directed 'Iphigénie' by Racine, becoming the first women to direct a play at the Comédie-Française. 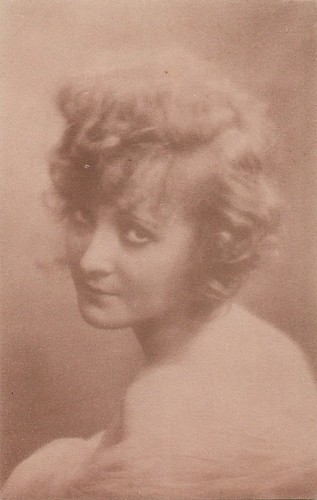 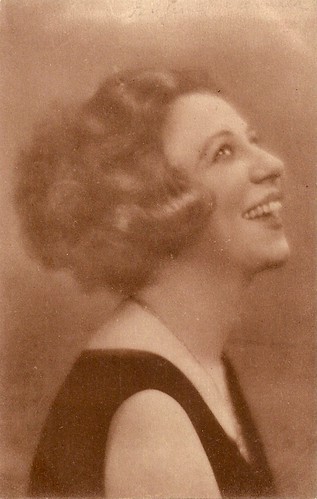 Régina Camier (1894-?) was a French stage and screen actress. It is clear she had a rich theatre career in the 1920s and 1930s, in plays by Crommlynck and Duvernois. At one stage, she even owned a theatre and she also directed two operettas in the 1920s. Yet, it is unclear how much films she did. Cine-Ressources indicates only a small part in Par la vérité (Gaston Leprieur, Maurice de Féraudy, 1917). The BFI indicates she is also visible in a British Gaumont newsreel of 1922, Around the Town No. 110. Camier was married to Léon Deutsch (1892-1982), who built the Théâtre des Nouveautés in 1920. 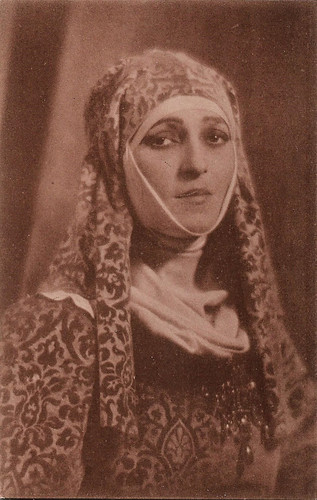 French postcard by Editions Sid, Paris, no. 8046. Photo: G.L. Manuel Frères. The costume on the card refers to a stage play set in the Middle Ages or the Renaissance, but it is unclear which one.

Marie or Maria Ventura (1888-1954) was a Romanian-French actress and theatre director. She became well known in the silent cinema with her role in the popular serial Les misérables (Albert Capellani, 1912). From 1919 to 1941 she worked at the Comédie-Française. In 1938, she directed 'Iphigénie' by Racine, becoming the first women to direct a play at the Comédie-Française.

For more photos by G.L Manuel Frères check out our 2015 post.