Last year, we did a post on Arcade cards. These picture cards were issued from penny arcade vending machines located on seaside boardwalks of North America. The Arcade cards were manufactured by the Exhibit Supply Company of Chicago, which began issuing the cards in 1921 and continued to release new cards until 1966. During the 1920s, the Western was the most popular film genre for the young collectors of the Arcade cards. Now, these old cards give a glimpse of cowboy stars and silent films that were once popular and now seem to be forgotten. 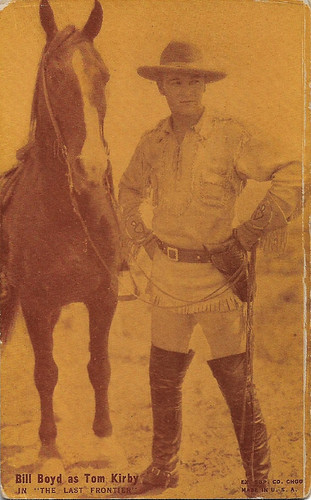 William Boyd (1895-1972) was an American film actor, best known for his parts in Westerns. He has become known primarily as the performer of the cowboy Hopalong Cassidy in the eponymous film series. 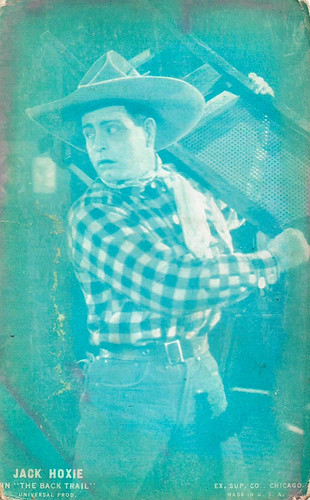 John Hartford 'Jack" Hoxie (1885–1965) was an American rodeo performer and motion picture actor whose career was most prominent in the silent film era of the 1910s through the 1930s. Hoxie is best recalled for his roles in Westerns and rarely strayed from the genre. 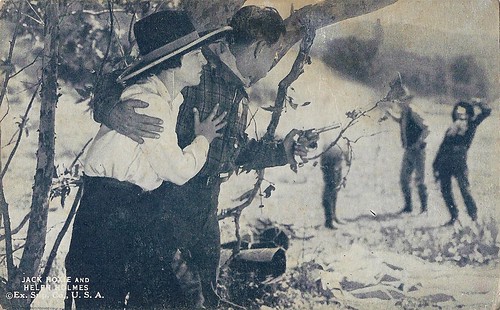 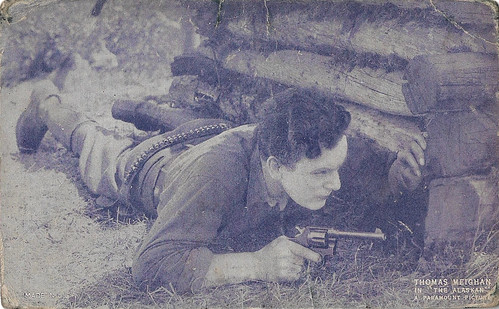 Thomas Meighan (1879-1936) was an American stage and screen actor, noted for his films with directors William and Cecil B. DeMille. 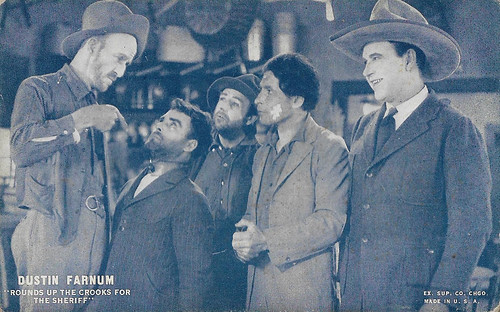 American Arcade card by Ex. Sup. Co., Chicago. Caption: Dustin Farnum rounds up the crooks for the sheriff. We are unsure which Western this is. 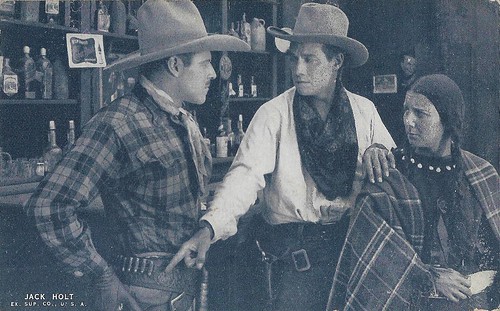 Elliott Dexter (1870-1941) was an American film and stage actor. Dexter started his career in Vaudeville and did not move to films until he was 45, in 1915. Almost all of his films he did with Paramount, being a regular in the cast of Cecil B. DeMille's films, such as A Romance of the Redwoods (1917) with Mary Pickford, Don't Change Your Husband (1919) with Gloria Swanson, Something to Think About (1920) again with Swanson, and The Affairs of Anatol (1921) with Swanson and Wallace Reid. He also acted e.g. opposite Colleen More in Flaming Youth (1923). Dexter retired from acting in 1925. He was briefly married to actress Marie Doro, with whom he had acted in films as well. 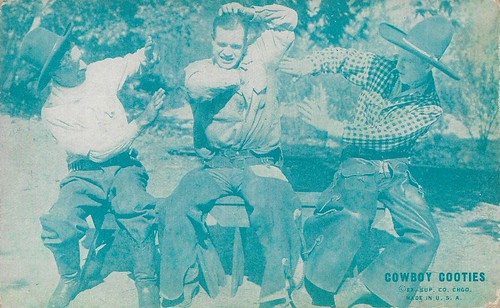 American arcade card by Ex. Sup. Co., Chicago. Caption: Cowboy Cooties. It is unclear to which Western this refers. 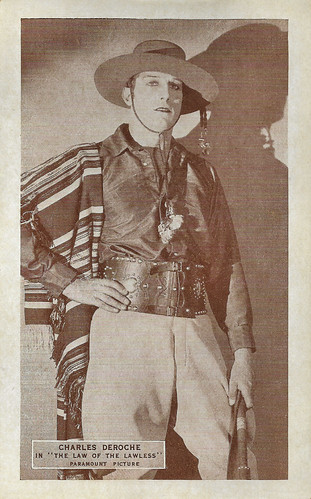 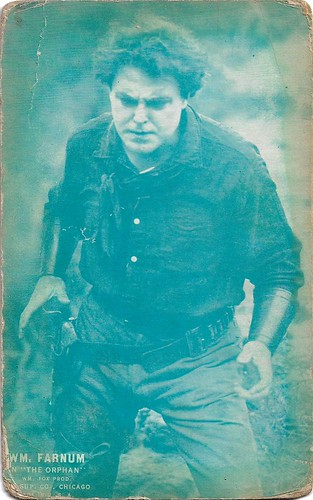 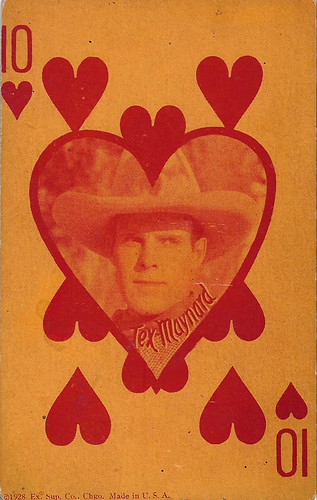 Kermit Roosevelt 'Tex' Maynard (1897–1971) was an American stuntman, actor, and performer, who often worked as a stand-in for his brother cowboy hero Ken Maynard and other actors. later he became a star in minor Westerns. 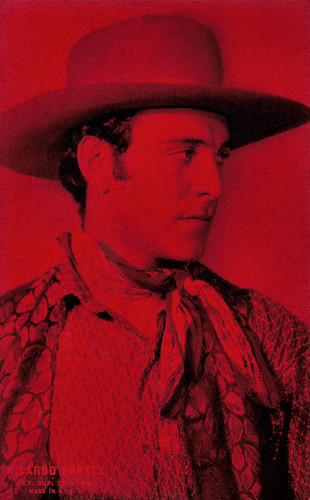 Ricardo Cortez (1900-1977), born Jacob Krantz or Kranze, was an American screen actor and director, who peaked in the 1920s as Paramount's romantic lover opposite the big female stars of the decade, while in the 1930s he rather played tough men such as the first Sam Spade on the screen. 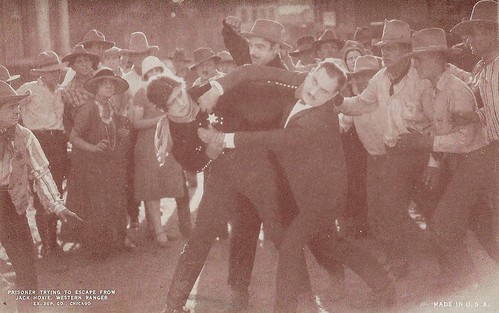 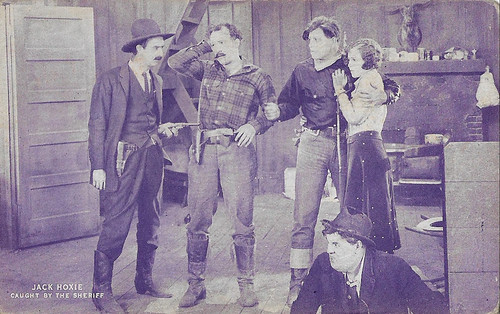 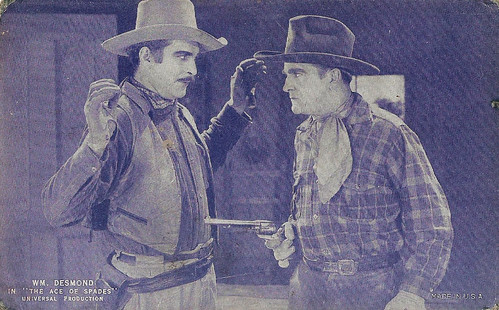 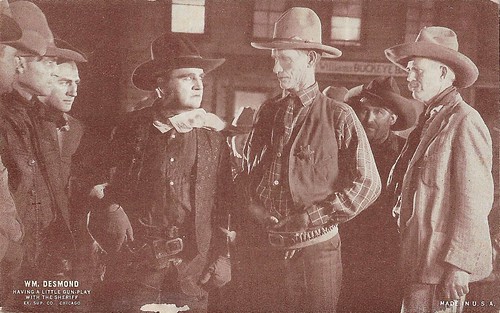