Last year, we did two posts at EFSP about a series of vintage Spanish cards with pictures of silent film stars - in blue, brown, purple, pink, and green. Not exactly a common style, now nor then. And nearly all the pictures are oval-formed, to top it off. These blank-backed cards were published in Barcelona by Francisco Mario Bistagne, editor of 'La Novela Semanal Cinematográfica'. This magazine was very popular in Spain from November 1922, when the first number appeared, until August 1932, when it stopped being published. Ivo recently acquired 13 more cards of the series. 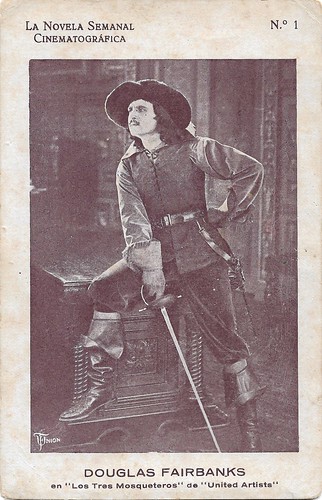 American actor Douglas Fairbanks (1883-1939) was best known for his swashbuckling roles in silent films such as The Mark of Zorro (1920), Robin Hood (1922), and The Thief of Bagdad (1924), but spent the early part of his career making comedies. Fairbanks was a founding member of United Artists and of The Motion Picture Academy. He hosted the first Oscars Ceremony in 1929. With his marriage to Mary Pickford in 1920, the couple became Hollywood royalty, and Fairbanks was referred to as The King of Hollywood'', but his career rapidly declined with the advent of the 'talkies. His final film was made in Great Britain, The Private Life of Don Juan (1934). 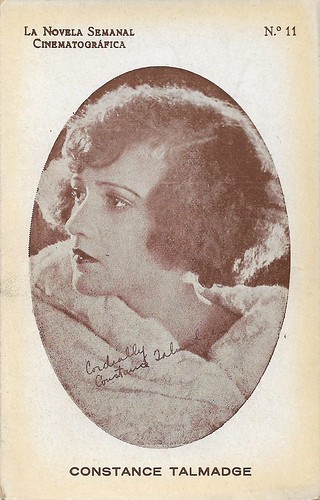 Constance Talmadge (1898-1973) was an actress on the American silent screen. While she started at Vitagraph in 1914, Talmadge had her breakthrough as the tomboyish Mountain Girl, while she also played princess Marguerite de Valois in the same film, D.W. Griffith's Intolerance (1916). So popular was her character of the Mountain Girl, that when Griffith in 1919 released a single-story version of the Babylonian episode of Intolerance, The Fall of Babylon, he filmed her character a happy ending, instead of her death in Intolerance. Talmadge appeared in over 80 films, mostly comedies of manners, for which Anita Loos wrote several scripts, such as A Pair of Silk Stockings (1918), Happiness à la Mode (1919), Romance and Arabella (1919), Wedding Bells (1921), and The Primitive Lover (1922). Together with her sister Norma, Constance Talmadge was billed as one of the biggest stars of the twenties. 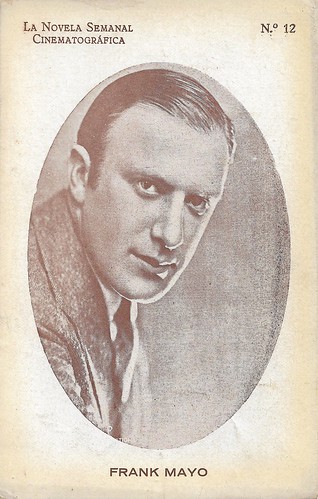 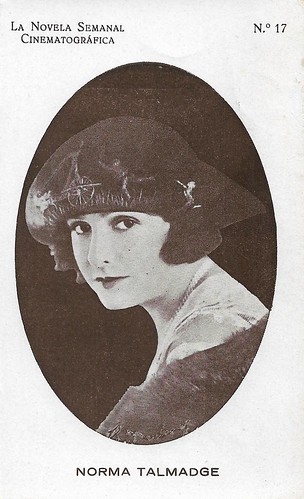 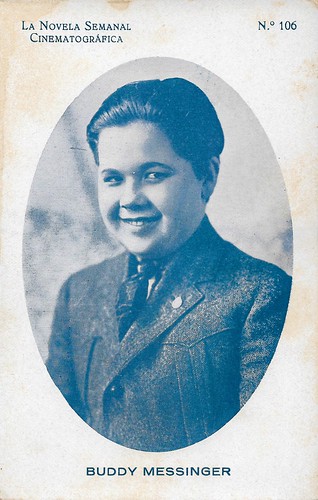 Buddy Messinger (1907–1965) was a popular child actor in American silent cinema of the late 1910s and 1920s. Between 1923 and 1925 he had his own series on the character of Buddy, produced by Century Film and distributed by Universal. In 1926-1927 he worked for Bray Studios, and in 1928 he was in many episodes of the Drugstore Cowboy one-reel comedies. He continued in the sound era till the early 1940s - but in uncredited parts - while from the 1950s he worked as assistant-director. 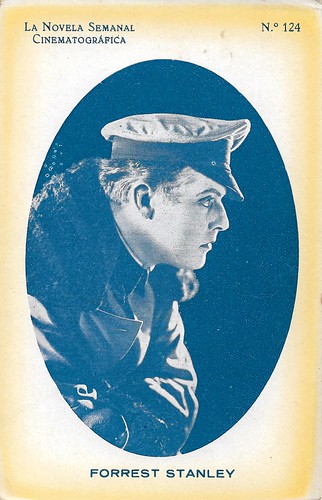 Forrest Stanley (1885–1969) was an American actor who was a prominent leading man in the 1910s and 1920s American silent film but continued afterward as a character actor. Memorable titles of his were e.g. Other Men's Wives (Victor Schertzinger, 1919) with Dorothy Philips, When Knighthood Was in Flower (Robert Vignola, 1922) with Marion Davies, and The Cat and the Canary (Paul Leni, 1927) with Laura La Plante. 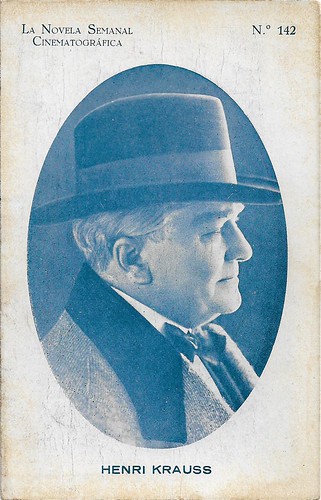 French actor and director Henry Krauss (1866-1935) was a veteran of the European cinema. From 1908 on he starred in several powerful character roles in early silent films. 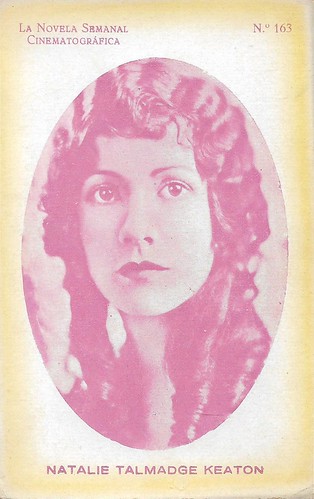 Natalie Talmadge (1896-1969) is a silent film actress best known for being the sister of Norma and Constance Talmadge until her marriage to comedian Buster Keaton. She appears in particular in Intolerance (1916) by D. W. Griffith and Our Hospitality (1923) by Buster Keaton, her last role. 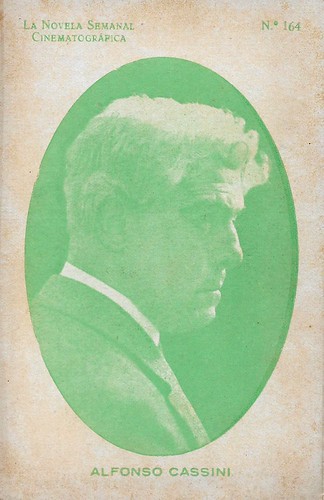 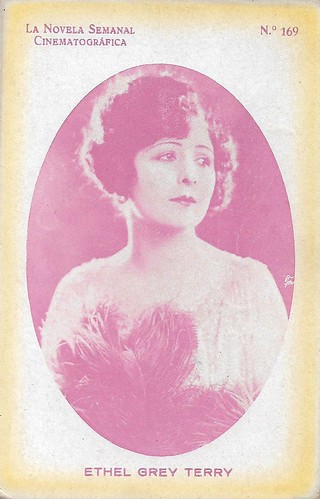 Ethel Grey Terry (1882–1931) was an American actress of the silent screen. Ethel made her screen debut in 1914 as Berenice in The Sign of the Cross by Frederick Thomson and went on to play roles as society women, e.g. in A Doll's House (Maurice Tourneur, 1918) starring Elsie Ferguson, Peg o' My Heart (King Vidor, 1922) with Laurette Taylor, and Under Two Flags (Tod Browning, 1922) with Priscilla Dean. Although in 1922 Grey Terry did play the role of Calamity Jane opposite William S. Hart in Wild Bill Hickok (Clifford Smith, 1923). It was around this time, her career started to slip. 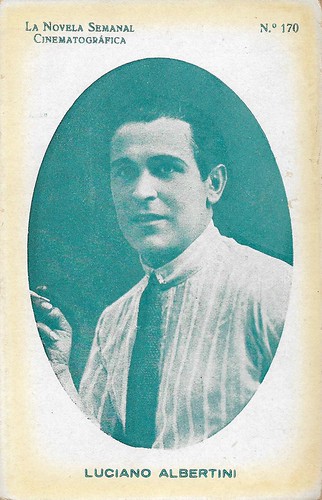 Muscular Italian actor Luciano Albertini (1882-1945) is best remembered for his acrobatic and daredevil acting in Italian and German silent cinema. 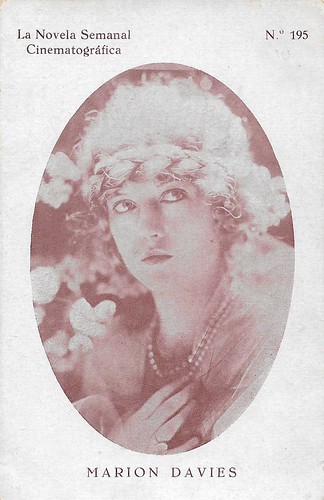 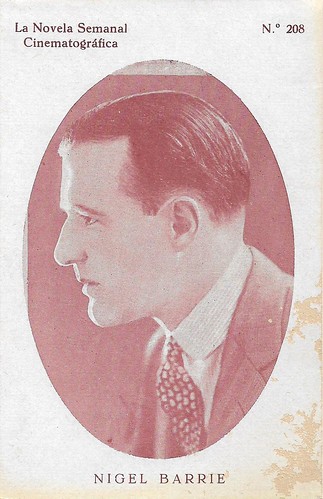 Indian-born Nigel Barrie (1889-1971) was an actor in American, British, and German silent cinema.