Recently Ivo Blom acquired a series of Polish postcards of Polish films and stars of the late 1920s and early 1930s. We knew very little of this cinema and its stars, although EFSP did some earlier posts on actors like Zbigniew Sawan and a few others. But there are many Polish postcards from this period, often published by the company Polonia in Krakow. For this post we did a bit of research on film stars like Jadwiga Smosarska and Irma Green and we added some postcards to Ivo's from the collections of Joanna and Didier Hanson and from my own collection. 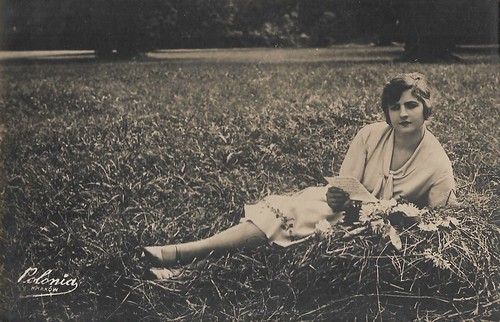 Jadwiga Smosarska (1898-1971) was the biggest star of the Polish cinema of the pre-WW II era. From 1919 on, the Polish actress made more than 25 silent and sound films. She also was very successful on stage. When the Nazis invaded Poland in 1939, she fled to the US. In 1970, she returned to Poland. 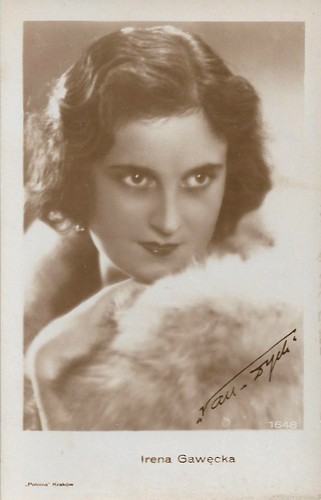 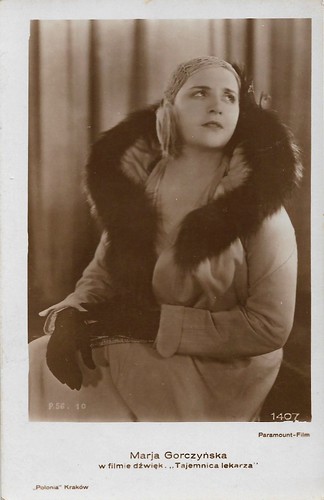 Marja Gorczynska was the female star of Tajemnica lekarza (Ryszard Ordynski, 1930). The film was shot at the Paramount studios in Joinville near Paris. It was one of the eleven alternative language versions of The Doctor's Secret (William C. de Mille, 1929), based on J.M. Barrie's play Half an Hour, and all shot at Paramount in Paris. In the original American version, Ruth Chatterton had the female lead. 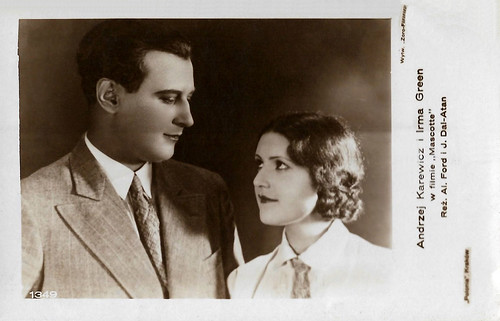 Mascotte was Aleksander Ford's first feature as director. Ford is better known for his post-war documentary Majdanek - cmentarzysko Europy/Majdanek – the Cemetery of Europe (1945) and the fiction films Ulica Graniczna/Border Street (1949), Piątka z ulicy Barskiej/Five Boys from Barska Street (1954) and Krzyżacy/Knights of the Teutonic Order (1960). Yet, he had already made five feature fiction films and several documentaries and shorts in the 1930s before fleeing to the USSR in the late 1930s when WWII broke out. He returned a convinced and stern communist, became head of the government controlled Film Polski, and was for 20 years professor at the famous Lodz National Film School. During the 1968 Polish crisis, and the raising anti-Jewish sentiments, the Jewish Ford fled the country. Blacklisted and publicly silenced by the communist government and unable to produce successful films abroad, he committed suicide in a Florida hotel in 1980. 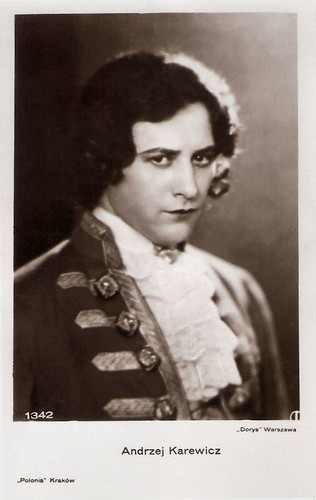 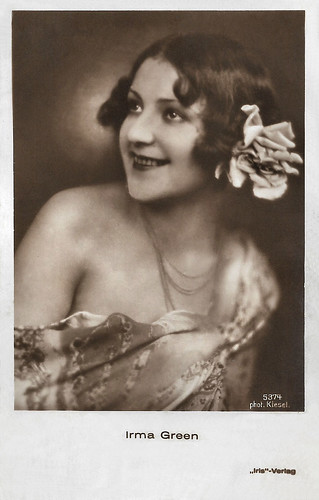 Polish actress Irma Green (or Gren) appeared in a handful of silent Polish and German films of the laste 1920s.


The history of cinema in Poland is almost as long as the history of film. The first cinema in Poland (then occupied by the Russian Empire) was founded in Łódź in 1899, several years after the invention of the Cinematograph. Initially dubbed 'Living Pictures Theatre', it became very popular and by the end of the next decade there were cinemas in almost every major town of Poland.

The earliest surviving feature film, Antoś pierwszy raz w Warszawie/Antoś for the First Time in Warsaw (1908), was directed by and starred Antoni Fertner. The date of its première, 22 October 1908, is considered the founding date of the Polish film industry.

Soon Polish artists started experimenting with other genres of cinema: in 1910 Władysław Starewicz made one of the first animated cartoons in the world - and he was the first to use the stop motion technique, for Piękna Lukanida/Beautiful Lukanida. The Russian revolution forced him to flee to France.

At the end of World War I, when Poland regained independence following over 120 years of occupation, the Polish film industry took off. The large majority of films produced by the burgeoning industry were melodramas and patriotic films.

Polish silent cinema unearthed a major star, who could take advantage of the internationalism afforded by the absence of dialogue. Born Barbara Apolonia Chałupiec, it was as Pola Negri that she shone in first Polish, then German, and finally in American silents films.

Polish cinematography developed dynamically during the inter-war period. Over 150 film studios were set up. Among the most important ones were Sfinks, Leo-Film and Falanga. Their yearly production would amount to 30 features and between 100 and 300 shorts. One of the most important films of the period was Cham/The Boor (Jan Nowina-Przybylski, 1931) with Mieczyslaw Cybulski. The film, an adaptation of Eliza Orzeszkowa's novel, was shown in 13 different countries.

One of the leading figures of the period was director Henryk Szaro, a one-time student of theatre innvovator Vsevolod Meyerhold, and who went on to direct significant films such as Mocny Człowiek/The Strong Man (1929) with Gregori Chmara. Szaro also flourished in the sound era; he made the Faustian drama Pan Twardowski/Mistr Twardowski (1936) and followed it with a Yiddish film, Klamstwo Krystyny/The Vow (1939), on the eve of the war. Szaro, a Polish Jew, was shot dead in 1942 after the Nazis invaded Warsaw.

The chaos and destruction wrought by the second world war meant that Poland had to reinvent its film industry from the ground up after 1945. Ironically, probably the best-known film to survive Poland's pre-war period is the Yiddish musical Yidl mitn fidl/Yidl with a Fiddle (Joseph Green, Jan Nowina-Przybylski, 1936), shot in Krakow's Kazimierz district with an imported American star, Molly Picon. 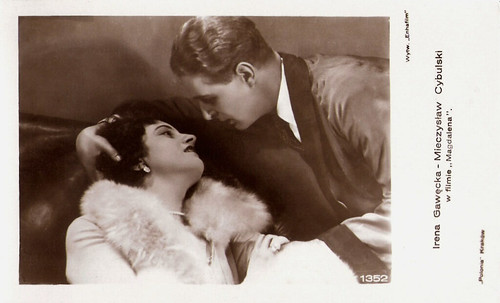 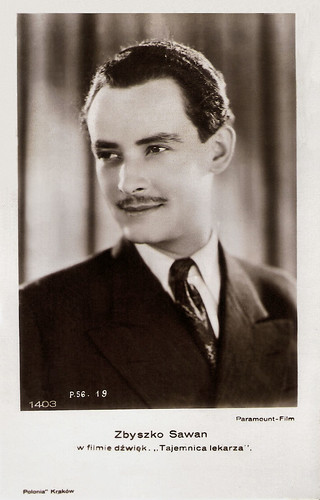 Polish actor Zbigniew Sawan (1904-1984) starred both in silent and sound film, and was also a respected stage actor in his country. He also worked as a theatre director and manager. 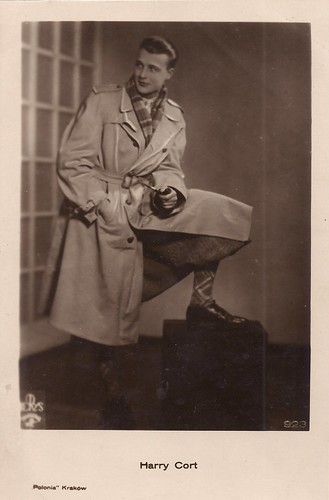 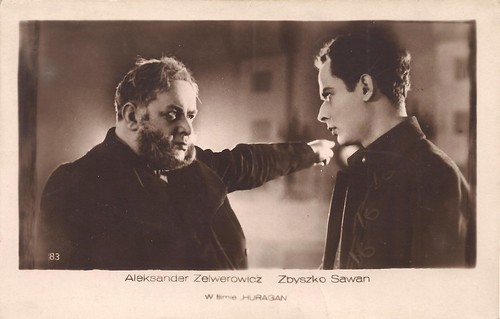 Aleksander Zelwerowicz (1877-1955) was a Polish actor, director, theatre president and a teacher. He received the Order of Polonia Restituta, one of Poland's highest Orders. He is also one of the Polish Righteous among the Nations, recognized by Yad Vashem as non-Jews who saved Jews from extermination during the Holocaust. 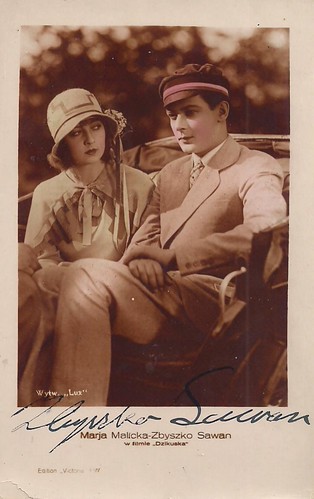 Maria Malicka (1900-1992) was married to Zbigniew Sawan and also often his co-star. She starred in 9 Polish film before the Second World War and returned to the screen some 30 years later as a cleaning lady in Jerzy Skolimowski's acclaimed film Bariera/Barrier (1966). 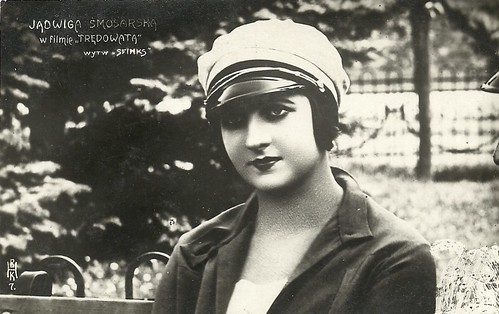