Today, we start a new series at EFSP: Before Hollywood. Each Sunday, we will post about the early American cinema, its studios, films, and stars. The first post is about the pioneering Essanay Film Manufacturing Company, situated in Chicago. The studio was founded in 1907 as the Peerless Film Manufacturing Company by actress Ruth Stonehouse, G. M. Anderson - who would become Essanay's popular Western hero Broncho Billy, and businessman G.K. Spoor. Essanay ('S and A' for Spoor and Anderson) had its first studio in Chicago but would open the second one in 1912 in Niles, a small town in Alameda County, California, south-east of San Francisco. There, the nearby Western Pacific Railroad route through Niles Canyon proved to be a very suitable location for the filming of Westerns. Essanay is probably best known today for its 1914-1915 series of Charlie Chaplin comedies. In the 1920s, after it had merged with other studios, Essanay was absorbed into Warner Bros. 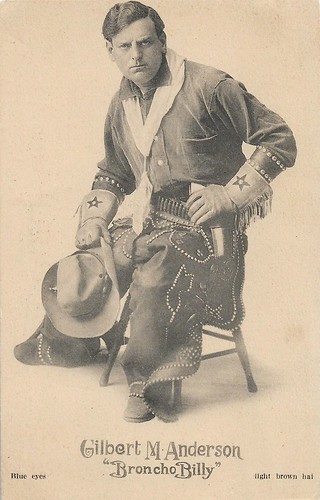 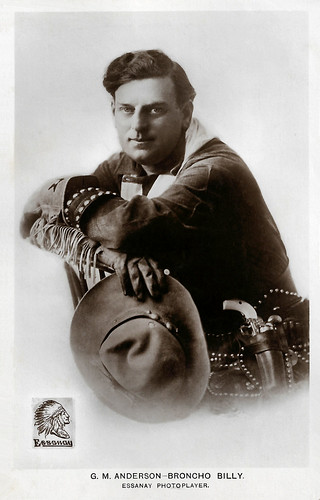 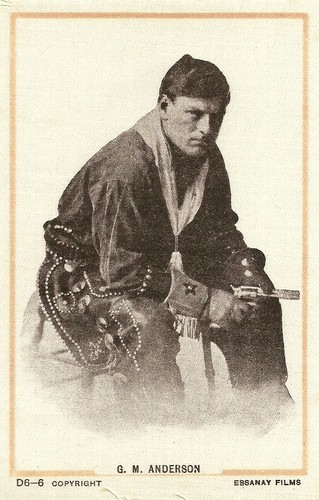 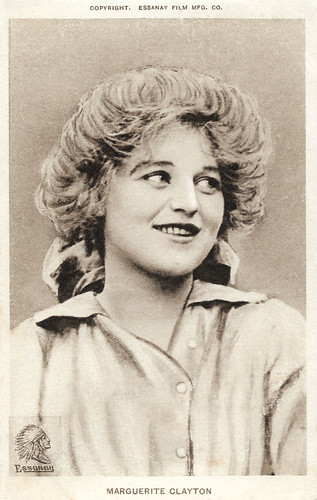 American blonde leading lady of early silent films Marguerite Clayton (1891-1968) was best known as Broncho Billy Anderson's perpetual co-star in more than 60 Westerns for Essanay. In 1909, Clayton made her first films, A Mexican's Gratitude and The Heart of a Cowboy, with Broncho Billy Anderson. A Mexican's Gratitude is a one-reel depiction of how Sheriff Anderson saves a Mexican horse thief from death by hanging, the Western was filmed somewhere "beyond the wide Missouri," but Clayton was still Anderson's leading lady when the rustic-looking screen cowboy finally settled in Niles, in 1912. Anderson also cast her in the less strenuous melodramas filmed back in the company's Chicago headquarters. Clayton went freelance in 1917. 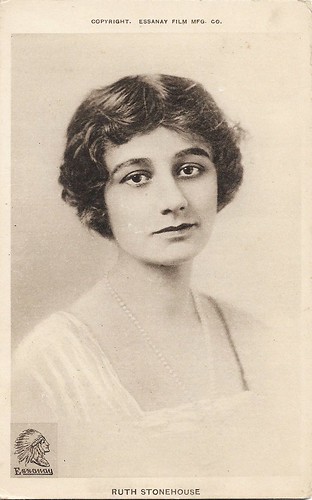 Ruth Stonehouse (1892–1941) was one of the founding members of the Essanay Film Manufacturing Company in 1907. From 1911, Stonehouse started acting in film at Essanay, first in Mr. Wise, Investigator (E. Mason Hopper, 1911), followed by some 100 short films. Often she would be paired with Francis X. Bushman, as in Neptune's Daughter (Theodor Wharton, 1912). Other regular co-actors at Essanay were e.g. Bryant Washburn, Dolores Cassinelli, Richard Travers, Lilian Drew, and Beverly Bayne. While of many shorts we don't know the directors, some were filmed by directors who would make a career in Hollywood afterward, such as Harry Beaumont and Allan Holubar. Stonehouse almost always had the female lead in these films. In 1916, Stonehouse moved over to Universal. 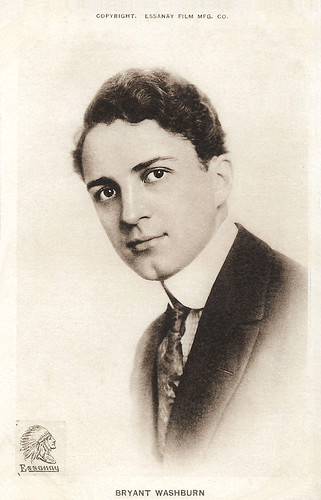 Bryant Washburn (1889–1963) was an American film actor, who appeared in 375 films between 1911 and 1947. From 1911, he was one of the leading actors of the Essanay company. He quickly became a comedy star after appearing in films such as Skinner's Baby and Skinner's Dress Suit in 1917. In 1918 he moved over to Paramount/Famous Players-Lasky. 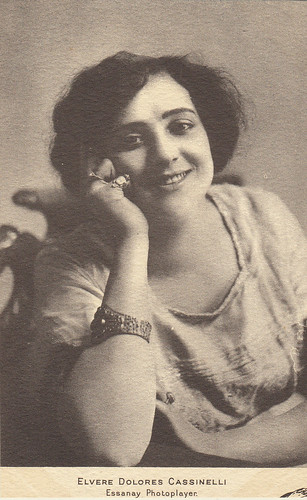 Chaplin’s one year with Essanay was the company's zenith


Essanay's first film was An Awful Skate, or The Hobo on Rollers (1907), starring Ben Turpin, who then worked as the studio janitor. The film was produced for only a couple hundred dollars and grossed several thousand dollars in a release.

The studio prospered and a year later Essanay became a member of the powerful Motion Picture Patents Company. Essanay's famous films include the first American film version of A Christmas Carol (1908) and the first Jesse James movie, The James Boys of Missouri (1908). Essanay also produced the very first American Sherlock Holmes film in 1916 with William Gillette. The first film comedy pie in the face gag is believed to have hit Essanay star Ben Turpin in Mr. Flip (1909).

In November 1914, Essanay lured Charlie Chaplin from Mack Sennett's Keystone Studios. He was paid an unprecedented salary of $1,250 per week, with a bonus of $10,000 for merely signing with the company. Chaplin made 14 short comedies for Essanay in 1915, at both the Chicago and Niles studios, plus a cameo appearance in one of the Broncho Billy Westerns.

The landmark film of the Chaplin series is The Tramp (Charles Chaplin, 1915), in which Chaplin's vagabond character finds work on a farm and is smitten with the farmer's daughter (Edna Purviance). Chaplin injected moments of drama and pathos unheard of in slapstick comedies (the tramp is felled by a gunshot wound, and then disappointed in romance). The film ends with the famous shot of the lonely tramp with his back to the camera, walking down the road dejectedly, and then squaring his shoulders optimistically and heading for his next adventure.

Chaplin disliked the unpredictable weather of Chicago and left after only one year for more money and more creative control elsewhere. His departure caused a rift between founders Spoor and Anderson. Chaplin was the studio's biggest moneymaker, and Essanay resorted to creating 'new' Chaplin comedies from file footage and out-takes. Finally, with Chaplin off the Essanay scene for good, Essanay signed French comedian Max Linder, whose clever pantomime, often compared to Chaplin's, failed to match Chaplin's popularity in America.

Charlie Chaplin’s one year with Essanay was the company's zenith. Essanay foundered after Chaplin left to join the Mutual Film Corporation. In 1915, the Essanay entered into an agreement, in a last-ditch effort to save the studio, with Vitagraph Studios, Lubin Manufacturing Company, and Selig Polyscope Company to form a film distribution partnership known as V-L-S-E, Incorporated. It was orchestrated by Chicago distributor George Kleine.

Essanay finally ceased operations in 1918. Essanay had produced 1,400 titles during its ten-year history. Of V-L-S-E, only the Vitagraph brand name continued into the 1920s, and was absorbed by Warner Brothers in 1925. Years later, both George K. Spoor (in 1948) and Gilbert M. 'Broncho Billy' Anderson (in 1958) received Oscars, specifically Academy Honorary Awards, for their pioneering efforts with Essanay. 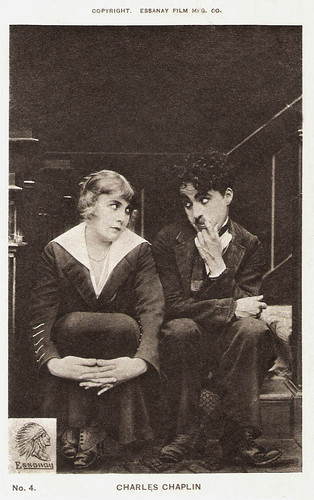 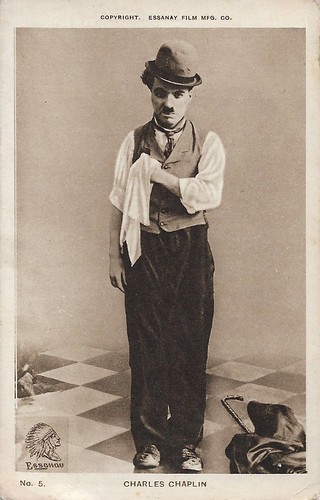 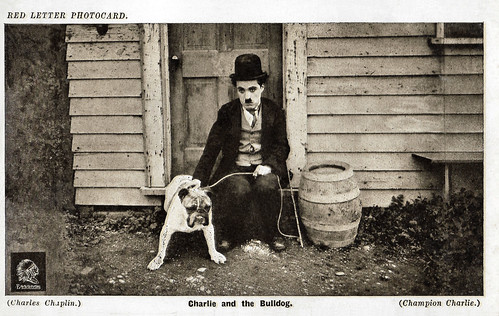 In 1914, Charles Chaplin signed on at the Essanay Film Manufacturing Company, where he made 15 films. The Essanay comedies find Chaplin in transition, taking greater time and care with each film, experimenting with new ideas, and adding flesh to the Tramp character that would become his legacy. Chaplin’s Essanay comedies reveal an artist experimenting with his palette and finding his craft. In Great Britain, a series of Red Letter photo cards was published with pictures of Chaplin's Essanay films. The titles on the cards are the British film titles. 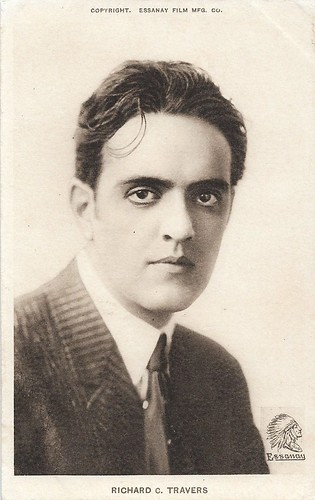 Richard Travers (1885-1935) was a Canadian film actor of the silent era. He appeared in 143 films between 1912 and 1930. In May 1913, Travers was signed to Essanay. He was tapped to play romantic leads and very quickly became a favourite in the studio and among fans. His first big hit for Essanay was The Pay-As-You-Enter Man (1913) and he quickly became an Essanay mainstay. He worked consistently, stationed at the Chicago branch, appearing in 3-reel comedies and other shorts. He played romantic leads but also continued to perform daring, rugged, and athletic roles. 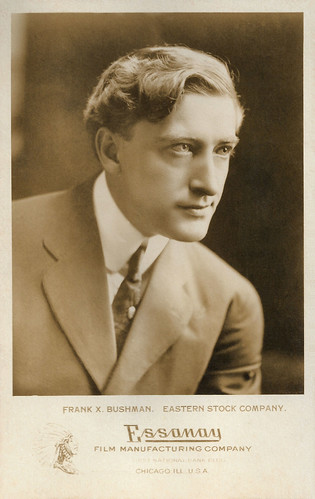 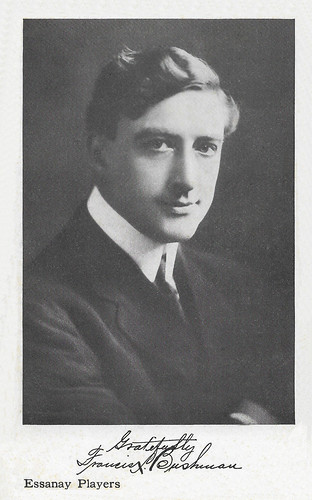 American film actor and director Francis X. Bushman (1883-1966) was nicknamed the 'King of the Movies'. Bushman broke into the film business via the stage. At Essanay Studios in Chicago, he was first noticed for his muscular, sculpted frame. His career as a matinee idol started in 1911 in His Friend's Wife. He gained a large female following and became one of the biggest stars of the 1910s. 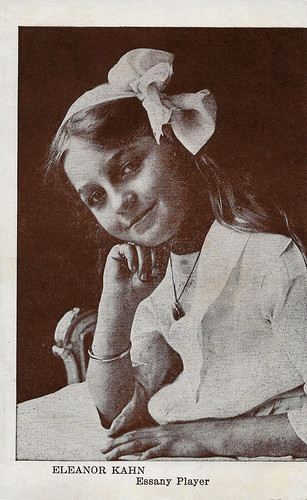 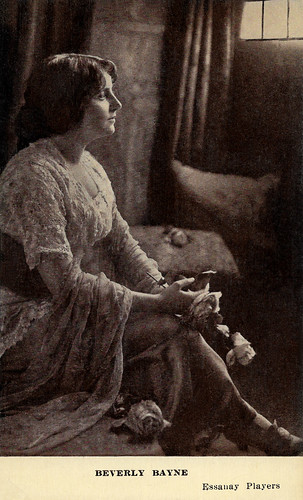 American actress Beverly Bayne (1894-1982) was a wide-eyed, brunette star of the early silent cinema. She worked for Essanay in Chicago from 1912. In 1918, she married her co-star, Francis X. Bushman. 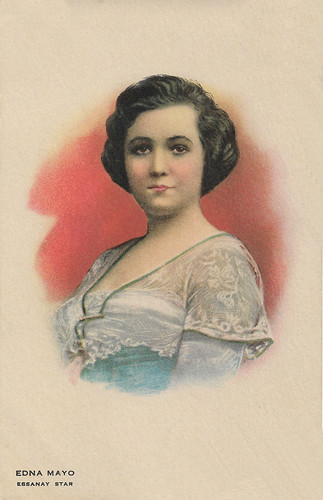 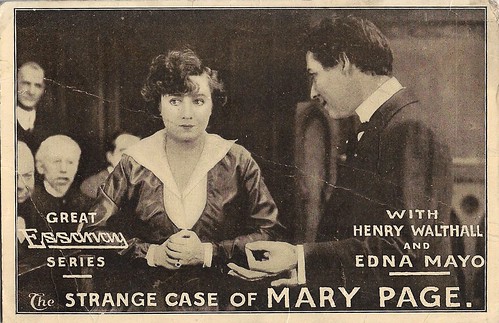 Most of The Strange Case of Mary Page is considered to be lost, with only two of the episodes preserved. The plot deals with an actress, Mary Page (Edna Mayo), suspected of having killed a wealthy, brutal man about town, David Pollock (Sydney Ainsworth). The lawyer who defends her, is her own lover, Philip Langdon (Henry B. Walthall). But is he perhaps the killer too? 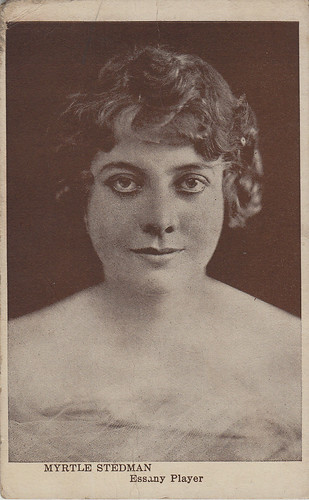 American silent screen actress Myrtle Stedman (1885-1938) was known as 'the girl with the pearly eyes'. In 1911, Myrtle and her husband Marshall Stedman were signed by the Selig Polyscope Co. Myrtle was a leading lady in silent films of the 1910s and early 1920s for such companies as Essanay, Bosworth, and Pallas and later, she became a character actress. 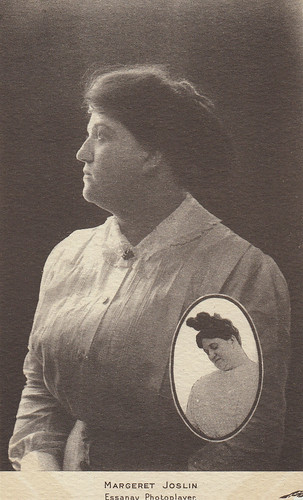 Margaret Joslin (1883-1956) was an American film actress who specialised in playing matrons. She appeared in nearly 170 silent films between 1910 and 1923, including many short slapstick comedies starring Harold Lloyd. 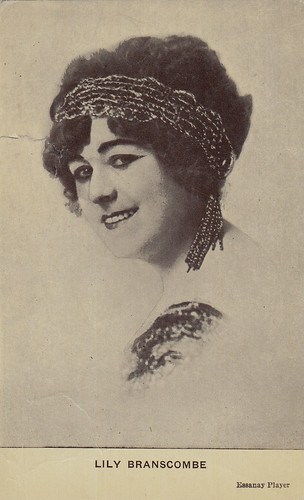 Brunette Lily Branscombe (1976-1970) was a stage and film actress from New Zealand. She became a beautiful star of the American cinema before Hollywood. Between 1911 and 1913, she played in more than 50 short films for Essanay. 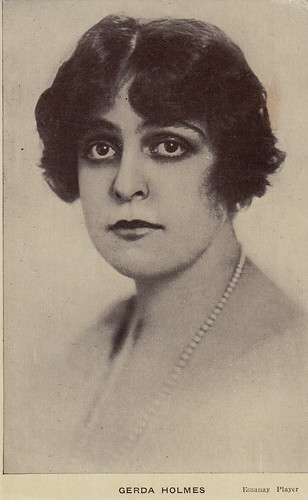 Gerda Holmes (1891-1943) was a stage actress who also appeared in the silent cinema. She had major roles in numerous films for Essanay including The Fable of Elvira and Farina and the Meal Ticket (1915), and The Iron Ring (1917) with Arthur Ashley. In the 1920s, she became a successful opera singer under her original name of Gerda Henius. 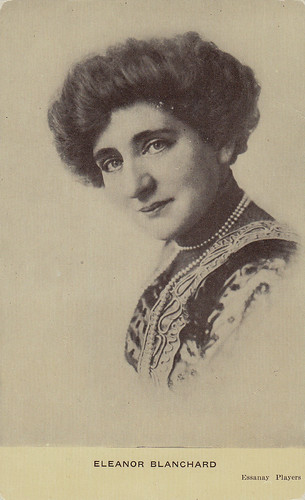 American actress Eleanor Blanchard (1886-?) appeared in more than a hundred silent films for such companies as Georges Méliès, Essanay, and Lubin.

In 2019, we did a post on another pioneering American film studio, the American Vitagraph Company. See also our Essanay album at Flickr.