Our series Photo by... returns! Every Thursday, we'll do a post on a terrific photographer and today we start with the Italian master Arturo Bragaglia (1893-1962). He had a photographic studio at the Cinecittà, the Roman film studio complex that opened in 1937. From 1942 on, he also taught photography at the Centro Sperimentale di Cinematografia, just opposite Cinecittà. 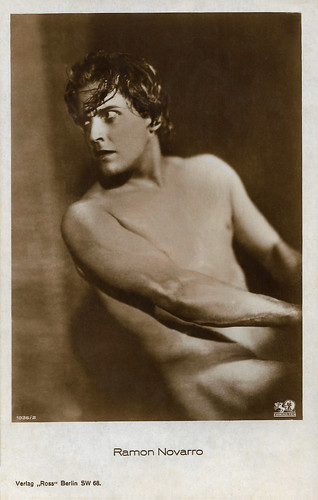 In Ben-Hur: A Tale of the Christ (Fred Niblo, 1925), silent film star Ramon Novarro plays the Jewish prince Judah Ben-Hur, who seeks to find his family and to revenge himself upon his childhood friend Messala (Francis X. Bushman) who had him wrongly imprisoned. A slip of a brick during a Roman parade causes Judah to be sent off as a galley slave, his property confiscated and his mother and sister imprisoned. Years later, as a result of his determination to stay alive and his willingness to aid his Roman master, Judah returns to his homeland an exalted and wealthy Roman athlete. Unable to find his mother and sister, and believing them dead, he can think of nothing else than revenge against Messala. Ramon Novarro was promoted by MGM as a 'Latin Lover' and became known as a sex symbol after the death of Rudolph Valentino. Ben-Hur was Novarro's greatest success. His revealing costumes caused a sensation, just like this picture by Arturo Bragaglia. 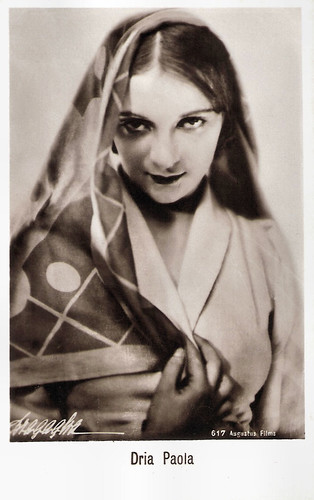 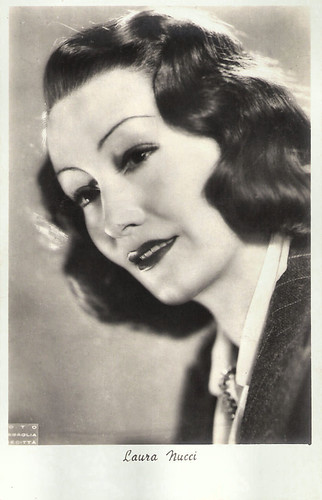 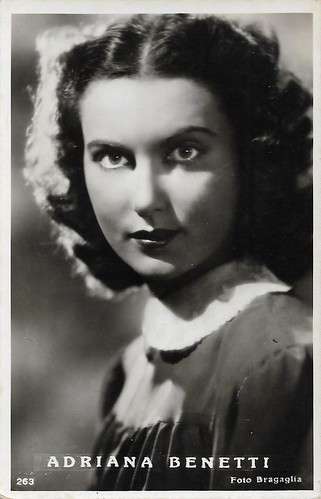 Adriana Benetti (1919–2016) was an Italian actress, who peaked in the 1940s in films such as Teresa Venerdí/Doctor, Beware (Vittorio De Sica, 1941) and Quattro passi fra le nuvole/Four Steps in the Clouds (Alessandro Blasetti, 1942). 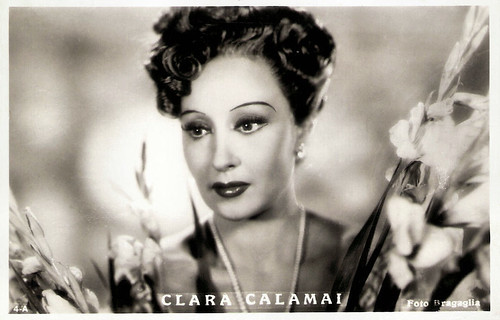 Though she acted in many light entertainment films, Clara Calamai's (1909-1998) most famous role will for always be femme fatale Giovanna in Luchino Visconti's steamy (proto-)neorealist film Ossessione (1943).

The photographic director at Cinecittà

Arturo Bragaglia began his career making photographs in collaboration with his older brother Anton Giulio Bragaglia. His artistic training was developed as an assistant, alongside his brothers, in his father Francesco Bragaglia’s film production company in Rome.

With the publication of his brother Anton Giulio Bragaglia’s book 'Fotodinamismo futurista' (Futurist photodynamism), in 1911, Arturo began collaborating with his brother on photographic experiments. He continued this work until 1932 after Anton Giulio’s focus had shifted to the cinema.

In 1914, Arturo established his own studio. From 1922 until 1928, he was the official photographer of his brothers’ establishment, the Teatro degli Indipendenti, Rome. In 1925, he co-organised the Mostra fotografica italiana (Italian photography exhibition) in Genoa and became a national advisor of the Federazione dei Fotografi.

From 1933 on he was increasingly involved in the cinema, as the photographic director at Cinecittà, Rome, and later as a screenwriter and actor in a number of major productions, such as René Clair’s film La Beauté du diable/Beauty and the Devil (1950) and Vittorio De Sica’s Miracolo a Milano/Miracle in Milan (1951).

After World War II, Bragaglia continued to work as a photographer, photojournalist, and screenwriter for major directors. He also played a studio photographer in Luchino Visconti's film Bellissima (1951). 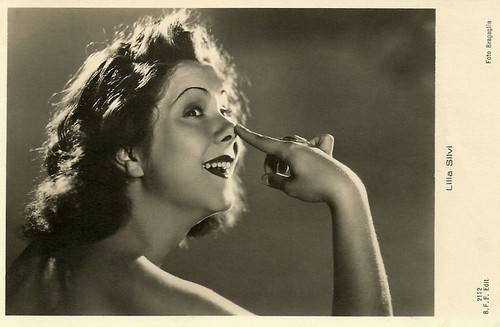 Lilia Silvi (born 1921) was a diva of the Italian 'telefoni bianchi' comedies of the 1930s and 1940s, often paired with Amedeo Nazzari. She recently acted in Gianni e le donne (Gianni Di Gregorio 2011) and was the object of the documentary In arte, Lilia Silvi (2011).

Leonardo Cortese (1916-1984) was a matinee idol of the Italian cinema of the 1940s. He starred in such films as Sissignora/Yes, Madam (Ferdinando Maria Poggioli, 1941) and Un garibaldino al convento/A Garibaldian in the Convent (Vittorio De Sica, 1942). After the war, he started directing, first films and later on rather focusing on television. 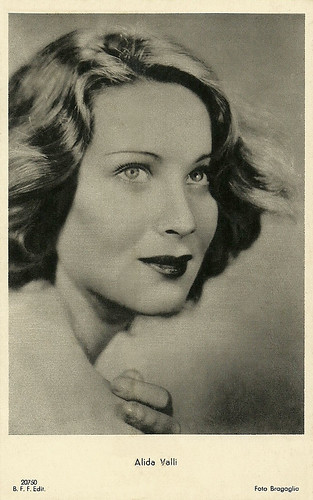 Strikingly beautiful actress Alida Valli (1921-2006) was Italy’s Sweetheart of the early 1940s. She fascinated audiences not only with her flawless porcelain face, her dark, voluptuous hair, and her green, expressive eyes but also with her ability to simultaneously hide and reveal a character's thoughts and emotions. In a career that spanned seven decades, she appeared in more than 110 films including such classics as The Third Man (Carol Reed, 1949), The Paradine Case (Alfred Hitchcock, 1947), and Senso (Luchino Visconti, 1954). 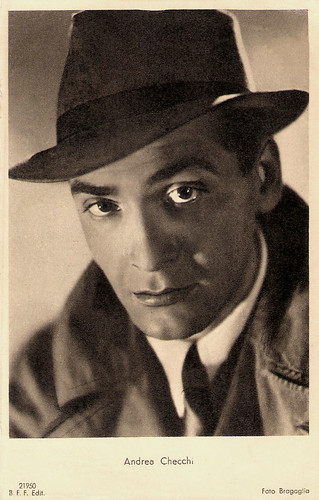 Andrea Checchi (1916-1974) was a prolific Italian film and television actor, who peaked in the early 1940s as a leading actor, while he had important supporting parts in post-war Neorealism and beyond. 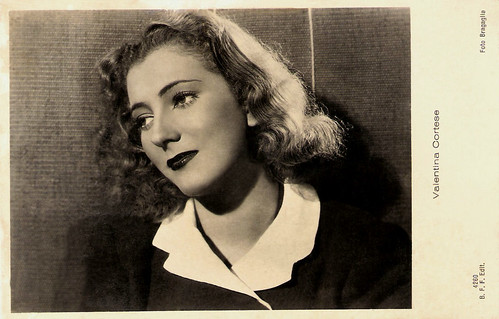 Italian film and stage actress Valentina Cortese (1923-2019) appeared in more than 100 Italian, French, British and American films and TV series. She was nominated for the Oscar for Best Supporting Actress for her role in Truffaut’s La nuit américaine/Day for Night (1973). 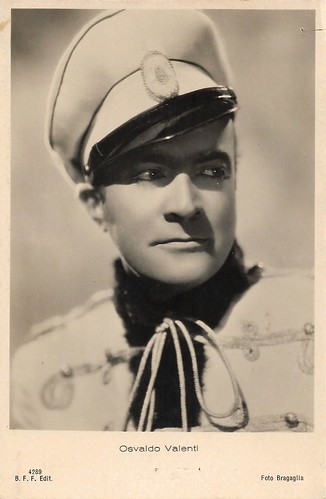 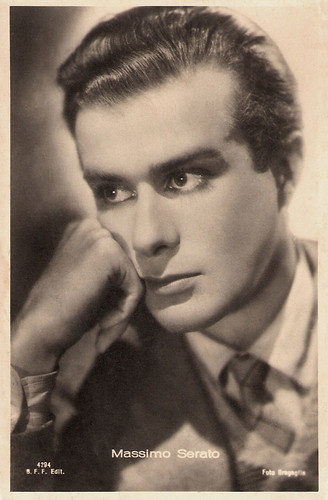 Italian film actor Massimo Serato (1916-1989) had a career spanning over 40 years with more than 140 films. He was the virile hero of many sword and sandal epics and historical dramas, mainly in Italy, but he also played roles in major international films. 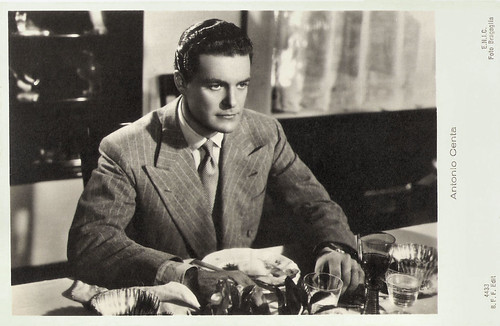 Between the mid-1930s and 1943, bright and gentle Antonio Centa (1907-1979) was among the most active actors of the Italian cinema. Among female audiences, he was a popular heartthrob in the White Telephone films. The critics praised his performances in Renato Castellani's Un colpo di pistola/A Pistol Shot (1942) and Zazà (1944). 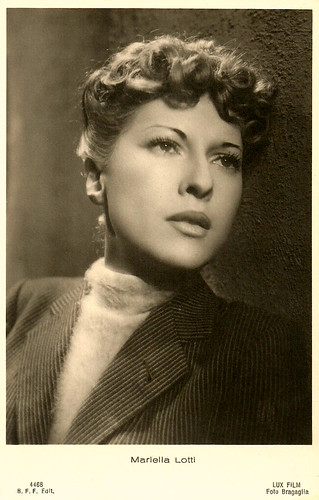 Blonde Italian film actress Mariella Lotti (1921-2006) played leading ladies in a number of Fascist-era and post-war films. The refined beauty quickly became one of the most popular Italian divas of the 1940s.