American actress Gail Russell (1924-1961) was an incredible doe-eyed beauty who presented a screen image of great innocence and vulnerability. She is best known for the supernatural horror film The Uninvited (1944). During a promising career at Paramount, she became a victim of alcoholism. It ruined her career, appearance and marriage to Guy Madison. In 1961, she died from liver damage, only 36. 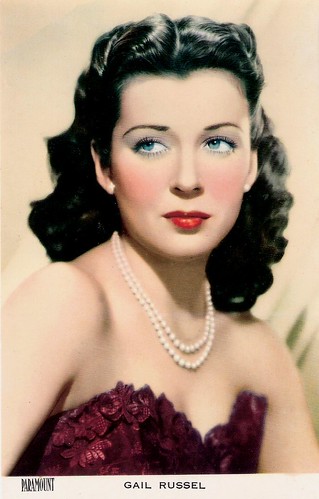 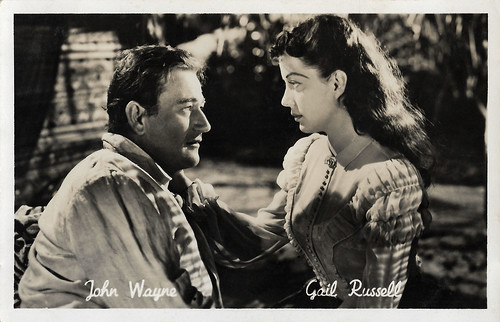 Gail Russell was born Elizabeth L. Russell in 1924 to George and Gladys (Barnet) Russell in Chicago, Illinois. The family moved to the Los Angeles, California, area when she was a teenager. Her father was initially a musician but later worked for Lockheed Corporation.

Russell attended high school in Santa Monica, California, where she was spotted by a Paramount talent scout and signed to a contract immediately upon graduation. Although Russell was possessed with a paralysing kind of self-consciousness and had no acting experience, Paramount had great expectations for her and employed an acting coach to work with her.

Russell's haunting, melancholy beauty was ideally suited for the ingenue role in the lavish supernatural horror film The Uninvited (Lewis Allen, 1944) with Ray Milland. Hal Erickson at AllMovie: "The Uninvited remains one of the spookiest 'old dark house' films ever made, even after years of inundation by computer-generated special effects."

Lewis Allen then directed Russell in Our Hearts Were Young and Gay (Lewis Allen, 1944), in which she co-starred with Diana Lynn. It was another success. Russell co-starred opposite Alan Ladd in Salty O'Rourke (Raoul Walsh, 1945), a horse racing drama. She made a third film with Allen, The Unseen (Lewis Allen, 1945), an unofficial follow up to The Uninvited. Gail played Elizabeth Howard, a governess of the house in question. The film turned a profit but was not the hit that Paramount executives hoped for.

Then she and Diana Lynn were in Our Hearts Were Growing Up (William D. Russell, 1946), a sequel to Our Hearts Were Young and Gay. The plot centred around two young college girls getting involved with bootleggers. Unfortunately, it was not anywhere the calibre of the first film and it failed at the box-office. She was reunited with Ladd in Calcutta (John Farrow, 1947), shot in 1945 but not released until two years later. Although the film was popular, critics felt that Russell was miscast. 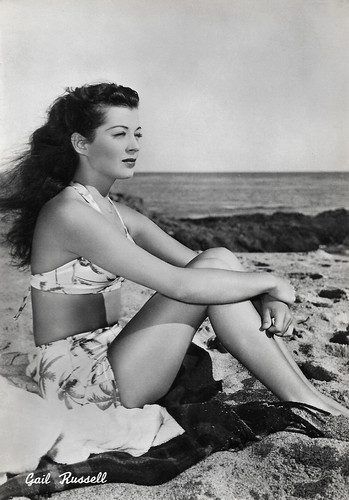 Italian postcard by Bromofoto, Milano, no. 233.

A victim of alcoholism

Gail Russell left Paramount and appeared in the romantic comedy The Bachelor's Daughters (Andrew L. Stone, 1948) for United Artists. John Wayne hired her to be his co-star in a film he was producing, Angel and the Badman (James Edward Grant, 1948). It was a hit with the public and Gail shone in the role of Penelope Worth, a feisty Quaker girl who tries to tame gunfighter Wayne.

She did Moonrise (Frank Borzage, 1948) for Republic. Bruce Eder at AllMovie: "Moonrise, the most expensive movie ever made by Republic up to that time, but one that was worth every penny. Arguably Borzage's finest directorial effort and the most hauntingly beautiful movie ever issued by the studio, Moonrise is filled with delights at just about every level that it is possible to enjoy in a movie."

Russell returned to Paramount for Night Has a Thousand Eyes (John Farrow, 1948) with Edward G. Robinson, then reteamed with John Wayne for Wake of the Red Witch (Edward Ludwig, 1948). She appeared again with Wayne in a Western for Pine-Thomas Productions, El Paso (Lewis R. Foster, 1949).

Russell then did Song of India (Albert S. Rogell, 1949) with Sabu for Columbia, and The Great Dan Patch (Joseph M. Newman, 1949) with Dennis O'Keefe for United Artists. She made some more Pine-Thomas films: Captain China (Lewis R. Foster, 1950) with John Payne, and the Film Noir The Lawless (Joseph Losey, 1951) with Macdonald Carey.

Russell married film star Guy Madison in 1949, but by 1950 it was well known that she had become a victim of alcoholism, and Paramount did not renew her contract. She had started drinking on the set of The Uninvited to ease her paralysing stage fright and lack of confidence.

She made Air Cadet (Joseph Pevney, 1951) for Universal, but alcohol made a shambles of her career, appearance and personal life. In January 1954, in a court in Santa Monica, California, Russell pleaded guilty to a charge of drunkenness, receiving a $150 fine. The fine was in lieu of a jail sentence, with the provision that she not use intoxicants or attend night spots for two years. In the same court session, she received a continuance on a charge of driving while drunk. 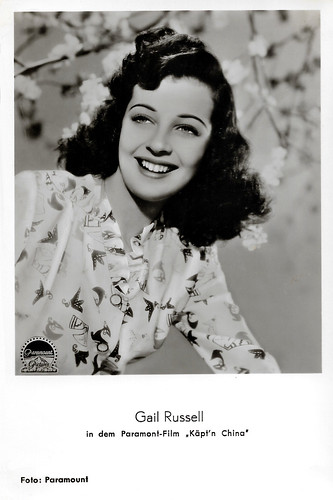 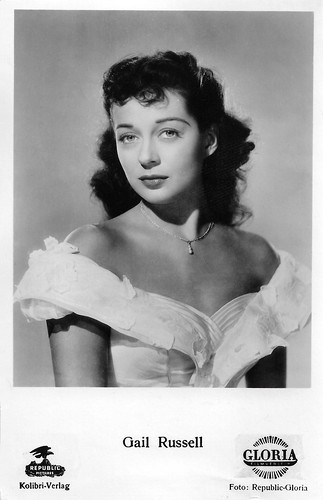 Attempting to get control of her life

Gail Russell disappeared from the screen for the next five years while she attempted to get control of her life. In 1954, she divorced Guy Madison. She returned to work in a co-starring role with Randolph Scott in the Western Seven Men from Now (Budd Boetticher, 1956), produced by her friend John Wayne, and had a substantial role in the Film Noir The Tattered Dress (Jack Arnold, 1957) with Jeanne Crain and Jeff Chandler.

In July 1957, she was photographed by a Los Angeles Times photographer after she drove her convertible into the front of Jan's Coffee Shop at 8424 Beverly Boulevard. After failing a sobriety test, Russell was arrested and charged with driving under the influence. She appeared in the B-film No Place to Land (Albert C. Gannaway, 1958) for Republic. By now the demons of alcohol had her in its grasp.

She was again absent from the screen until The Silent Call (John A. Bushelman, 1961), a respectable family film about a big dog by the name of Pete with definite separation anxiety. It was to be her last film.

On 26 August 1961, Russell was found dead in her small apartment in Brentwood, Los Angeles, California. She was only 36. She died from liver damage attributed to "acute and chronic alcoholism" with stomach contents aspiration as an additional cause. She was also found to have been suffering from malnutrition at the time of her death. She was buried in Valhalla Memorial Park Cemetery in North Hollywood. 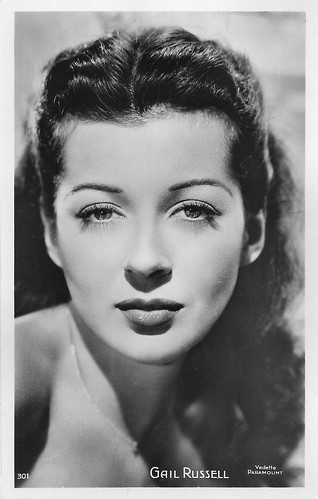