The Choice of Véronique3

Not every postcard at European Film Star Postcards is from my own collection. Some of my friends collect them too, and they share. Here below you find postcards from the collection of Véronique3 from Bucharest in Rumania, whose wonderful collection you can find on Flickr. She selected her ten favorite postcards for this post, and explains her choice. 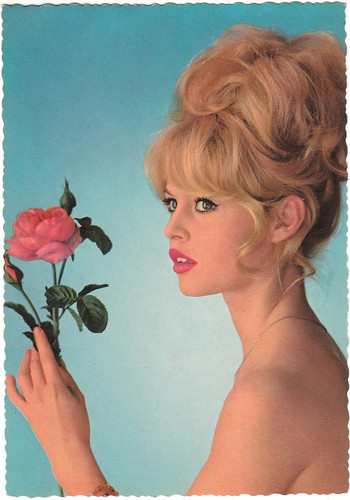 Brigitte Bardot. German postcard by Krüger, no. 902/350. Photo: Sam Lévin.
Véronique: "I like this card for its color, perfectly in tune, and for the rose, the most beautiful of all flowers, the flower of flowers (as the Bible is the book of books). This rose adds to the impression of a 'floral postcard'. Brigitte may well be a 'good actress', she is also an instrument for the realisation of some very pretty cards." 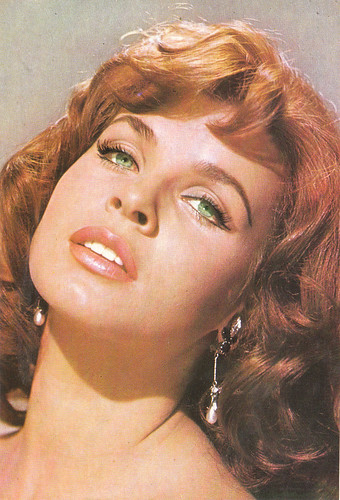 Senta Berger. Rumanian postcard by Casa Filmului Acin.
"I love this card since I was a child. This is a precious 'piece' of my collection. In the past, it used to be difficult to find these cards in my country. People bought them before we knew that they had arrived at the post office. A cousin of mine worked for the post office, so I could start my collection thanks to her ... There were also the newsstands, so quickly sold out (both the kiosks and the postcards)!" 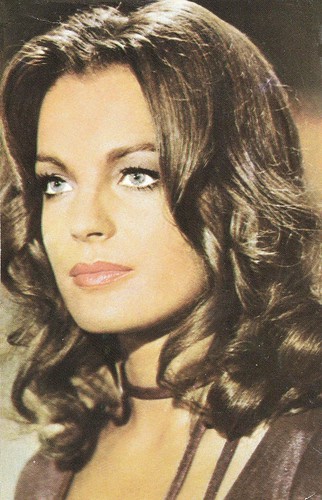 Romy Schneider. Rumanian postcard by Casa Filmului Acin, no. 423.
"She has that something 'I don't know what' and ... something more." 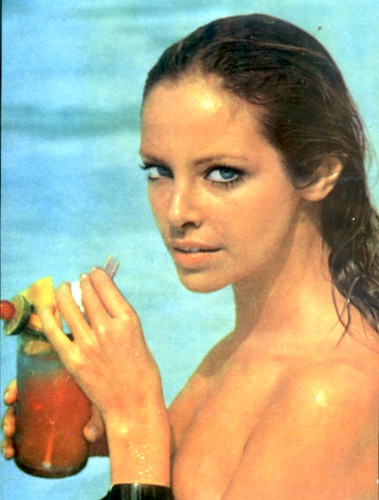 Sydne Rome. Rumanian postcard by Casa Filmului Acin.
"She is a beauty, she had beautiful eyes... This is one of the most beautiful cards that appeared at that time with us. Well known. Before 1989. I would like to know the recipe of this cocktail." 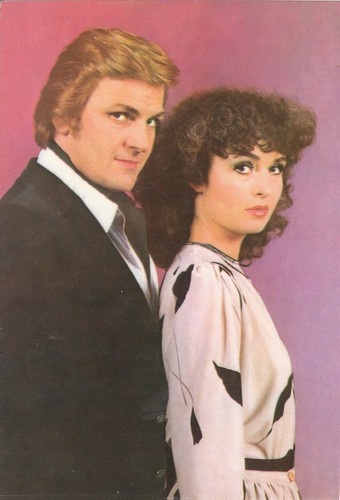 Angela Similea, Florin Piersic. Rumanian postcard by Casa Filmului Acin.
"I chose to publish this postcard which I had been searching for such a long time. I had a passion for this singer, the favorite singer of most Rumanians, and also my favorite singer at the time of Ceausescu. We continuously listened to Angela's songs and persistently sought her images, especially the Acin postcards. With Florin Piersic, she starred in the film Ramasagul and in a few skits seen on TV. She also played on stage with the great actor Stefan Iordache". 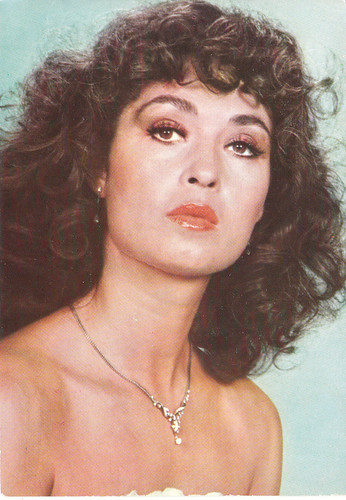 Angela Similea. Rumanian postcard by Casa Filmului Acin.
"I've always loved this postcard. For me, it is a must for any postcard album." 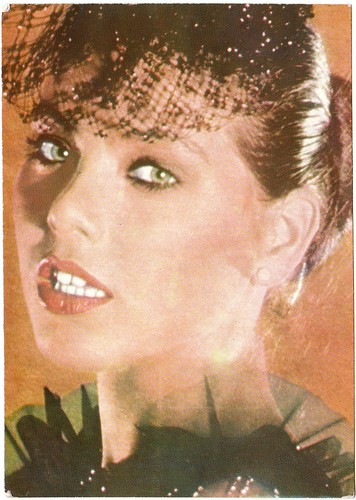 Ornella Muti. Rumanian postcard by Casa Filmului Acin, C.P.C.S. c-da 43139.
"The most beautiful woman in the world, isn't she? A perfect look, a magnificent card." 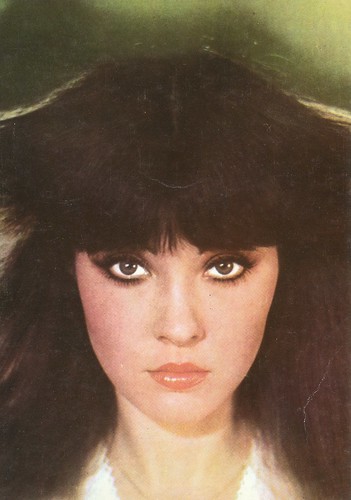 Dagmar Patrasová. Rumanian postcard by Casa Filmului Acin.
"What a great find! At the time I saw the film Arabela I regretted that her Xénie was a negative character. In the film, we saw her less than her sister, Arabela. In any case, she has the pretty face of a princess." 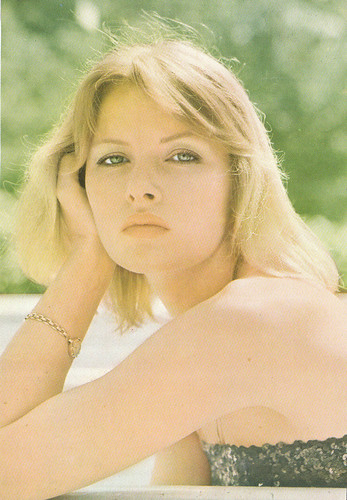 Tamara Akulova. Rumanian postcard by Casa Filmului Acin, C.P.C.S. c-da 53 029.
"I've never seen this actress in a film, but this postcard is one of my favourites. Again, the color of her eyes, her look, the background, I like everything in this picture. 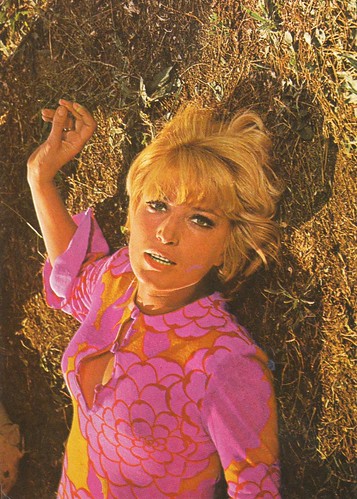 Monica Vitti. Rumanian postcard by Casa Filmului Acin, C.P.C.S., c-da 53189.
"I am not a fan of blonde actresses, but when seeing this card... Monica Vitti has an 'intelligent' side (or perhaps it is an image created by certain directors). Perhaps a bizarre idea, I would like to see this as a hologramme postcard (like the hologramme postcards 'Made in Japan'.

Merci, Véronique!
(And Jan - for helping me with the translation).