The British Tuck postcards were sent to millions all over the world, and decorated rooms in elegant mansions as well as country cottages. Publisher Raphael Tuck (1821–1900) and his sons caught the imagination of the public and created a new graphic arts business. Their business was one of the most well known in the 'postcard boom' of the late 1800s and early 1900s. Their contributions left a lasting effect on most of the artistic world. 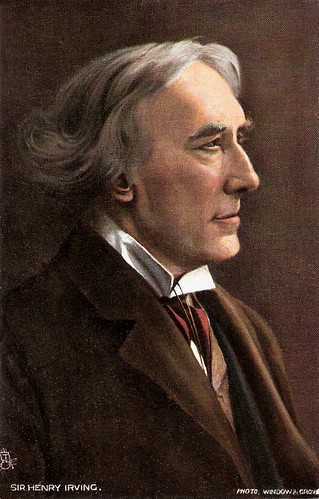 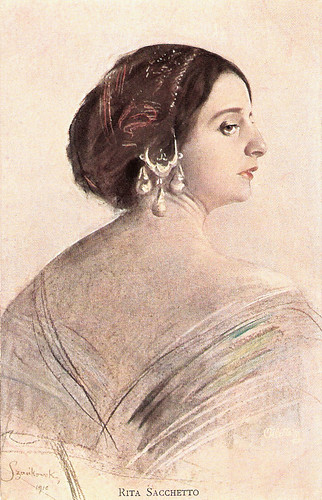 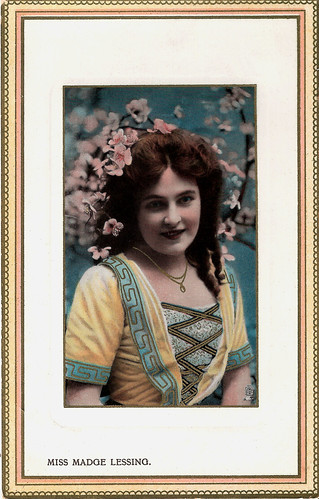 The Royal Warrant Of Appointment
The online database Tuck DB lists all the antique postcards by Rapahel Tuck and sons and tells the history of this publishing firm, which produced so many film star postcards. Raphael Tuck was born Raphael Tuch in Koschmin near Poznan, East Prussia (now Poland) in 1821. There he worked as a joiner and devoted his early years to the study of Judaism, including a working knowledge of Hebrew. Raphael was married to Ernestine Lissner in 1848. She gave birth to seven children, four boys, and three girls, all born in Prussia prior to their migration to England in 1865. In 1866, Raphael and Ernestine opened a little shop in London. The business began with the sale of pictures and frames but within a few months of their arrival Raphael has established himself as a distributor of graphic art printing which included chromos, oleographs, and black and white lithographs. Tuck had received training in graphic arts in his home country. Although he was not an artist himself, he had a flair for commercial art that prompted his interest in this new field. The Tucks displayed reproductions of famous and popular art along with those Victorian greeting cards that were available at the time. Raphael had made contact with lithographers in his native country to supply him with work from their presses suitable for British and American sales. Ironically a Jew, a respected Talmudic scholar, became the chief exponent and promoter of the Christmas card. Raphael discovered that Christmas card designs were mainly secular; and in spite of the increased religious consciousness of the Victorian age, these cards featured the gaiety and revelry of the holiday season. In 1871 Tuck supervised the design of Christmas cards featuring the religious aspects of the season: Jesus Christ, the Holy Pair, the Magi, the Nativity scene, as well as the traditional Santa Claus, holly and mistletoe. As the family of seven children grew, the children provided more help to the business. Three of the four sons participated in the firm. The greatest period of expansion of the Tuck firm came under the direction of Adolph, the second son, who had joined his father in 1870. Gustave and Herman soon followed their brother in 1871. Gustave directed the book and calendar departments, while Herman handled the financial end of the business. The business became known as Raphael Tuck and Sons. In 1875, Raphael became naturalized as a British citizen. In 1880, Adolph launched a nationwide contest offering 5,000 pounds in prizes for the best Christmas card designs. Over five thousand paintings were said to be have been entered in the contest. Entries were displayed in the Dudley Galleries and vast crowds visited the exhibition. Around 1880 the company moved to Coleman Street with a branch in Chiswell Street. Tuck established offices in Paris, Berlin, Montreal, and New York. In 1883, Queen Victoria granted the firm the Royal Warrant of Appointment. 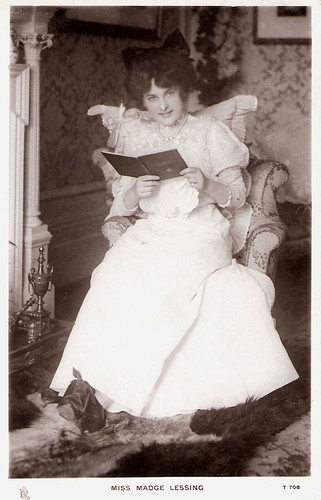 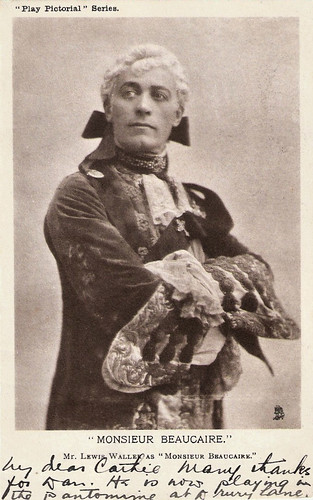 Successful Postcard Competitions
In 1888 Raphael Tuck laid the cornerstone of a splendid building on the corner of Moorfield and Tener Street. Raphael House opened the next year and the five-storey building enabled the Tuck firm to consolidate their various offices and departments that had spread throughout various parts of the city. In addition to the administrative offices, the new building provided adequate space for eight functioning departments: Card Department (Toy-Books, Gift-Books, Booklets); Birthday Book Department; Educational Department; Wall Text and Scripture Motto Department; Engraving Department; Chromo, Oleograph, and Art Study Department; Relief and Art Novelty Department; and Show-Card Department. These Tuck departments attest to the fact that the Victorian age was the age of printed pictorials that took shape by means of the various printing and engraving processes. In 1895 Ernestine died and Raphael’s health began to fail. At the turn of the century, Tuck was into printing almost anything in paper. Through the early 1900s, Tuck’s continued to run very successful postcard competitions with the focus changing to collectors of Tuck postcards rather than the artists whose work was depicted. The prize competitions aroused much interest and proved to be an effective marketing technique. Although the Tuck firm did some black and white printing in their London offices, the majority of color work was contracted for in Germany, Raphael’s home country. This is evidenced by the printed in Bavaria, Germany, or Saxony inscribed on the majority of the early Tuck postcards. It was not until 1899 that Tuck issued its first regular Series of Postcards, a group of twelve consecutively numbered chromographic (i.e. colored) views of London. These issues, frequently referred to as ‘early Tuck’s’ are numbered on the front left edge along with the publisher’s name. Tuck numbered almost 4,000 cards consecutively but at the same time began to use Series numbering which usually consisted of six cards in a Series with the same number. It was due to the efforts of Adolph Tuck that the size of the postcard in England was increased to the size allowed by the Universal Postal Union. Only a small picture and brief message had been allowed on one side with just address and stamp on the other. After four years of negotiations, Adolph succeeded in convincing the British Postmaster General that a larger card could have a picture on one side and a brief message as well as the address and stamp on the other. In 1898, the Postmaster General finally agreed and a new era was begun. On 29 November 1899, the regulations were promulgated and Tuck’s were ready with their first cards as Adolph Tuck was aware of the coming change. Raphael Tuck died in 1900. He did not live to see the postcard blossom into the popular form of social communication that it became just a decade after his death. He did have the vision and that vision was passed on to his sons in good Jewish custom. Adolph and his brothers continued to expand the business after Raphael’s death. The final change to the postcard happened in the first half of 1902 when the address and message were allowed to be printed on the back of the card (split back) leaving the maximum area for an artist drawn and photographic view pictures to appear on the front. 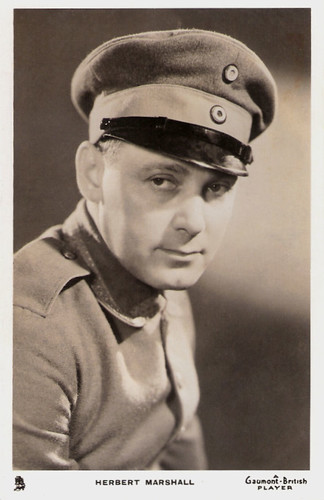 British postcard by Raphael Tuck & Sons in the Real Photograph Series, no. 176. Photo: Gaumont-British. Herbert Marshall in I was a Spy (Victor Saville, 1933). 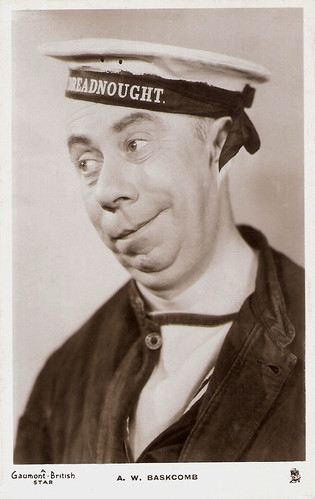 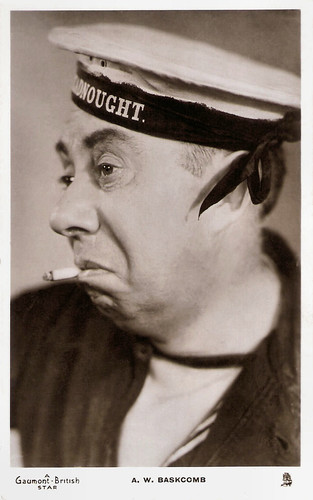 The Blitz
In the early 1900, Tuck issued sets covering topics such as London and other Thames river views, military and war drawings of Harry Payne and others, and well-known paintings by Turner. Later in the year Tuck issued more sets bringing the yearly total of sets to almost 100. In 1901 Tuck continued their frantic pace, issuing many new sets of postcards. By the end of 1903 Tuck had in production over 10,000 different cards. 1904 was yet another banner year for Tuck. Such sets as the Olde Print Series, the Connoisseur Series and the Silverette Series came into production. By the close of 1904 over 15,000 designs were in production. 1909 through 1914 saw continued growth of sets and Series including the Postcard Painting Books and Picture Postcard Puzzles. The sons of Adolph Tuck, Reginald and Desmond continued the business their grandparents had started. With the advent of World War I, they volunteered for military service. Queen Victoria later knighted Adolph. He died shortly after and was succeeded to the title by Reginald, his oldest son. Soon after that Gustave retired and the business was left in the hands of Sir Reginald and Desmond. Many cards are in the Oilette style but some were published under common European Series trademarks such as Platemarked, Real Photograph, and Photogravure. Others were printed in some of the less known Series trademarks such as Opal, Charmette, and Excelsior. During The Blitz, on 29 December 1940, the Nazis bombed London, and Raphael House was ruined. Records of seventy-four years and 40,000 or more original pictures and photographs by the best artists were in ashes. In spite of having to start over, the company was soon making great progress. Sir Reginald Tuck died in 1954, and Desmond continued the business until 1959 when he retired. The company combined with two others to become the British Printing Corporation, which was located only a short distance from where the first shop of Ernestine and Raphael Tuck once stood. 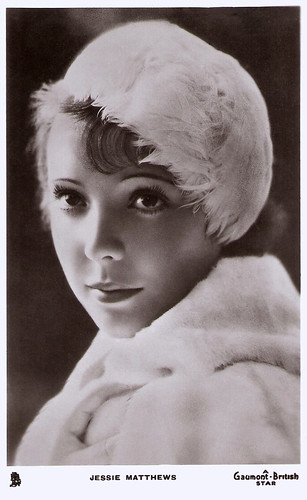 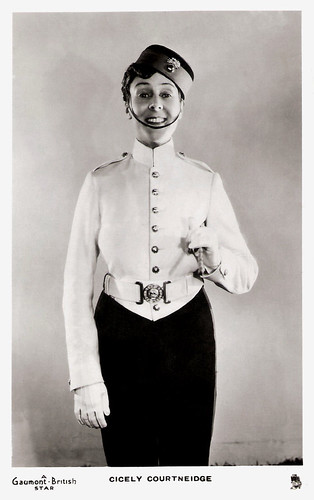 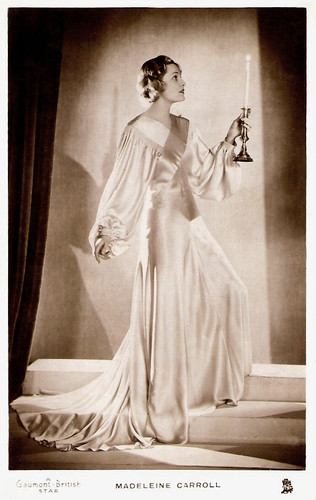 Thanks for this, Bob. I check in often, even if I don't comment frequently since work got busy for me.
Your post on Tuck coincided with this article in the New York Times about an auction of Gustave Tuck's Judaica: