Tito Corbella (1885-1966) sure knew how to paint a woman sensuously! The Italian illustrator, commercial artist and painter portrayed several divas of the Italian cinema of the 1910s, and their portraits were used for very popular postcards. 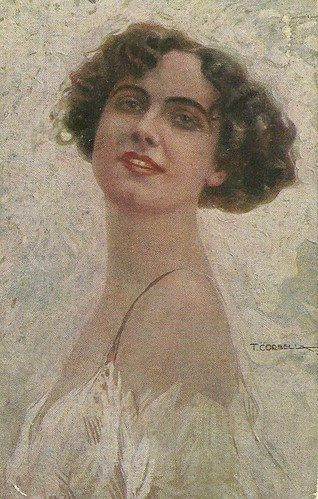 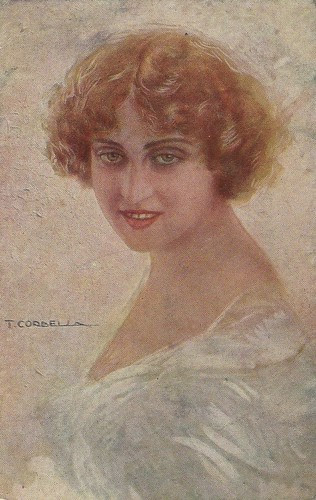 Massively Distributed Postcards
Tito Corbella was born in Pontremoli, Italy in 1885 or 1886 (sources differ). He first studied Chemistry in Padua, then studied at the Academy of Fine Arts in Venice where he was a pupil of Guglielmo Ciardi and Ettore Tito. He remained working in Venice, using his wife as his inspiration for many of his works. Most of his subject matter was a sensual depiction of women and engaged couples. Corbella worked often in publicity, such as for Ricordi of Milan, but he also did non-commercial painting. Corbella painted the theatre and film stars of the 1910s, such as Lyda Borelli and Francesca Bertini. His depictions of them were massively distributed as postcards. During his life, Corbella created over 300 postcard designs, all of which were produced in Italy. He also designed several sets of propaganda postcards during WWI, but collectors prefer his glamorous ladies. 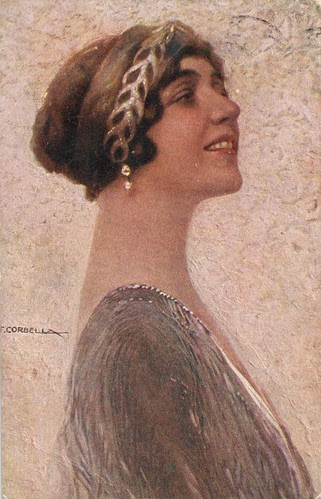 Lina Cavalieri by Tito Corbella. Italian postcard by Uff. Rev. Stampa, no. 894, Milano, 25-5-1917. Corbella painted the portrait after a photo in a kind of Paul Poiret fashion. 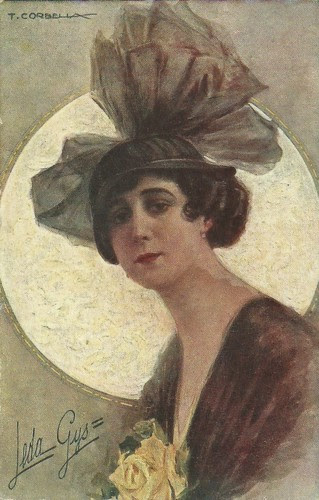 Rita Hayworth Poster,
In the 1920s and 1930s, Tiro Corbella designed many posters for INA (Istituto Nazionale delle Assicurazioni). He also did film posters as for Tosca (Alfredo De Antoni , 1918) with Francesca Bertini, and the epic Fabiola (Alessandro Blasetti, 1949). A famous Corbella film poster is that of Rita Hayworth, which poor Antonio Ricci sticks to the wall in Bicycle Thieves/Ladri di biciclette (Vittorio De Sica, 1948), during which his bike is stolen. Tito Corbella died in 1966 in Rome. 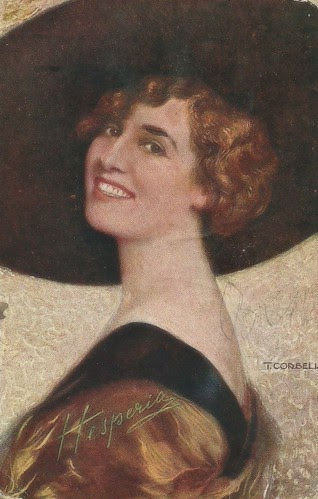 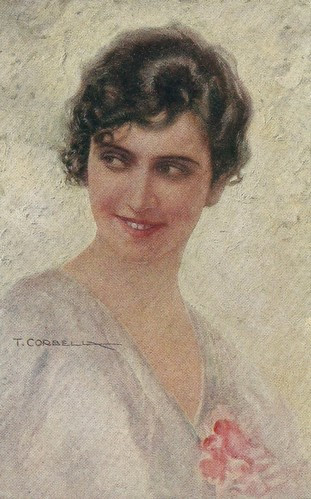 In the 1920s and 1930s Corbella designed many posters for INA (Istituto Nazionale delle Assicurazioni). He also did film posters as for Tosca (De Antoni 1918) with Francesca Bertini and the epic Fabiola (Blasetti 1949). A famous Corbella film poster is that of Rita Hayworth, which poor Antonio Ricci sticks to the wall in Bicycle Thieves/Ladri di biciclette (De Sica 1948), during which his bike is stolen.