For forty years Godfried de Groot (1894-1963) was a prominent Amsterdam portrait photographer who had numerous celebrities for his lens. He was a skilled portraitist whose photos protruded far above average and appeared on many Dutch and German film star postcards. During his long career he hardly changed his flattering style of posing and lighting and while he was famous during his life, there was hardly any serious attention for him after his death. 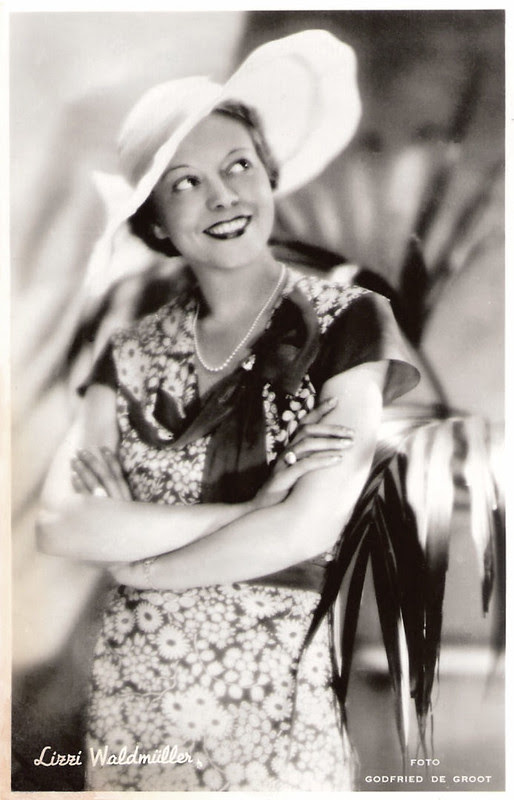 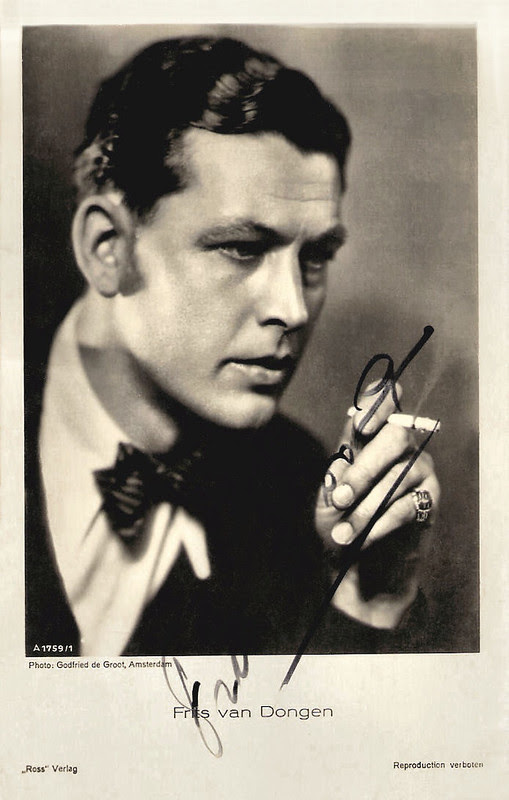 
Godfried Cornelius (Frits) de Groot was born in Den Helder, The Netherlands in 1894. He was the second of the three children of the innkeeper Adrianus Cornelius de Groot and Johanna Geertruida Geurds.

Between 1906 and 1908 Godfried attended the Friary school in Goirle. Then he returned to Den Helder and was registered as a photographer. He was a student of the photographer S. Dijkstra, and later had apprenticeships in Den Bosch, and Bad Nauheim in Germany.

In 1916, he returned from Germany and settled in Amsterdam. Between 1917 and 1921 he worked as assistant to photographer Frits Geveke, who portrayed many actors and actresses. Reportedly, De Groot took several of these clients with him when he opened his first studio in Amsterdam at the Amstellaan (now Vrijheidslaan) around 1922.

In 1928, he established his studio in the prestigious Jan Luykenstraat 2a opposite the Rijksmuseum and also went to live there with his friend and attorney Piet Bakker.

De Groot was an aesthete. On many of his portrait photos the light falls on one or two shoulders, on the side (usually the left) of the face, on the ridge of the nose, the hair, sometimes on the ear. In the portraits of men, the white collar usually the lightest part of the picture, in women’s portraits the light often focuses on the necklace.

De Groot often photographed obliquely from the side, and the left head is generally rotate relatively to the fuselage. Portraits in profile are in the minority. The photographed rarely laughed or looked into the lens. The tint of the face, hair, and clothing often contrasts with that of the background. De Groot continuously varied combinations of these 'ingredients' so that no portrait is exactly the same.

From 1936 on, De Groot had Jan Wieling as an apprentice, with whom he also had a relationship. Until De Groot’s death in 1963, Wieling also took care of the business side of the company. De Groot and Wieling lived from circa 1940 in a villa in Naarden, although De Groot remained formally registered in Amsterdam. 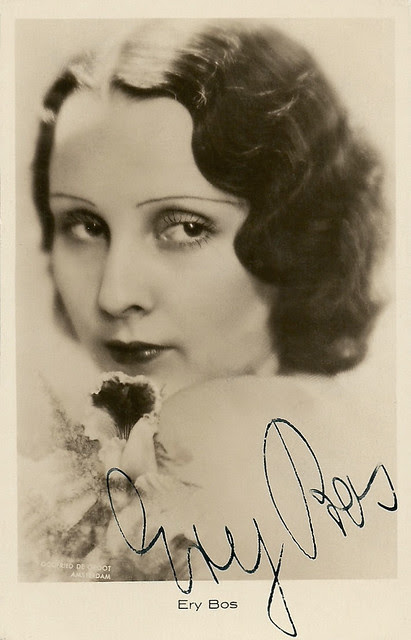 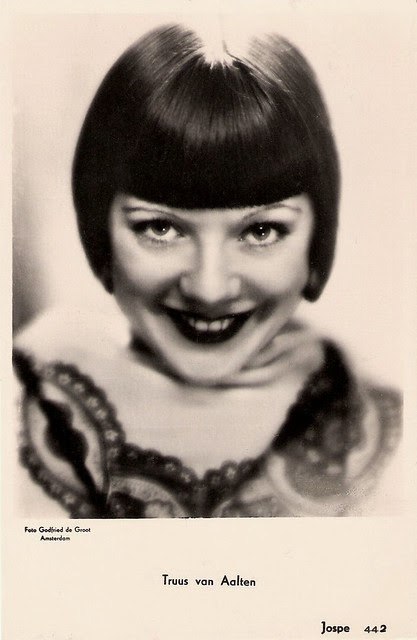 
Godfried de Groot’s photos are recognizable by the careful use of lighting and pose. His flattering, sometimes glamorous portraits are in the tradition of the Pictorialism: beautiful portraits executed with care.

The influence of film stars portraits of his work is unmistakable. His photographs show similarities with the German glamour photos that were published in large numbers on Ross postcards and in Dutch magazines like Cinema & Theater.

Hans Rooseboom at the Dutch photography site ScherpteDiepte (Depth of Field): “In the studio at the Jan Luykenstraat, Godfried de Groot went from daylight to artificial light on. As props, he used a pair of large rectangular blocks and a quarter circular increased by a few steps. By letting the people lean against a block or sit on it they could still move easily and be ‘rearranged’. Stiff, uncomfortable poses were thus prevented.

De Groot had the talent to make people at ease. He treated them all with respect and especially with women he was easy going. They fell often under his charm. He gave them compliments, and made them feel beautiful. No doubt he was a good actor, but his enthusiasm was often sincere. Godfried de Groot loved people and preferred to photographed them at their best.”

He focused on a wealthy clientele who could afford to have their portrait taken with special care at a corresponding price. He had many famous people before the lens throughout his career, including especially many actors, but also dancers, musicians, writers, the mayor of Amsterdam W. de Vlugt, and the director of the Rijksmuseum Dr. F. Schmidt-Degener.

In 1937 Godfried de Groot got his most prestigious commission when he was invited to portray Queen Wilhelmina. It proved to be a very lucrative commission. In addition to his portraits he also did some fashion and advertising photos. And he did a lot of nude photography, of which some pictures were sent to exhibitions. 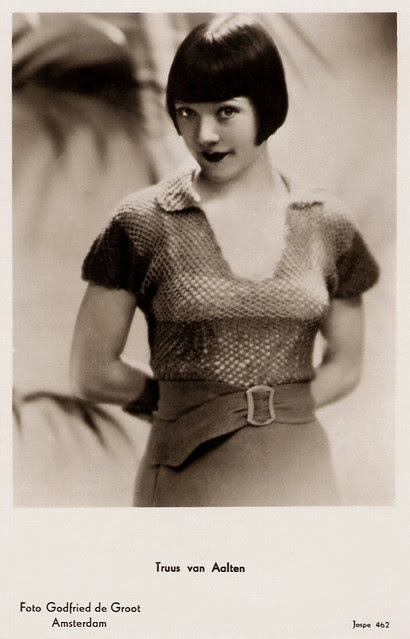 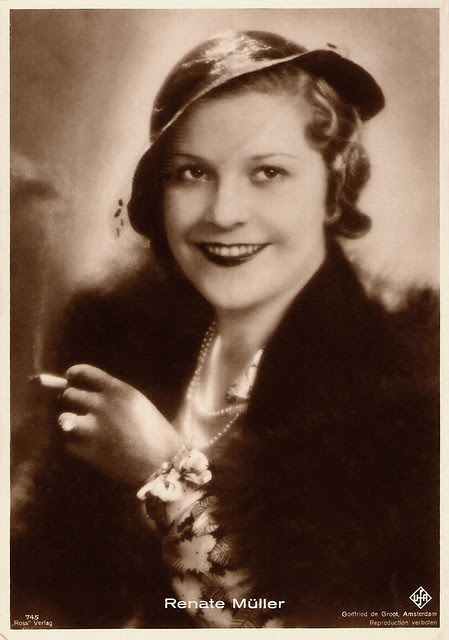 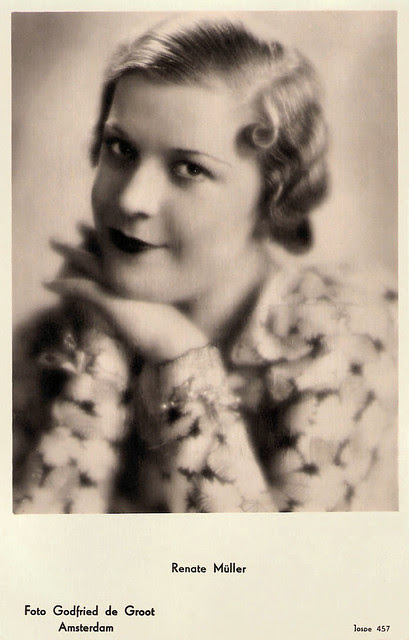 A Slur On His Name


On 16 July 1945, Godfried de Groot was arrested by the Political Investigation on suspicion of membership of the NSB (the National Socialist Movement in the Netherlands) since February 1941.

He was interned for about a year, but on 8 June 1946 he was conditionally withdrawn from prosecution for unknown reasons. His studio was already reopened in September 1945.

After World War II, De Groot's method of photographing changed. He used the soft-focus lens only a few times and gave more attention to the distribution of large quantities of light and dark. His post-war pictures while not razor sharp but - seen from a distance – they seem sharp. He occasionally used projected shadows in the background and made little use of attributes.

While it was for a long time customary to depict actors in stage clothes, De Groot almost always made portraits of them. Therefore there is no essential difference between his portraits of famous and non-famous people.

Among his assistants through the years were Zus Ziegler and Eddy Postuma de Boer, and among the chief operators of the studio were Willy Schurman and Cor van Weele.

Around 1960 Godfried de Groot discovered that he was suffering from cancer. He was replaced by Theo Teuwen in 1961, but De Groot kept working as long as possible.

After a long illness, he died on 1963 in an Amsterdam hospital. Jan Wieling was his sole heir. The company was dissolved that same year, although s studio with his name continued to exist for some years.

His wartime past had cast a slur on his name. In his life Godfried de Groot had been famous in the Netherlands, but there was hardly any serious attention to him after his death in 1963. So several legends could be created around his person.

A large part of the archive of Godfried de Groot was demolished by the later owner of his studio. The remains are now housed at the Prentenkabinet in Leiden. 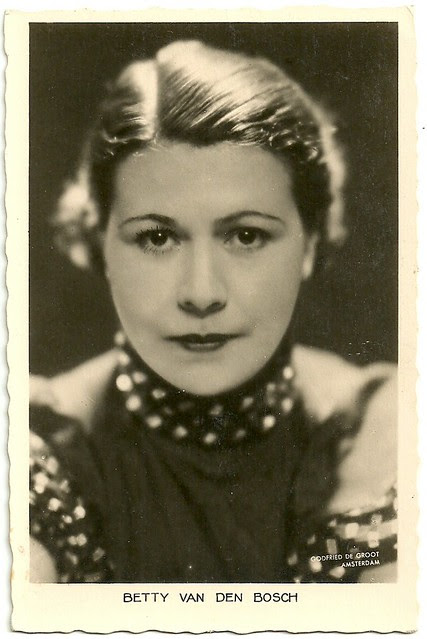 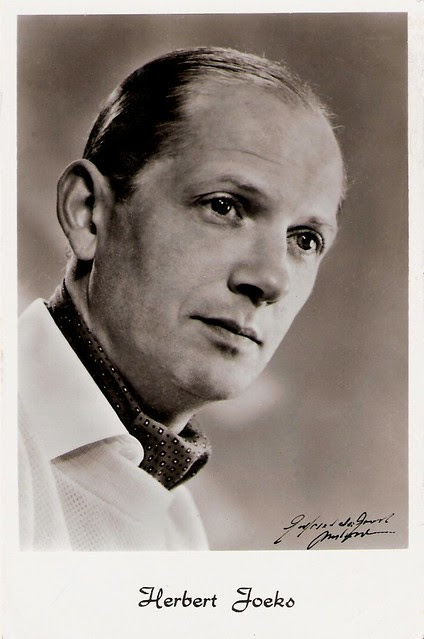 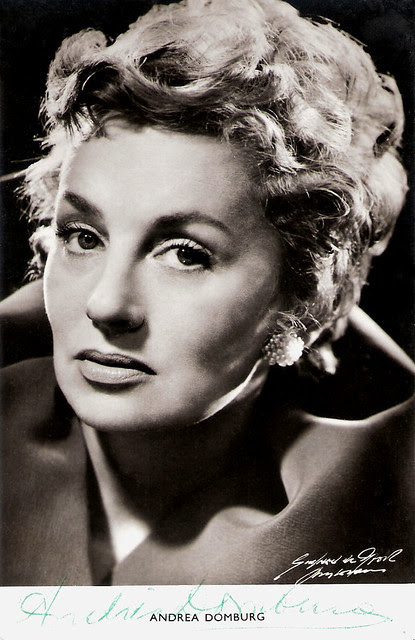