Jan and Kjeld Wennick were only 14 and 16 years old when they hit it big with their classic song Banjo Boy. In the early 1960s the two brothers from Copenhagen performed their hits in several Schlagerfilms. 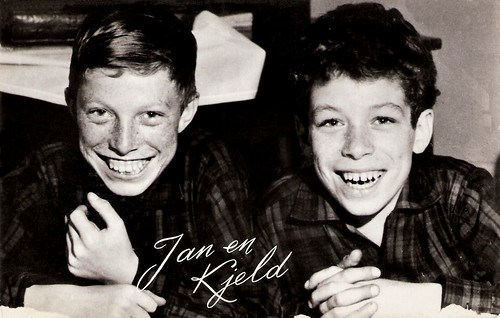 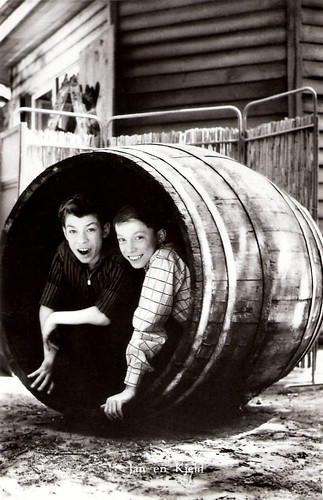 Dutch postcard by Hercules, Haarlem, no. 370. Photo: Hafbo. Publicity still for the film Marina (Paul Martin, 1960), distributed in The Netherlands by Hafbo film. 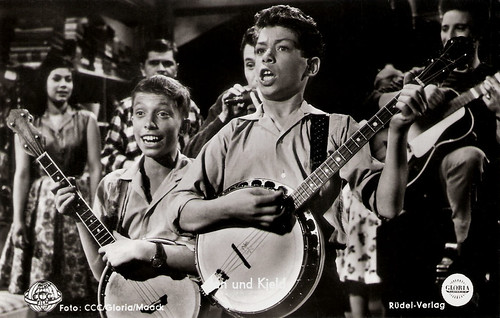 In 1956 the duo Jan & Kjeld was formed. The boys won several song contests in Denmark, and soon they performed on radio and TV.

Their first record was a cover of Down by the Riverside.

In 1958 they made their film debut in the Danish family film Far til fire og ulveungerne/Father of Four Wolf Pups (Alice O'Fredericks, Robert Saaskin, 1958). The film was part of a popular film series about a single parent family featuring Karl Stegger as the father.

When they performed, Jan always stood at the left side. He was left-handed and so their banjos wouldn’t bump. 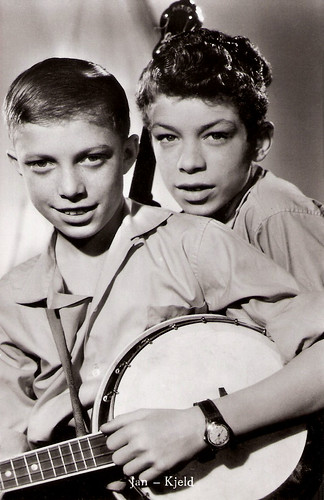 Dutch postcard by Hercules, Haarlem, no. 399. 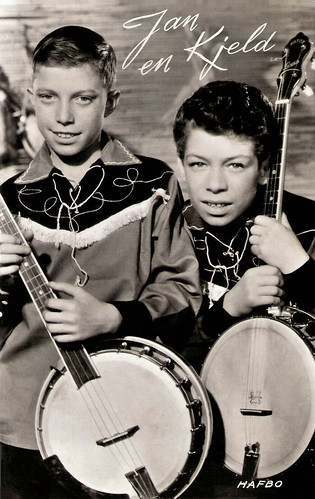 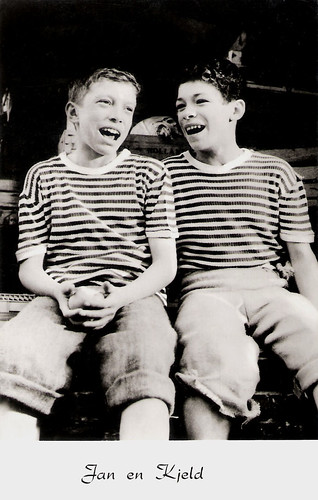 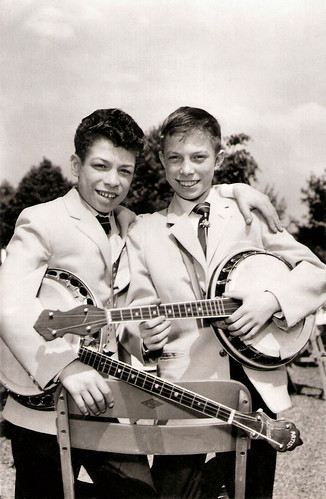 
In 1959, ‘The Kids from Copenhagen’ signed with Germany’s Ariola label and their first records were the covers Tom Dooley and Tiger Rag in 1959.

In the Dixieland classic Tiger Bay, Kjeld did a sensational scat in Louis Armstrong-style. The song became their first hit in Germany.

Their breakthrough hit was Banjo Boy (1959), which they sang in the film Kein Mann Zum Heiraten/No Man To Marry (Hans Deppe, 1959) with Marianne Hold.

Words and music for the song were written by Charly Niessen, who also composed songs for Peggy March and Hildegard Knef.

In 1960, American lyricist Buddy Kaye wrote English words for the song, and Banjo Boy reached #58 in the USA and #36 in Great Britain. 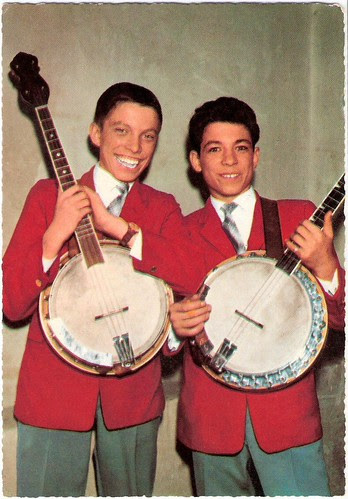 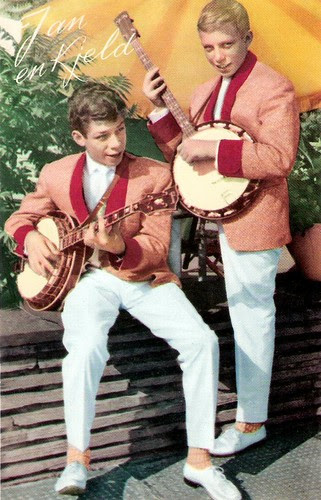 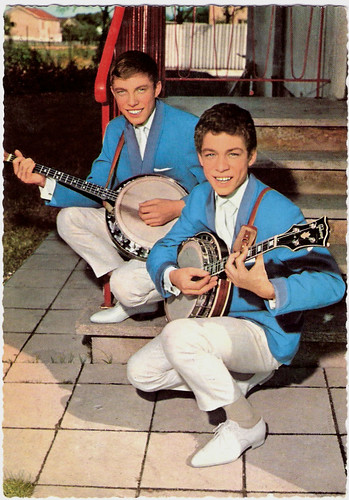 Till 1963 'Die Banjo Boys' had twelve more hits in Germany with German language covers such as the Ricky Nelson cover Hello Mary Lou, which was #2 in Germany in 1961.

In 1966 the singing career of the Danish teenagers was over but over the years they kept appearing in Golden Oldies shows.

In 1983, Kjeld started his own music label, Mega Records, and enjoyed a world success with the the million-selling Swedish pop group Ace of Base. In 2001 he sold his label to Edel Records.

In 2003 he was a jury member of the Danish version of the TV talent show Idols and in 2005 he groomed celebrities to sing a song in the Danish game show Showtime.

Since 2006 Kjeld Wennick owns a café near the harbour of Copenhagen.

Have a much better audio recording on file than is attached to the
"Hello Maryloo" segment.
I'd be happy to supply it for free
if requested.
Thank for this Postcard,
rolfgerig@bigpond.com