Romanian born actress Elizza La Porta (1904-1997) had a short lived career in the late silent cinema of Germany. Her main claim of fame was her starring role in Der Student von Prag/The Man Who Cheated Life (1926). 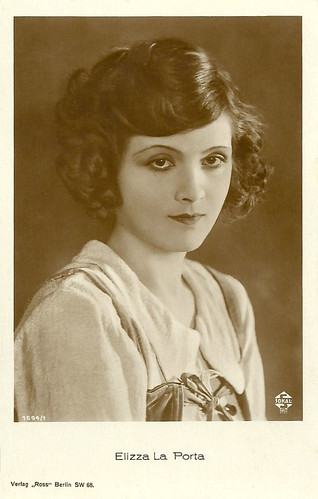 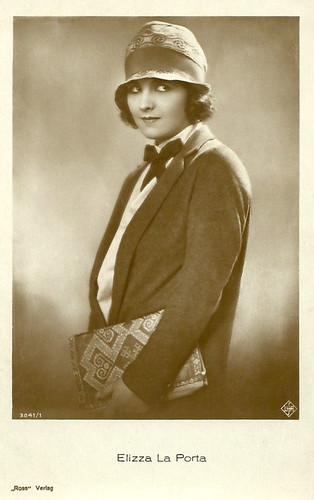 She started her film career in 1926 in such German productions as Schenk mir das Leben/Give me the life (Klaus Fery, 1926), Der Herr der Nacht/Man of the Night (Carl Heinz Wolff, 1926) starring Rudolf Klein-Rogge, and the comedy Die Spork'schen Jäger/The Secret of the Night (Holger-Madsen, 1926) with Otto Gebühr and Walter Rilla.

La Porta flamed in the horror film Der Student von Prag/The Man Who Cheated Life (Henrik Galeen, 1926) as the flower girl Lyduschka, who is in love with the student Balduin (Conrad Veidt). The penniless Balduin sells his mirror image to a mysterious merchant (Werner Krauss), and his reflection becomes a devilish Doppelgänger.

This first remake of the classic film from 1913 with Paul Wegener is largely based on the original screenplay by Hanns Heinz Ewers. Der Student von Prag made La Porta a well-known actress. 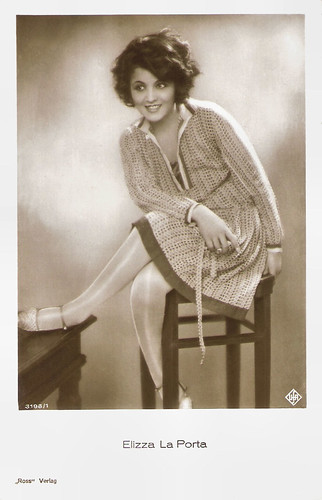 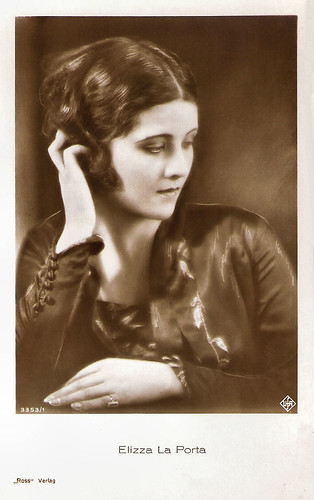 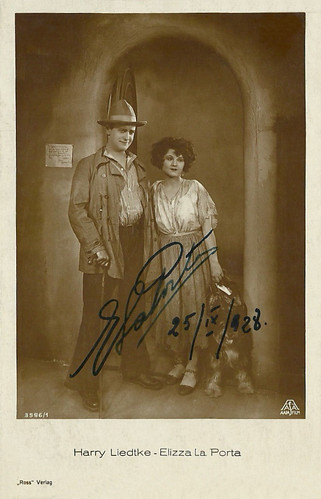 The next year she played in Die Frauengasse von Algier/The Street of Women of Algiers (Wolfgang Hoffmann-Harnisch, 1928) with Maria Jacobini, and Robert und Bertram/Robert and Bertram (Rudolf Walther-Fein, 1928) with Harry Liedtke and Fritz Kampers.

When sound film arrived, Elizza La Porta completely retired from film acting. During her four year career she had made 18 films.

About the rest of her life we could not find information on the net. The only known fact is that she died in 1997 in West Hollywood, Los Angeles, California, USA. She was 95. 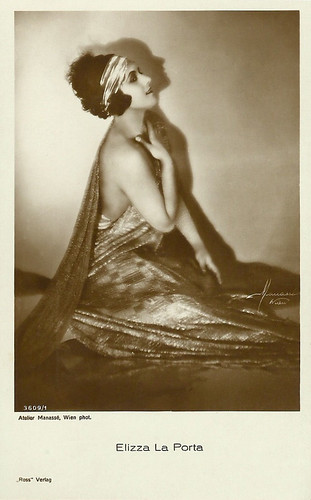 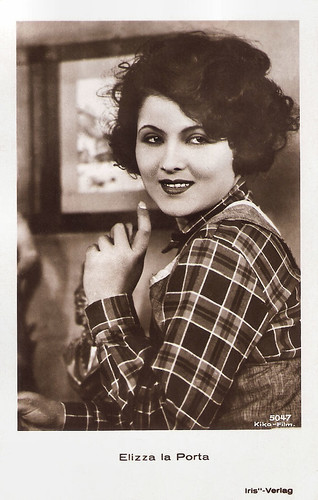