French actress Myriam Bru (1932) appeared in 16 European film productions of the 1950s. After her marriage to Horst Buchholz, she retired. 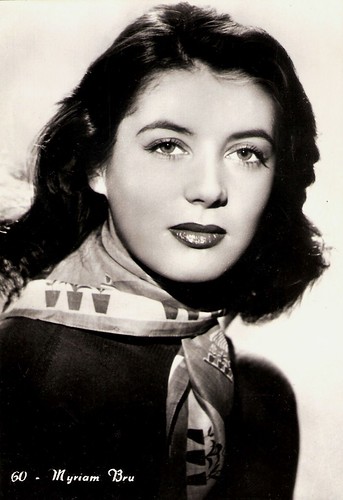 Italian postcard by Turismofoto, no. 60. 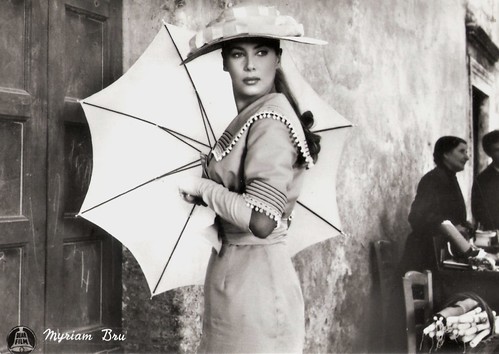 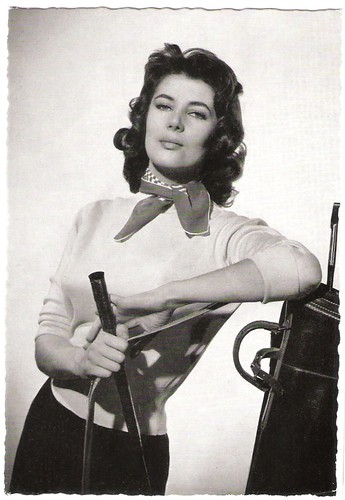 
Myriam (sometimes Miriam) Bru was born Myriam Rosita Bruh in 1932, in Paris, France. Her Jewish father was killed by the Nazis in camp Auschwitz-Birkenau.

She studied acting at the Cours Simon and played uncredited bit parts in French films, such as in Rendez-vous de juillet/Rendezvous in July (Jacques Becker, 1949) starring Daniel Gélin. She had her first credited role in the crime film Ouvert contre X/The Case Against X (Richard Pottier, 1952).

When she was 19, Myriam made her first Italian production. The sources differ about which production was her first. Was it Puccini (Carmine Gallone, Glauco Pellegrini, 1951), about the life of composer Giacomo Puccini played by Gabriele Ferzetti. Or was it Gian Paolo Callegari's debut film as film director, Eran trecento/They Were 300 (Gian Paolo Callegari, 1952) starring Rossano Brazzi?

In 1955 she appeared in Casa Ricordi/House of Ricordi (Carmine Gallone, 1955). Told in pageantlike fashion, Casa Ricordi is the story of the Ricordi family, the most prestigious music publishers in Italy. The Ricordis came up with the ‘royalty’ concept, paying artists, including Verdi (Fosco Giachetti), Donizetti (Marcello Mastroianni), Puccini (Gabriele Ferzetti), Bellini (Maurice Ronet) and Rossini (Roland Alexandre), for their work in perpetuity. 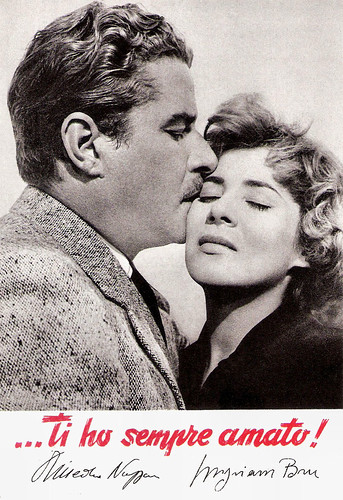 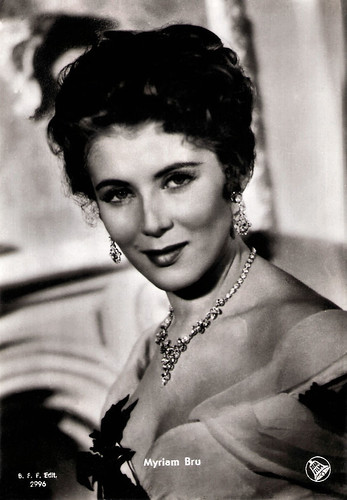 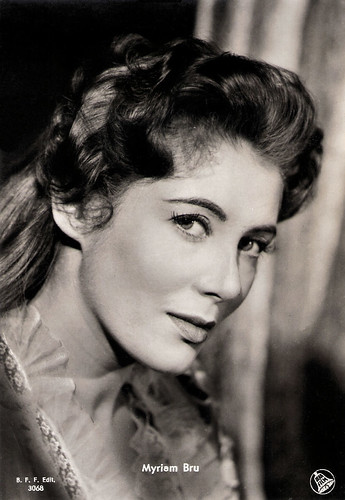 In 1957 she played a leading role opposite German film idol Horst Buchholz in her first German film, Auferstehung/Resurrection (Rolf Hansen, 1958), based on a story by Leo Tolstoi. The two stars fell in love and married the next year in London, where Horst was filming Tiger Bay (J. Lee Thompson, 1959).

Buchholz pressed her to retire and to focus herself on her family. Her last film role was as a prisoner in Nella Città l'Inferno/Hell in the City (Renato Castellani, 1959), a clever melodrama starring Anna Magnani as a hard bitten prostitute whose immorality rubs off on a naive woman (Giulietta Masina) in a women's prison. The story was based on Isa Mari's 1953 novel Roma, Via delle Mantellate.

Myriam Bru and Horst Buchholz stayed married till his death in 2003, although they lived separately during the last years. They had a son, actor/director Christopher Buchholz, and a daughter, Beatrice Buchholz.

Later in life, after her children were grown up, Myriam Bru managed an actor’s agency in Paris. Among her discoveries are Mathilda May and Mélanie Thierry. She appeared in a documentary Christopher made about his father, Horst Buchholz... mein Papa/Horst Buchholz… My Dad (Christopher Buchholz, Sandra Hacker, 2005). 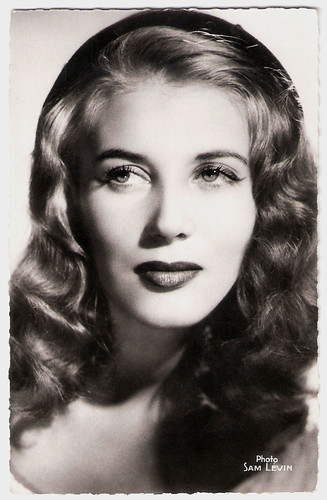 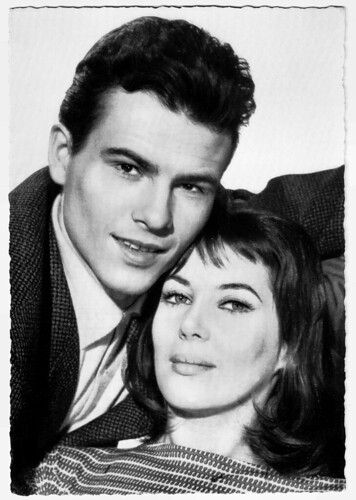 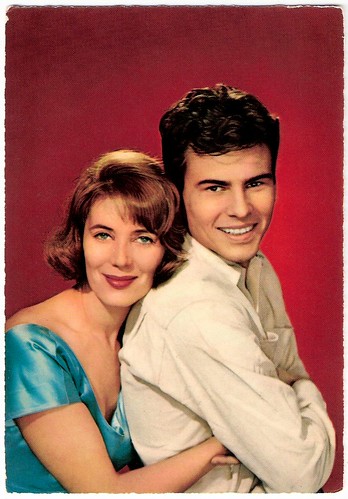