Belgian actress Dominique Wilms (1930) was the glamorous and sexy femme fatale of many French action films of the 1950s and 1960s, often opposite Eddie Constantine. Many of these ‘Euro Noirs’ are B-films with a strong cult and trash factor. 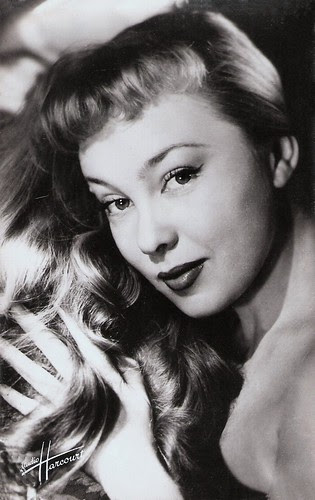 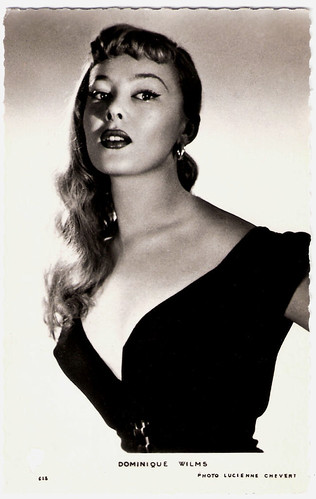 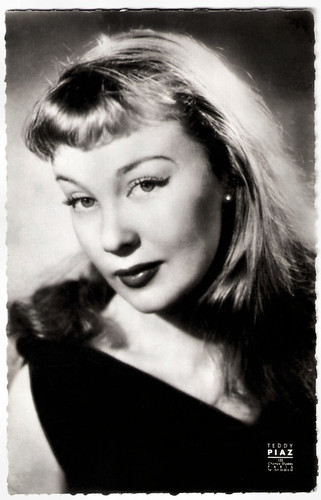 
Dominique Wilms was born Claudine Maria Célina Wilmes in Montignies-sur-Sambre, Belgium, in 1930. Wilms studied at the Ecole des Beaux-Arts in Paris, and subsequently, she became a model.

Director Edmond T. Gréville discovered her and recommended her to his younger colleague Bernard Borderie for the femme fatale role in the action film La môme vert de gris/Poison Ivy (Bernard Borderie, 1953), based on a novel by Peter Cheney. It became a sensational success and her breakthrough.

La môme vert de gris would be the first of a popular series of French action films starring Eddie Constantine as Lemmy Caution, the two-fisted FBI agent created by novelist Peter Cheney. Lemmy Caution can be seen as the precursor of James Bond.

At IMDb, reviewer Kuciak writes: “The book was written in 1937, this movie made in 1953, the birth of James Bond in Casino Royale. Like Bond, he flirts with the secretary before going to see his boss, he drinks whiskey, were as Bond drinks Martinis. He does not bed women, but he finds any way he can kiss a woman. Even the ending, where he is with a woman, will remind one of James Bond Films, as they are in no hurry to meet up with the police. What was more striking was that this film almost appeared to be a rehearsal for Thunderball.”

Eddie Constantine and Wilms were reunited in the third Lemmy Caution adventure, Les Femmes s'en balancent/Dames Don’t Care (Bernard Borderie, 1954). In this outing, Lemmy is on the trail of a counterfeiting gang and somehow or other, the mission requires him to dally with such beauties as Wilms and Nadia Gray, who may or may not be mixed up in a blackmail scheme.

Dominique Wilms became the French equivalent of Veronica Lake, the blonde star of the American Film Noir. She would play the ruthless vamp and calculating luxury bitch in Euro Noirs again and again. 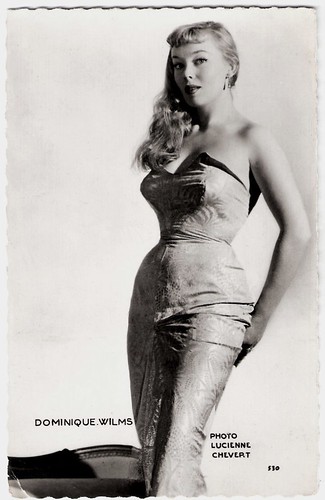 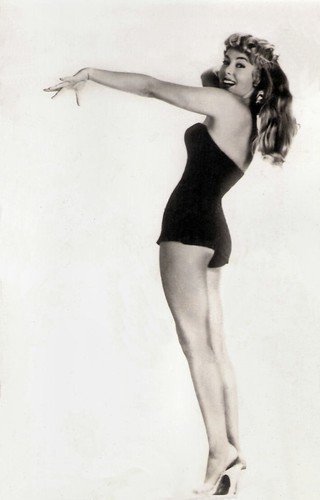 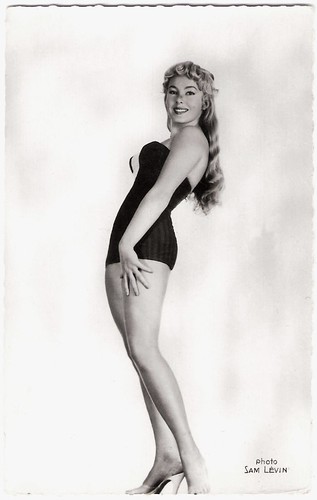 
A big hit on the European film festival circuit was the thriller Les Assassins Du Dimanche/Every Second Counts (Alex Joffe, 1957). A garage mechanic (Jean-Marc Thibault) returns a car to its owner on a Sunday morning, but unbeknownst to him the steering mechanism has not been properly tightened. When the mechanic realises that the car is a potential death trap, he desperately tries to contact the owner.

Suggested by author Françoise Sagan, Otto Preminger chose Wilms for the part of Elsa in the film adaptation of Sagan’s bestseller Bonjour Tristesse (Otto Preminger, 1957), but she refused because she had to stay for six months in the USA to perfect her English. The role was ultimately played by Mylène Demongeot.

Thus Wilms continued to appear in French action films and comedies. In the 1960s, when the roles in French detective films dried up, she appeared also in German and Italian films. Again opposite Eddie Constantine, she starred in the German-French production Bomben auf Monte Carlo/Bombs on Monte Carlo (Georg Jacoby, 1960).

Finally, she left the cinema and devoted herself to her first love: painting. She studied art history at the Ecole du Louvre for four years. Another hobby is the restoration of art objects. Her husband, Jean Gaven passed away in 2014.