Mercedes Brignone (1885-1967) was an Italian theatre, film and television actress. The peak of her career was during the silent era. Brignone was directed several times on screen by her brother, Guido Brignone. 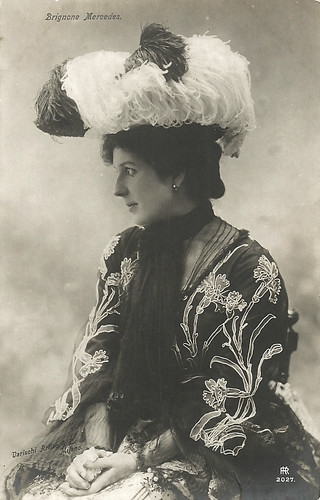 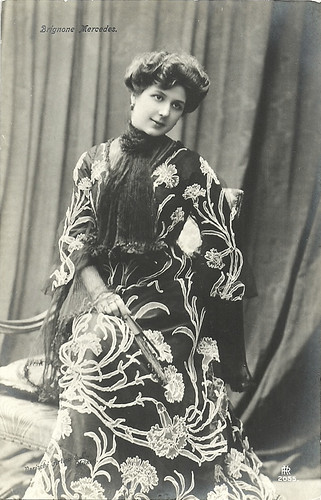 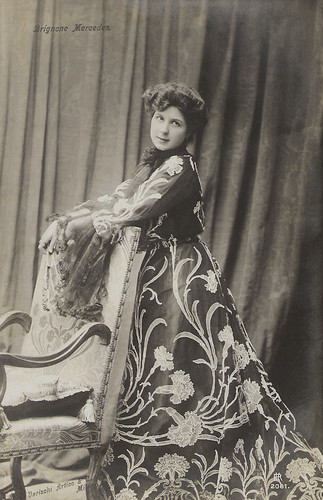 
Mercedes Brignone was born in Madrid, Spain in 1885. She was the daughter of Italian stage actor Giuseppe Brignone.

Already as a child, she started to perform with her father and became a lively comical actress. In 1903 she married actor Uberto Palmarini with whom she worked in the same theatre company.

Probably her first film role was in the short Il marito in campagna/The Husband in the Country (?, 1912), which co-starred Umberto Mozzato. It was an adaptation of the French boulevard comedy Le mari à la campagne by Jean-François Bayard and Jules de Wailly.

From 1914 she had a steady career in the Italian cinema, first in shorts but soon in feature-length films. Brignone starred in these films, which in 1914 were all Milano productions, often directed by Baldassarre Negroni and co-starring Livio Pavanelli and her husband, Uberto Palmarini.

Brignone left Milano and worked for several other companies. In 1915 she played in Mezzanotte/Midnight (Augusto Genina, 1915) and in the adaptation of Salvatore Di Giacomo’s play A San Francisco/In San Francisco (1915), directed by her co-star Gustavo Serena. San Francisco refers here to the former prison in Naples.

In 1916, Brignone again acted with husband Palmarini in Medusa velata/Veiled Medusa (Ugo De Simone, 1916), and played with her brother Guido and his wife Lola Visconti-Brignone in Espiazione/Penitence (Mario Corte, 1916).

She acted opposite Helena Makowska and Umberto Mozzato, the actor of her first film, in La Gioconda (Eleuterio Rodolfi, 1916). This film, based on Gabriele D’Annunzio’s play, narrates the bizarre story of a sculptor (Mozzato) who neglects his wife (Brignone) for his femme fatale-like model (Makowska). When the wife tries to save her marriage, the model wants to crush the sculpture for which she modelled. The wife tries to save the statue, but loses her hands in doing so.

The film is now considered lost, although if it was widespread at the time. Happily, the postcards of the film still exist. 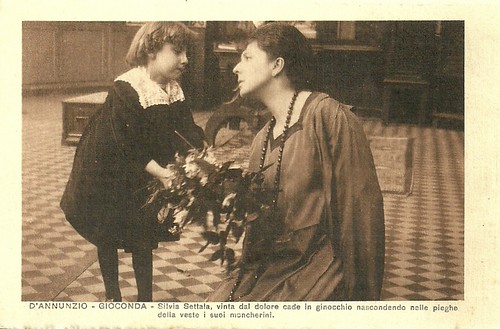 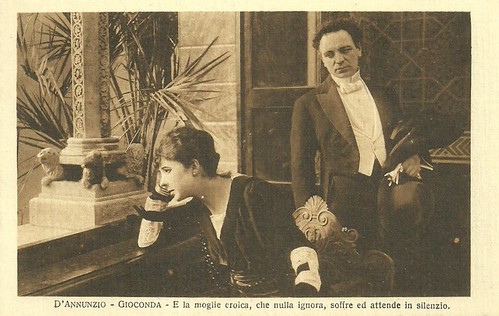 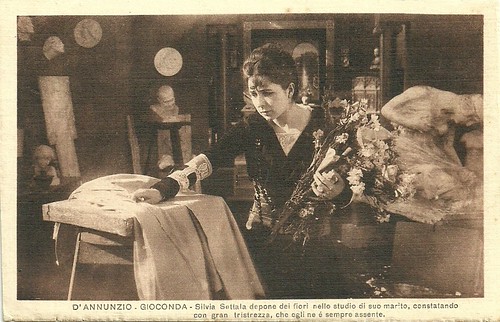 Amleto starred the monstre sacré of the Italian stage Ruggero Ruggeri as Hamlet opposite Brignone as Gertrud and Helena Makowska as Ophelia. Some years ago, the film was found and restored.

In the film Il perfetto amore/The Perfect Love (1918), Mecedes Brignone was directed for the first time by her brother, Guido Brignone. From 1916 on, he had been active as a film director for the Cines company. Their next film together was Il quadro di Osvaldo Mars/The Portrait by Osvaldo Mars (Guido Brignone, 1921).

In this film, Mercedes Brignone plays a countess in this film who discovers that a daring painting will be exposed of her in a Salome outfit and nothing much more. She cuts the painting to pieces but is also accused of the murder of the painter. The film was recently found in South-America by the Bologna film archive and restored.

Il quadro di Osvaldo Mars intriguingly shows the double nature of the countess: restrained and violent, but Brignone also plays a double role as the lookalike of the countess, a farmer’s wife who leaves husband and child to climb the social ladder.

After that, Mercedes Brignone became the co-star of Il segreto del morto/The Secret of the Dead (Luigi Romano Borgnetto, 1922) with Carlo Aldini, I due sergenti/The Two Sergeants (Guido Brignone, 1922) with Giovanni Cimara – the film was based on a popular French novel that was often filmed in Italy - and Maciste e il nipote d’America/Maciste and the American Cousin (Eleuterio Rodolfi, 1924), with Bartolomeo Pagano as the legendary strongman, of course. 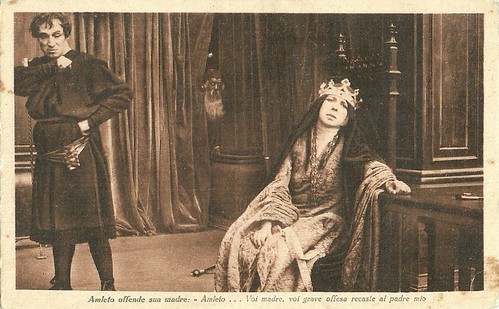 Italian postcard for the film Amleto (Eleuterio Rodolfi, 1917), adapted from Shakespeare's play Hamlet, and starring Ruggero Ruggeri in the title role, with Mercedes Brigone as Hamlet's mother, Queen Gertrude, while Polonius spies between the curtains. Caption: Hamlet: You mother, you committed a grave offense to my father. 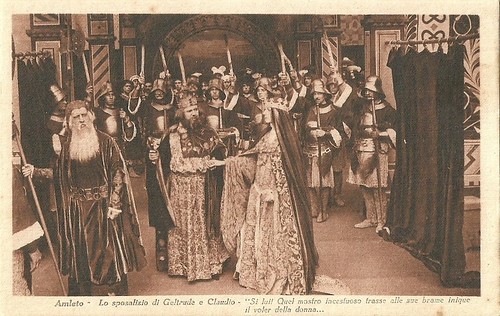 Italian postcard for the film Amleto (Eleuterio Rodolfi, 1917) with Mercedes Brignone as Queen Gertrude and Armand Pouget as King Claudius. Caption: The wedding of Gertrud and Claudius: "Yes, him! That incestuous beast won to his shameful lust the will of my [most seeming-virtuous] queen." (spoken by The Ghost in Shakespeare's Hamlet). 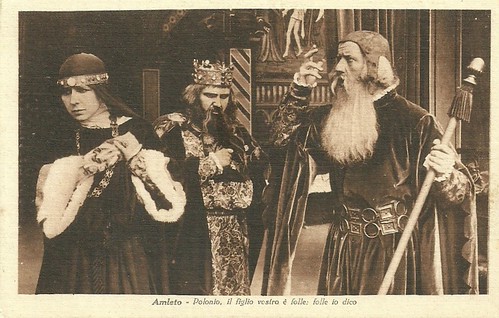 Italian postcard for the film Amleto (Eleuterio Rodolfi, 1917) with Mercedes Brignone as Queen Gertrude and Armand Pouget as King Claudius. Caption: "Polonius: Your noble son is mad. Mad call I it". Unknown is who played Polonius.


After an interval of six years, Mercedes Brignone returned to the cinema as a governess in the first Italian sound film, La canzone dell'amore/The Song of Love (1930), starring Dria Paola.

In the postwar era Mercedes Brignone worked for several theatre companies. She often played in comedies with Ruggero Ruggeri and Tino Carraro. Only incidentally, she appeared in films.

For RAI radio, she acted in Aurelia (Enzo Ferrieri, 1949), while on television she could be seen in two stage plays, Romanticismo/Romanticism (1954), and Pane altrui/The Other's Bread (1957) and had a guest role in the series Le inchieste del commissario Maigret/The Investigations of Commissionar Maigret (1965), starring Gino Cervi.

Mercedes Brignone died in 1967 in Milan. She was the aunt of actress Lilla Brignone, the daughter of her brother Guido. 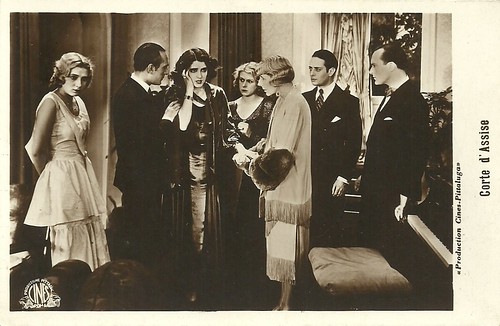 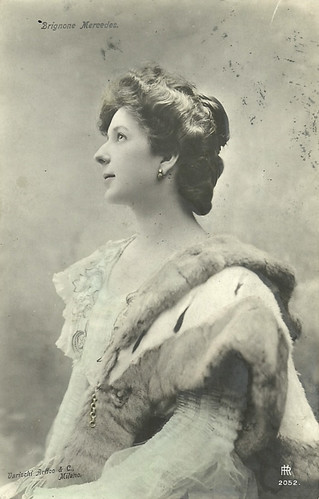 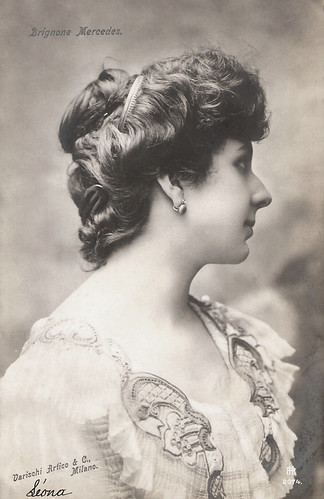 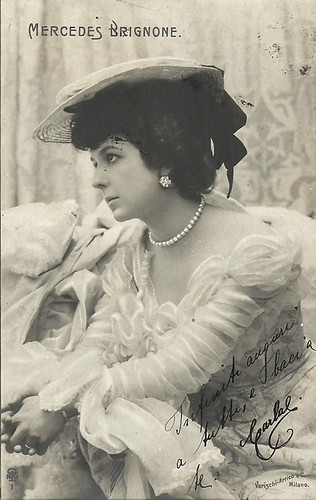