Every year during the last week of September, Utrecht is the Dutch capital of film with The Netherlands Film Festival. During the festival, EFSP provides you daily with postcards of Dutch films and stars from the past. Handsome Dutch actor and film director Jeroen Krabbé (1944) appeared in many Dutch and international films. He had his international breakthrough with two Dutch films by Paul Verhoeven, and later played the villain in the James Bond film The Living Daylights (1987). 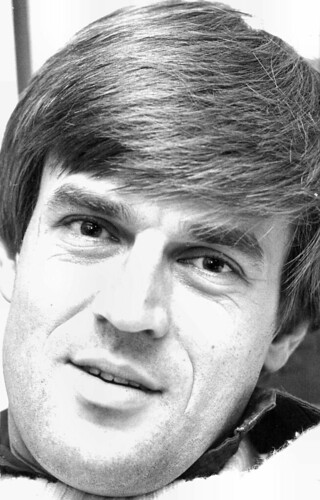 The Most Expensive Dutch Film Ever

Jeroen Aart Krabbé was born into an artistic family in Amsterdam, Netherlands, in 1944. He was the son of Margreet (née Reiss), a Jewish film translator, and Maarten Krabbé, a well-known painter. After studies at the Rietveld Academy of Art, Amsterdam (1961-1962), Krabbé changed course and went to Drama School in Amsterdam, graduating in 1965.

In 1963, he made his film debut in the comedy Fietsen naar de maan/Bicycling to the Moon (Jef van der Heyden, 1963). Other early film appearances were in the German-Dutch comedy Professor Columbus (Rainer Erler, 1968) with Rudolf Platte, the American family film The Little Ark (James B. Clark, 1972) based on a novel by Jan de Hartog about the big flood in 1953 which struck a big part of The Netherlands, and the Dutch production Alicia (Wim Verstappen, 1974). However, Krabbé was mainly active on stage and TV. He founded a touring theatre company, directed plays, worked as a costume designer, and translated foreign plays into Dutch.

Internationally he first came to prominence in Paul Verhoeven's Dutch film Soldaat van Oranje/Soldier of Orange (1977) opposite Rutger Hauer. Soldaat van Oranje is set during the German occupation of the Netherlands during World War II, and shows how individual students have different roles in the war. The film had a budget of ƒ 5,000,000 (€2,300,000), at the time the most expensive Dutch film ever. With 1,547,183 viewers, it was the most popular Dutch film of 1977 and received a Golden Globe nomination for Best Foreign Language Film in 1980.

In the election for best Dutch film of the twentieth century at the Netherlands Film Festival in 1999 Soldaat van Oranje/Soldier of Orange reached the second place, right after another Paul Verhoeven film Turks fruit/Turkish Delight (1973). Krabbé had a supporting part in Verhoeven’s Spetters (Paul Verhoeven, 1980), which was a small success in the US.

He played the lead in Een Vlucht Regenwulpen/A Flight of Rainbirds (Ate de Jong, 1981) and in the terrific erotic thriller De vierde man/The Fourth Man (Paul Verhoeven, 1983). In the latter Renée Soutendijk plays a woman who may or may not have killed her three previous husbands. Krabbe is the intended fourth, a broken-down bisexual writer who is pulled into Soutendijk's web like an unsuspecting fly. De vierde man/The Fourth Man was a decent box office hit in the Netherlands, and was even more successful in the United States, where it received widespread critical acclaim. This helped to launch Krabbé’s international career. 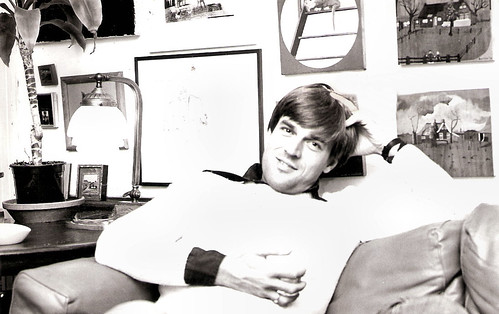 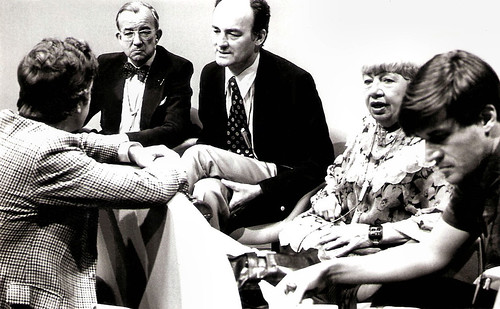 Jeroen Krabbé had already started to work in international productions. He had a part in the Emmy Award-winning miniseries World War III (Boris Sagal, David Greene, 1982) with Rock Hudson and David Soul. In Great-Britain he played Ben Kingsley’s neighbour in the drama Turtle Diary (John Irvin, 1985) based on a screenplay adapted by Harold Pinter from Russell Hoban's novel.

His first big American film was the Whoopi Goldberg comedy Jumpin' Jack Flash (Penny Marshall, 1986). However, it was his roles as villains in a string of international productions which brought him international stardom. Notable roles included Losado in No Mercy (Richard Pearce, 1986) opposite Richard Gere, and Gianni Franco in The Punisher (Mark Goldblatt, 1989) starring Dolph Lundgren.

He is probably best remembered as KGB agent General Georgi Koskov in The Living Daylights (John Glen, 1987), the fifteenth entry in the James Bond film series and the first to star Timothy Dalton.

Other interesting films were the British-Dutch production Shadow Man (Piotr Andrejew, 1988) about a Polish-Jewish refugee (Tom Hulce) during a fictional war in Amsterdam, the British drama Scandal (Michael Caton Jones, 1989), a fictionalised account of the Profumo Affair, with Ian McKellan as the conservative Minister of War. 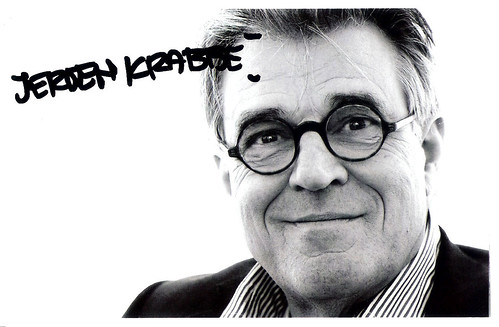 The Discovery of Heaven


In Hollywood, Jeroen Krabbé appeared in the romantic drama The Prince of Tides (Barbra Streisand, 1991), and as Dr. Charles Nichols in the box-office smash The Fugitive (Andrew Davis, 1993) opposite Harrison Ford. In the meanwhile he kept working in the European cinema. In the Netherlands, he appeared in Voor een Verloren Soldaat/For a Lost Soldier (Roeland Kerbosch, 1992) based upon the autobiographical novel of the same title by ballet dancer and choreographer Rudi van Dantzig. He appeared as the composer George Frideric Handel in Farinelli (Gérard Corbiau 1994) about the life and career of the Italian castrato singer Farinelli (Stefano Dionisi).

He was both director and producer of Left Luggage (1998), a film about Orthodox Jews during the 1970s in Antwerp, Belgium, co-starring Isabella Rossellini and Maximilian Schell. Left Luggage was entered into the 48th Berlin International Film Festival. Krabbé also directed The Discovery of Heaven (Jeroen Krabbé, 2001), based on the novel by Harry Mulisch and starring Stephen Fry.

He continued to appear in international productions, like the American biographical drama Dangerous Beauty (Marshall Herskovitz, 1998), Ever After: A Cinderella Story (Andy Tennant, 1998) starring Drew Barrymore, the big budget Hollywood crime comedy Ocean's Twelve (Steven Soderbergh, 2004) with George Clooney and Brad Pitt, and the British Gothic horror film Snuff-Movie (Bernard Rose, 2005) in which he starred as a horror film maker. His television work includes playing Satan in the Biblical telefilm Jesus (Roger Young, 1999) and an uncanny psychic in series 11 of Midsomer Murders, Talking to the Dead (2008).

In 2005 he presented for Dutch television the documentary series Allemaal theater/All Theatre, about the post-war history of the Dutch theatre. For this he interviewed many actors, directors, writers and comedians. In 2007 he made a similar series about film history, Allemaal film/All Film.

Apart from acting and directing he is an accomplished artist. In 2004 Jeroen Krabbé: Schilder/Jeroen Krabbé: painter by Ruud van der Neut, a comprehensive account of his career in painting, was published in Dutch and English editions. He also co-authored a Dutch cookbook. Krabbé has three sons with his wife Herma, radio and TV presenter Martijn Krabbé, artist and TV presenter Jasper Krabbé and Jacob Krabbé. His brother is master chess player, journalist and novelist Tim Krabbé.

Jeroen Krabbé appeared in the successful Dutch TV series In therapie/In Treatment (Alain de Levita, 2011), the comedy Alleen maar nette mensen/Only Decent People (Lodewijk Crijns, 2012) as the father of Geza Weisz, and the historical war drama Tula: The Revolt (Jeroen Leinders, 2013), about the big slave uprising on the island of Curacao in 1795. In 2014 Krabbé was on the stage again for the first time in almost ten years in the play Vaslav, in which he played the role of Serge Diaghilev. In 2015, Krabbé came up with a successful TV series about Vincent van Gogh. In 2017 he came with a sequel about the life of Pablo Picasso and in 2018 about the life of Paul Gauguin. His latest film is AMS Secrets (Andy Newbery, 2018) with Mike Beckingham and Maryam Hassouni.