Lena Horne (1917-2010) was an American singer, dancer, actress, and human rights activist. She is known as one of the most popular African American entertainers of the twentieth century. She starred in the film musicals Cabin in the Sky (1943) and Stormy Weather (1943). 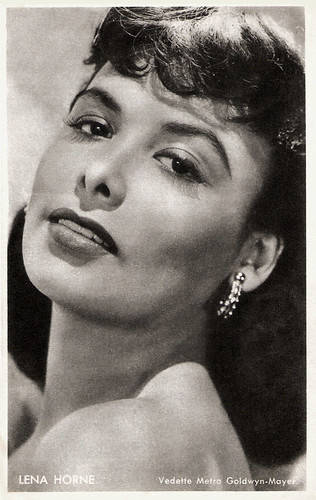 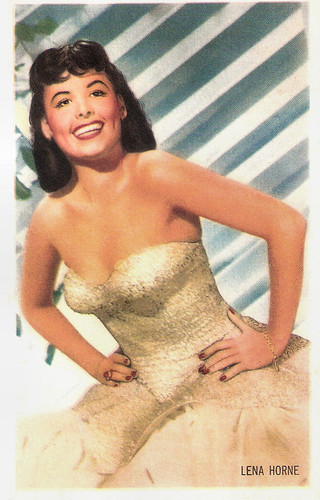 
Lena Mary Calhoun Horne was born in 1917 in New York into a family that had African and Native American as well as European ancestors on both sides. Her father, Edwin "Teddy" Horne, who worked in the gambling trade, left the family when Lena was three. Her mother, Edna, was an actress with an African American theater troupe and traveled extensively.

Horne was mainly raised by her grandparents, Cora Calhoun and Edwin Horne. From an early age, Horne had ambitions of becoming a performer—much against the wishes of her family, who felt she should have higher goals.

The Hornes were an established middle-class family, with several members holding college degrees and distinguished positions in organizations such as the National Association for the Advancement of Colored People (NAACP) and the Urban League (a group that worked to increase the economic and political power of minorities and to end discrimination based on race).

Nonetheless, Horne pursued her own course. At the age of 16, she made her debut as a dancer and singer in the chorus of Harlem's famous Cotton Club. There she performed with Cab Calloway's orchestra, among others.

In 1934, she took voice lessons and landed a small role in an all-black Broadway show 'Dance with Your Gods'. In 1935-1936, she toured as a singer with the Noble Sissles orchestra and recorded her first two albums for Decca Records. Horne married minor politician Louis Jones in 1937. They had a daughter, Gail, and a son, Edwin, but separated in 1940 and divorced in 1944. 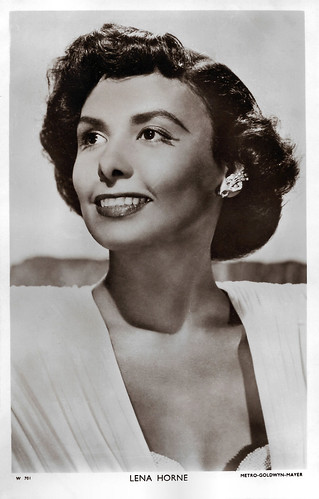 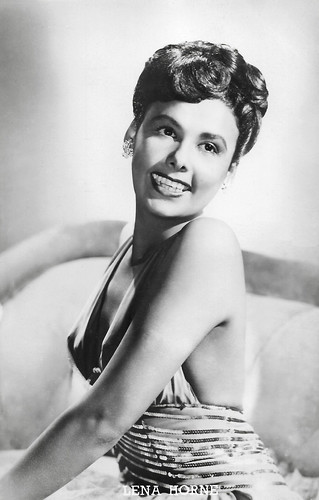 Many humiliations of racial prejudice


Lena Horne gained some stage experience in Lew Leslie's revues, 'Blackbirds of 1939' and 'Blackbirds of 1940', and in 1940 she joined one of the great white swing bands, the Charlie Barnet Orchestra. But as the group's only black member she suffered many humiliations of racial prejudice, especially from hotels and restaurants that catered exclusively to whites.

In 1943 a long booking at the SavoyPlaza Hotel, which brought Horne national coverage and a number of movie appearances, established her as the highest-paid African American entertainer in the United States.

She was signed to a seven-year contract with Metro Goldwyn Mayer (MGM)—the first African American woman since 1915 to sign a term contract with a film studio. She was not dark enough in colour to star with many of the African American actors of the day and her roles in white films were limited, since Hollywood was not ready to portray interracial relationships on screen.

She had several minor roles before she had a major role in the musical Cabin in the Sky (Vincente Minnelli, 1943) opposite Ethel Waters and Rex Ingram. MGM made this musical with exclusively black actors, which was a financial risk at the time as some cinemas refused films starring black actors. One song was cut from the film: 'Ain't It the Truth' sung by Lena Horne in a bubble bath. It was considered too piquant for the time.

She also starred in the musical Stormy Weather (Andrew L. Stone, 1943) loosely based on the life of dancer Bill Robinson. Robinson himself co-starred and in the cast were also African-American actors, singers, and dancers such as Cab Calloway, Fats Waller, and the Nicholas brothers. The soundtrack earned Horne a world hit, 'Stormy Weather'.

Then followed some nonspeaking roles in Broadway Rhythm (Roy Del Ruth, 1944), Two Girls and a Sailor (Richard Thorpe, 1944), and a musical biography of Richard Rodgers and Lorenz Hart, Words and Music (Norman Taurog, 1948) starring Mickey Rooney and Tom Drake. She refused to take on any roles that were disrespectful to her as a woman of colour. 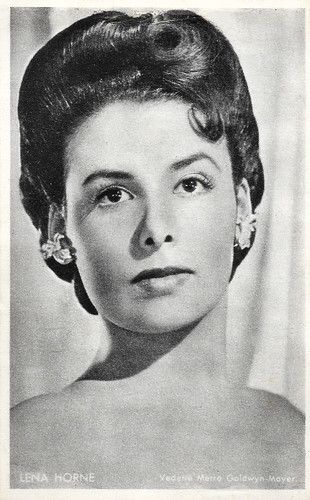 Blacklisted by Hollywood for her left-wing sympathies


As an African-American, Lena Horne was systematically discriminated against in the further development of her career, which discouraged her and matured her leftist ideas.

After World War II, she spent several years in Western Europe, performing in the Netherlands and Belgium, among other places. After returning to the United States, in the era of McCarthyism, she was blacklisted by Hollywood for her left-wing sympathies. However, she was able to continue working in nightclubs and regularly for television.

In the 1960s she increasingly acted as a human rights activist and, among other things, took part with Martin Luther King in the 1966 peace march to Jackson. In the 1970s and 1980s, Horne again appeared regularly in television shows, including The Muppet Show and The Cosby Show.

In the early 1980s, she starred more than 100 times on Broadway in the one-woman show 'Lena Horne: The Lady and Her Music'. Horne was inducted into the Georgia Music Hall of Fame in 1991 and received many awards, including the Grammy Lifetime Achievement Award in 1989.

Horne was married to pianist, composer, and arranger Lennie Hayton. The singer died in May 2010 in Manhattan, at the age of almost 93. 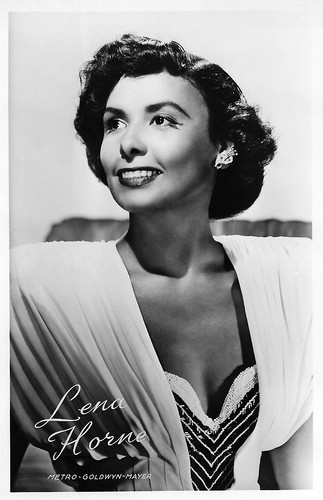 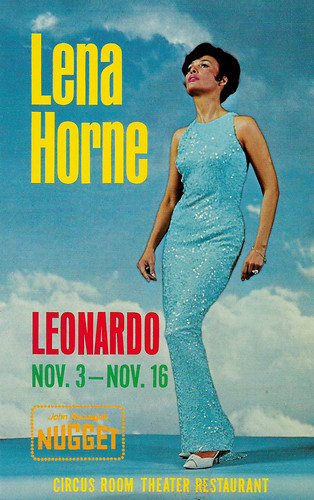