Russian actor Vsevolod Safonov (1926) appeared between 1956 and 1992 in 60 Russian and international films. 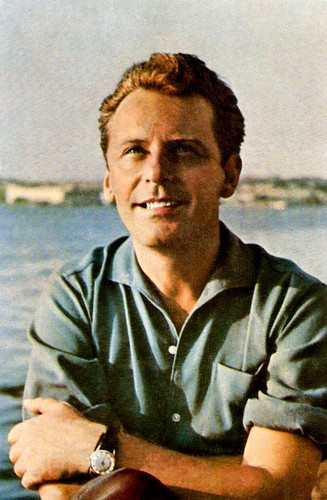 Russian postcard by Izdanije Byuro Propogandy Sovietskogo Kinoiskusstva, no. A 09298, 1965. Photo: Ter-Ovanesova. (This postcard was printed in an edition of 200.000 cards. The price was 8 kop.)

The Russians Are Coming

He made his first film appearance in the leading role of Soldaty/Four Soldiers from Stalingrad (Aleksandr Ivanov, 1956). This war drama was set in Russia during the Battle of Stalingrad in WWII. The war is shown through the eyes of simple soldiers, who are dreaming about love and being loved in a peaceful life, which most of them will never have.

This debut was followed with more starring parts in films like Shtorm/The Storm (Mikhail Dubson, 1957) and the Bulgarian-Russian coproduction Nakanune/On the Eve (Vladimir Petrov, 1959), with Oleg Tabakov.

During the 1970s he appeared in several East-German films, including Die Russen kommen/The Russians Are Coming (Heiner Carow, 1971) with Gert Krause-Melzer. 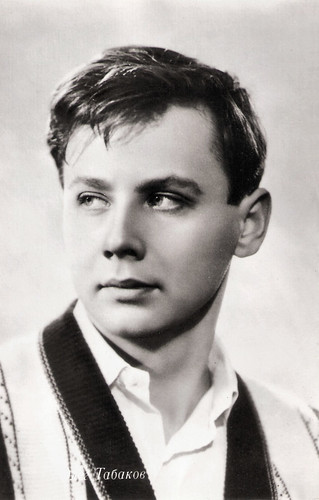 
In 1972 Vsevolod Safonov played in the epic film Ukroshcheniye ognya/Taming of the Fire (Daniil Khrabrovitsky, 1972). It was based on a true story of the Russian space and missile industry, and it's founder Sergei Korolev, played by Kirill Lavrov, from the 1920s to the first man in space in 1961.

Safonov played the lead in the TV mini-series Zhizn i smert Ferdinanda Lyusa/Life and Death of Ferdinand Lues (Anatoli Bobrovsky, 1976) with .

His last film was the American-Japanese production Back in the U.S.S.R. (Deran Sarafian, 1991), a gangster thriller starring Frank Whaley and Roman Polanski, set in the Soviet Union during Gorbatchov's perestroika.

Vsevolod Safonov died in 1992. He had appeared in nearly 60 films.