German actress and media personality Birgit Bergen (1938) is well known in her homecountry for her performances in several sex films and as a 'Schickerialady' at Munich Events. 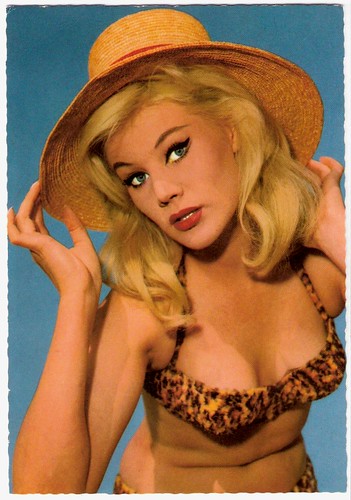 
Birgit Bergen was born in 1938 in Kiel. She was the daughter of a bailiff. From 1958 on she appeared in films and on TV - mostly in secondary roles.

Bergen also appeared in international productions like the adventure film Maciste contro i mostri/Colossus of the Stone Age (Guido Malatesta, 1962) as a nude blonde, or Les saintes nitouches/Wild Living (Pierre Montazel, 1963) in an uncredited part.

In Germany she played small parts in the comedy Bei Pichler stimmt die Kasse nicht/Pichler's Books Are Not in Order (Hans Quest, 1961) with Theo Lingen, and in one of the many Edgar Wallace crime films of the 1960s, Der Würger vom Tower/Strangler of the Tower (Hans Mehringer, 1966) featuring Ellen Schwiers.

On TV Bergen appeared briefly as a street prostitute in an episode of the popular Krimi series Der Kommissar/The Commissioner (1969) starring Erik Ode. 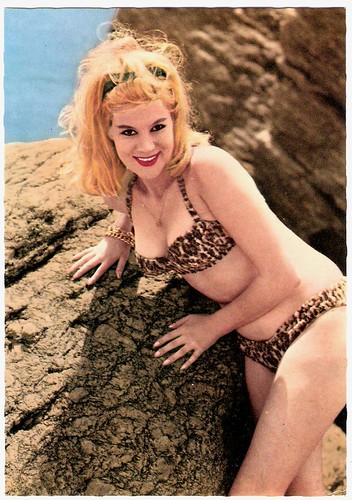 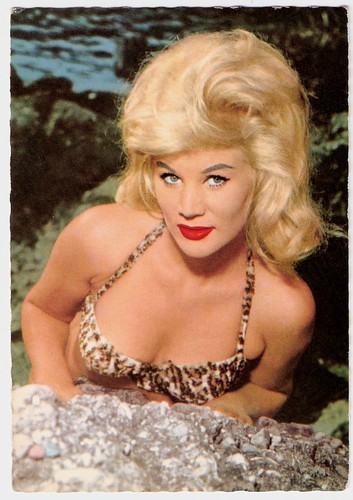 
In the early 1970s, Birgit Bergen became very busy during the sex wave of the German cinema. She often appeared as the good-time girl or the unfaithful wife in Lederhosefilms (rural sex comedies).

She also appeared in such politically incorrect sex crap as Eine Armee Gretchen/She Devils of the SS (Erwin C. Dietrich, 1973).

Later she played in non-sex films like Johnny West (Roald Koller, 1977). Her last film role was a small part in the action film Brass Target (John Hough, 1978), starring Sophia Loren. In 1991 she made a guest appearance on the TV series Ehen vor Gericht/Marriages in Court.

Since then Birgit Bergen stays regularly fodder for the boulevard press because of her facefifts or because of her dubious friendships. As a media personality she is a regular guest at marketing events in Munich. 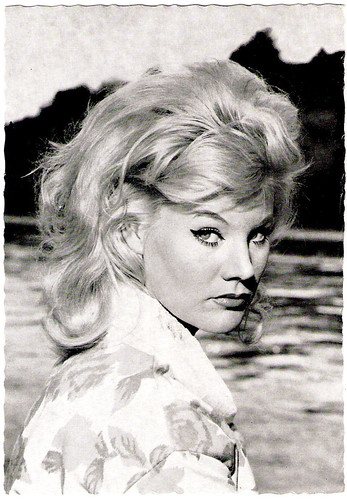 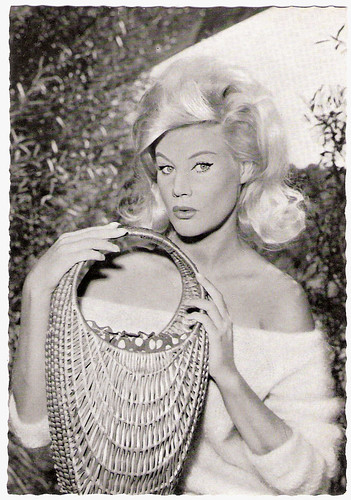 Looking at that first postcard I couldn't help but think how she would be considered "plump" by today's Hollywood. I think she is gorgeous.