Pretty Fee Malten (1911 - 2005) was a popular German film star in the late 1920’s and early 1930’s. She portrayed uncomplicated, gay girls in several silent and early sound films, untill her budding career was broken off by the rise of Adolph Hitler. 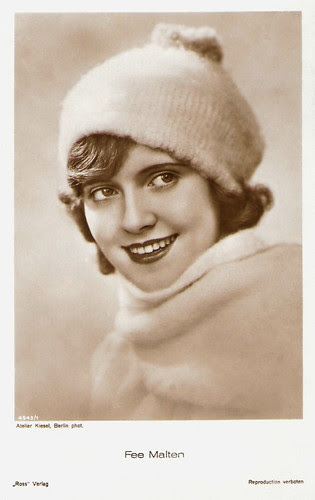 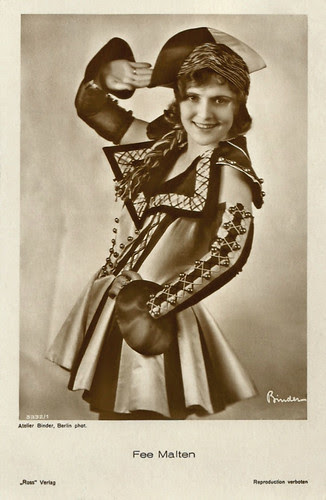 Uncomplicated, Cheerful Girl
Fee Malten was born as Felicitas Mansch in Berlin, Germany in 1911. A the age of 9 she made her film debut. She was introduced by an uncle who worked as an actor. In Christi Geburt/Christ's birth (1920) she did a little dance performance. The next years she concentrated on her ballet and piano studies. In 1927 she returned to the cinema in Am Rande der Welt/At the Edge of the World (1927, Karl Grune) and the supernatural thriller Der geheimnisvolle Spiegel/The Mystic Mirror (1928, Carl Hoffmann, Richard Teschner), credited as Felicitas Malten. In the following years she made some more silent films, now as Fee Malten, like Rutschbahn/Whirl of Youth (1928, Richard Eichberg) with Heinrich George, and Tagebuch einer Kokotte/Diary of a Coquette (1928, Constantin J. David). In those films she was often cast as an uncomplicated, cheerful girl. 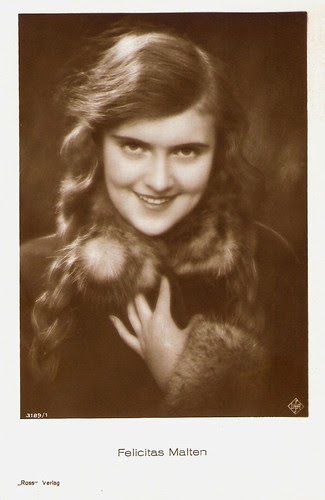 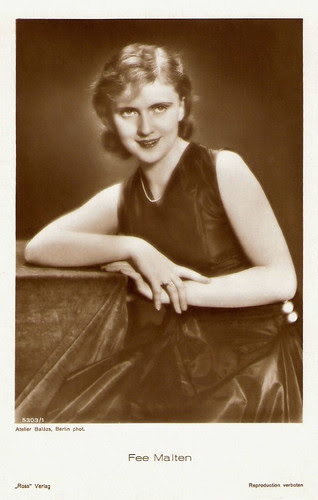 The Rise of the Nazis
Fee Malten’s film career seemed to bloom after the arrival of the sound film. In the early 1930’s, she played leading roles in several films. In the popular operetta Ein Tango für Dich/A Tango For You (1930, Géza Von Bolvary) she was a dancer, loved by two jazz singers, played by Paul Otto and Willy Forst. Hal Erickson at AllMovie: "When all is said and done, however, the plots never really mattered in these early-talkie operettas; if there were plenty of singers and dancers and plenty of songs and dance, the audience went home happy. American critics seemed delighted that director Geza Von Bolvary emulated Hollywood filmmaking techniques while putting together Ein Tango fuer Dich." The following year she made with the same actors and director another operetta, Sein Leibeslied/His Love Song (1931, Géza Von Bolvary). Among her other films were the comedy Die schwebende Jungfrau/The Gliding Virgin (1931, Carl Boese), the thriller D-Zug 13 hat Verspätung/Express 13 (1931, Alfred Zeisler), and the military comedy Falscher Feldmarschall/False Field Marshall (1932, Karel Lamac aka Carl Lamac. Then her career was halted by the rise of the Nazis. The Jewish Malten wasn’t allowed to appear in more films in Germany. 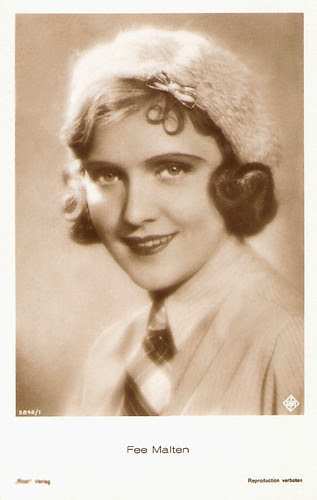 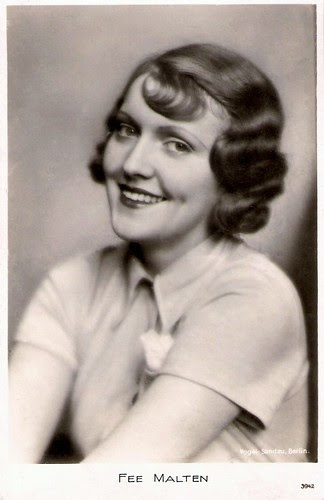 Monogram Quickie
In 1937, talent agent Paul Kohner invited Fee Malten to come to Hollywood. She moved to the United States with her husband, Hans Wall, and their two children. There she appeared in a few films, including in the Monogram quickie Foreign Agent (1942, William Beaudine) and - as Faye Wall - in Hitler - Dead or Alive (1942, Nick Grinde). Reviewer Donnie Lee writes on IMDb about the latter film: “To everyone who tells me that Plan 9 From Outer Space was the worst film ever made, I simply reply: "You haven't seen Hitler: Dead or Alive. Watch it for laughs!” Fee Malten would never rise above supporting parts in Hollywood. Her last bit part was in Young Bess (1953, George Sidney). She died in 2005, in Los Angeles, USA.