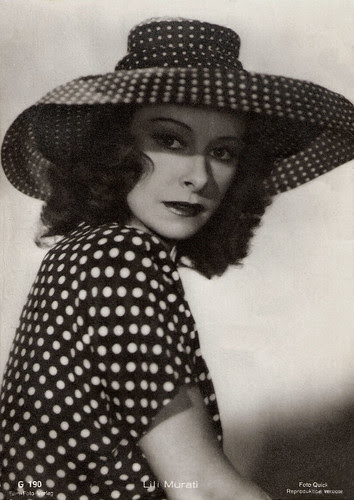 Miss President
Lili Muráti was born in Nagyvárad, Austria-Hungary (now Hungary) in 1914. At 16, she made her stage debut. One of her first film roles was the title role in the romantic comedy A Csunya Lany/A Plain Girl (1935, Béla Gaál, Hermann Kosterlitz - the German director who later beccame well-known in the USA as Henry Koster). This film was more or less remade by Marion Davies as Ever Since Eve (1937, Lloyd Bacon). Next Lili starred in another romantic comedy, Einok Kisasszony/Miss President (1935, Endre Marton aka Andrew Marton), as a headstrong girl who inherits the ownership of a textile plant. In both films and also in several later films she starred with Pál Jávor, who was sometimes billed as the Hungarian Clark Gable. More popular films followed like the comedy 120-As Tempo/80-Mile Speed (1937, László Kardos) and the musical farce Fizessen, nagysád!/Pay Up, Madam (1937, Ákos Ráthonyi). These films made Lili Muráti one of the greatest stars of the Hungarian cinema. Internationally the Hungarian films did also well, e.g. in 1937 Hungary stood with films on the fourth place in America’s film import (after Germany, Great-Britain and France). 18 Hungarian films were shown in theatres in the USA that year. After the Nazis took over in Austria-Hungary she also worked in German language productions as Was Geschah in Dieser Nacht/What Happened That Night (1941, Theo Lingen) opposite Irene von Meyendorff. However, she appeared mainly in Hungarian productions like Házasság/Marriage (1942) with Antal Pagér, Megálmodtalak/I Dreamt You (1943) and Egy nap a világ/A day in the world (1944). These films were all written and directed by her husband Johann von Vásáry, who also wrote the scripts for several other films starring his wife. 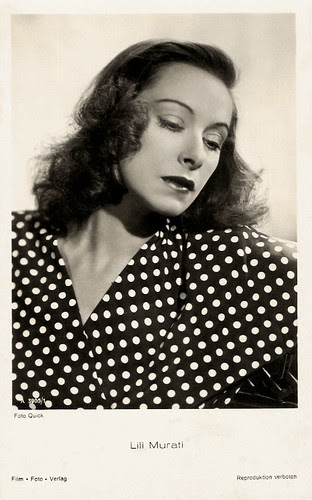 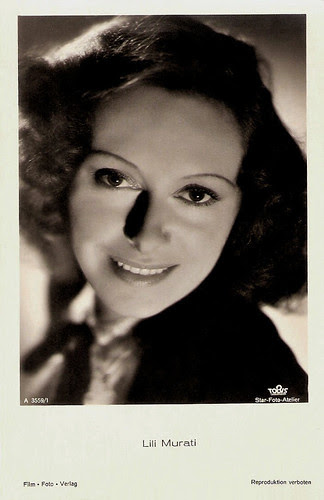 Urban Legend
After the war Lili Muráti left Hungary and moved in 1948 to Spain. There she became a popular comedy actress on the Spanish stage. From 1964 on, she also appeared in film comedies like Playa de Formentor/Beach of Formentor (1964, Germán Lorente) with Gabriele Tinti, and Escala En Tenerife/Stop in Tenerife (1964, León Klimovsky). The next year she became the subject of one of the most famous film urban legends (as retold on IMDb and other sources). Lili played the woman with a baby who tries to jump onto a train in Dr. Zhivago (1965, David Lean). She fell during the take. Legend has it that the woman had her legs badly damaged, and even would have amputated her legs in the fall. Director David Lean would have kept the scene in and the filming would have continued. In fact, David Lean biographer Kevin Brownlow discovered that Muráti wasn’t severely hurt and came back several weeks after the accident to do the scene again. Brownlow relied on letters of Muráti when writing his biography of the great director. The actress continued her film career with supporting parts in Spanish and international productions like Carola de día, Carola de noche/Carola By Day, Carola By Night (1969, Jaime de Armiñán) starring Marisol, Encrucyada Para Una Monja/A Nun at the Crossroads (1970, Julio Buchs) with Rosanna Schiaffino, the erotic Les belles au bois dormantes/Versatile Lovers (1970, Pierre Chenal) with Marisa Mell, Proceso a Jesús/Jesus’ Process (1974, José Luis Sáenz de Heredia), the erotic thriller Die Insel der tausend Freuden/The Island of 1000 Delights (1978, Hubert Frank) with Olivia Pascal, the horror comedy La Momia Nacional/The National Mummy (1981, José Larraz) and the avant-garde film Diario De Invierno/Winter Diary (1988, Francisco Regueiro) with Fernando Rey. She also appeared in several Spanish TV series. Her last film appearance was in the Hungarian TV documentary, Mint csúnya lány nagyon helyes voltam (1994), in which she was interviewed about her life and career. Lili Muráti died in 2003, in Madrid, Spain, at age 92. She was married to writer-director Johann von Vásáry till his death in 1963.