French theatre and film actor and theatre director Aimé Clariond (1894-1959) was a 'sociétaire' at the Comédie-Française for more than two decades and he also had a prolific career in the French cinema. He was very successful in the adventure film Le Capitan (1946). 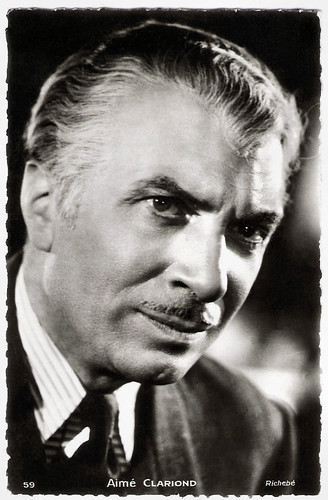 Great Power in His Performance


Aimé Clariond’s career was a-typical in the sense that he never entered the Conservatoire despite three attempts.

He was born as Aimée Marius Clariond in Périgueux in the Dordogne in 1894. His parents were both actors and infected him with the stage virus. At the age of two years, he already had a part in the play 'Le Bossu'(The Hunchback).

In the mid-1930s he met actress Renée Simonot, pensionnaire of the Théâtre de l'Odéon, with whom he had a daughter in 1937, but the couple separated soon after. In her second marriage Simonot would become the mother of Francoise Dorléac and Catherine Deneuve.

Clariond was an actor with great power in his performance, a slightly veiled voice, thus giving life to both characters little known to the big audiences as well as to characters from the classic repertory, such as Alceste in 'The Misanthropist' by Molière, Othello in Shakespeare’s play, Marc Anthony in André Gide’s adaptation 'Antoine et Cléopâtre', directed by Jean-Louis Barrault, or 'Le Carrosse du Saint-Sacrement' by Prosper Mérimée, with Maria Casarès.

He was also memorable in modern repertory such as 'Le Soulier de satin' by Paul Claudel, 'Asmodée'and 'Les Mal-Aimés' by François Mauriac, and 'Port-Royal' by Montherlant (alternating the lead with his comrade Jean Debucourt). Between 1946 and 1950 he also directed various plays, mainly at the Théâtre des Celestins. 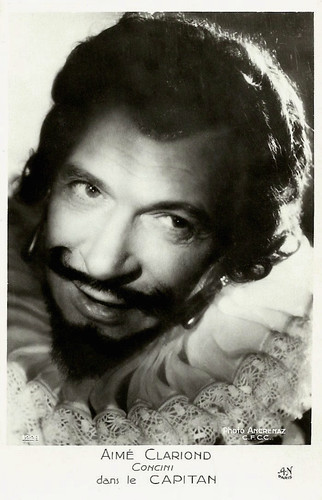 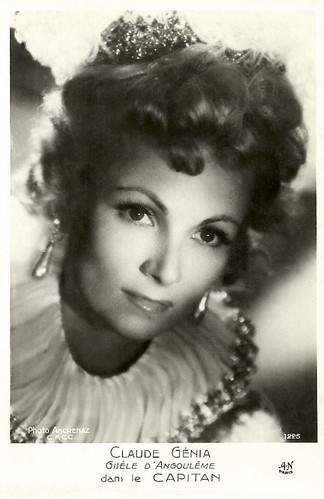 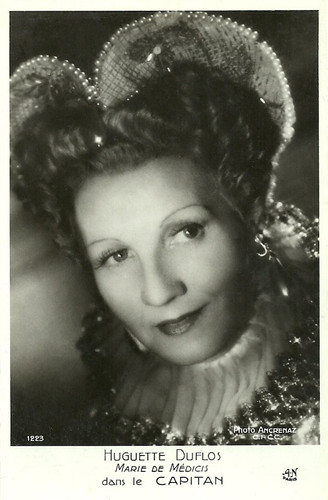 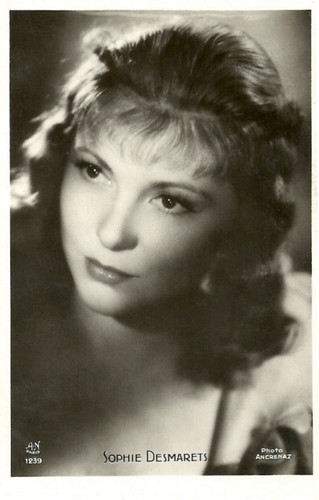 
Parallel to his stage career, Aimé Clariond developed a very prolific career in the French cinema.

He made his debut as Ivan Karamazoff in Les Frères Karamazoff/The Brothers Karamazov (Fyodor Otsep, 1931) with Anna Sten. Soon he was discovered for his refined performances and his perfect diction.

His last part was in Une fille pour l’été/A Lover for the Summer (Edouard Molinaro, 1960) starring Pascale Petit. The film was released after Clariond’s death.

Aimé Clariond died on 31 December 1959 at Neuilly-sur-Seine, France, according to Wikipedia and CinéArtistes. IMDb writes that he died a day later on 1 January 1960. He was 65. 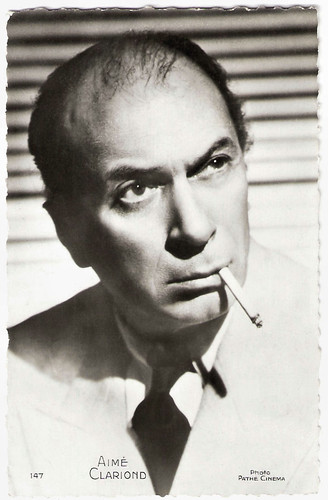