Yugoslavian beauty Štefica Vidačić (1905-?) became Miss Europe 1927. This triumph led to a brief career in the German silent cinema under the stage name Steffie Vida. It made her an idol in Croatia, but her marriage to a rich German lead to desolate reactions of her male fans in Zagreb. 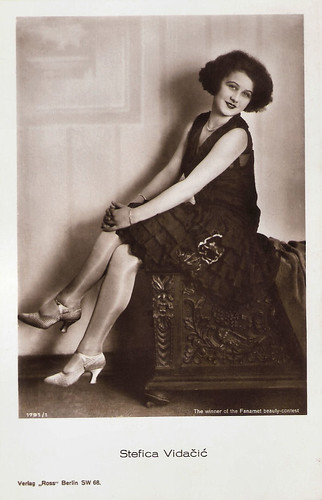 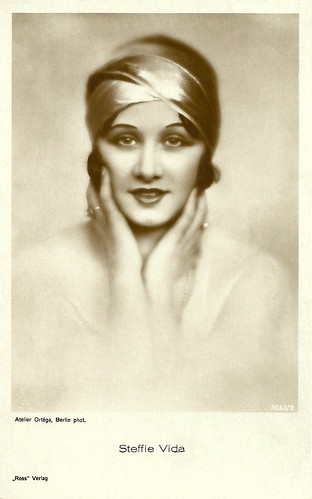 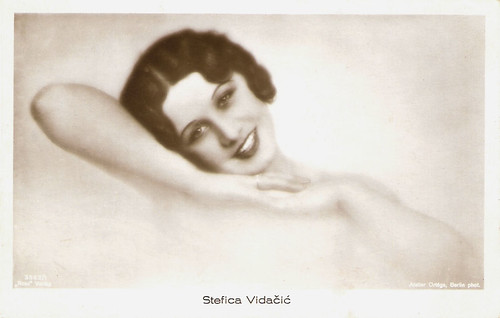 
Steffie Vida was born as Štefica Vidačić in Slavonska Pozega (Poschegg), Austro-Hungary (now Hrvatska, Croatia) in 1905 (some sources say 1909). She was the daughter of Franjo Söjtöry and Vjekoslava Vidačić, born out of wedlock

The first Miss Yugoslavia had been Ida Kravanja in 1926. She later became known as the film star Ita Rina.

The next year Vidačić travelled to Berlin, where out of 15 European candidates she was chosen Miss Europe 1927 (Wikipedia writes this happened in Vienna, during a ball in the Sofiensälen). It made her a local star. The Yugoslavian papers followed all her steps, what she wore, how she had her hair, and the Secessionist artist Robert Auer painted her nude portrait. Steffie was invited to parties in Budapest, Vienna and Berlin.

Berlin was at the time the film capital of Europe and the Miss Europe contest had been organised by the Fanamet, a European division of Paramount. The studio offered the girl with the beautiful green eyes and curly hair a well-paid contract, but first she had to learn how to play tennis, how to box (!) and how to sail. 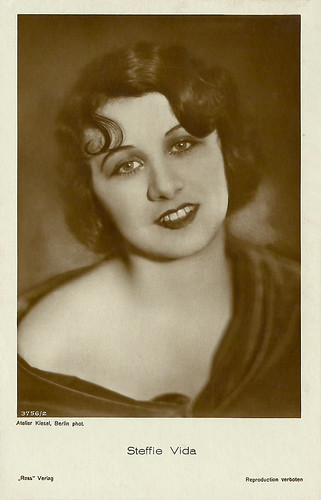 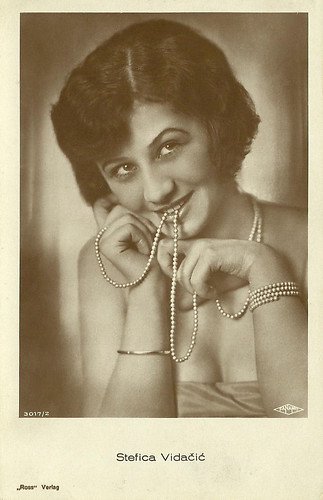 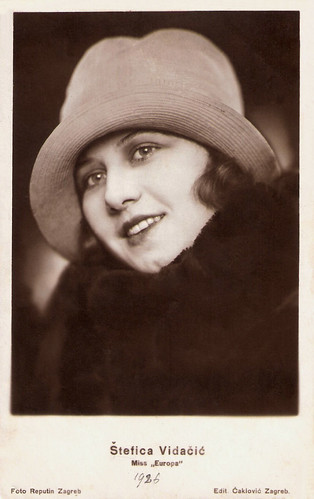 Vida then had a small part in the German film Ritter der Nacht/Knights of the Night (Max Reichmann, 1928) with La Jana.

That year she also appeared in a small role in the Oriental adventure Geheimnisse des Orients/Secrets of the Orient (Alexandre Volkoff, 1928) starring Nicolas Koline and Iván Petrovich.

Vida proved to be more a curiosity than an actress. She lacked the talent and the ambition to really make it in the film industry. The arrival of the sound film made an end to her brief film career and, reportedly, she married a rich German.

In Zagreb many of her male admirers were desolate. One of her fans, police officer Josip Tiljak, even committed suicide and his suicide letter was published in a paper. This story was retold in the documentary Gabriel (Vlatka Vorkapic, 2010). There is also an urban legend that another fan, called Miskoc, was so outraged that he began to drink and lost his marbles. He ended as one of the most famous beggars in Zagreb. A street was even named after him, Miškecov prolaz.

Vidačić married in 1932  the film composer Willy Schmidt-Gentner and the couple moved to Vienna in 1933, according to Wikipedia. They divorced in 1942. In 1948 Štefica Vidačić married the Swiss journalist Max Job. She moved with him to Zürich and she called herself Stefanie Job from then on. She worked as an editor and corrector for the Zürcher press, and later for the literary magazine Vorarlberger Lesebogen.

Stefanie Job passed away in 2002 in Zürich, Switzerland. She had no children, and left her money to Greenpeace. 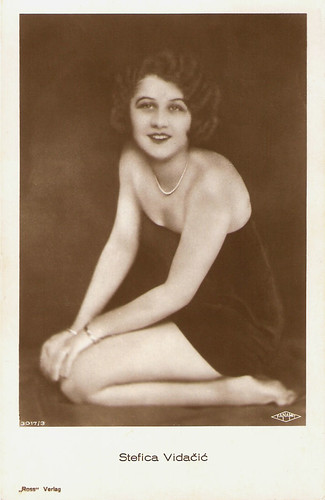 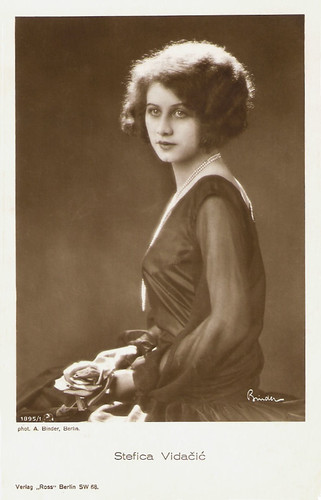 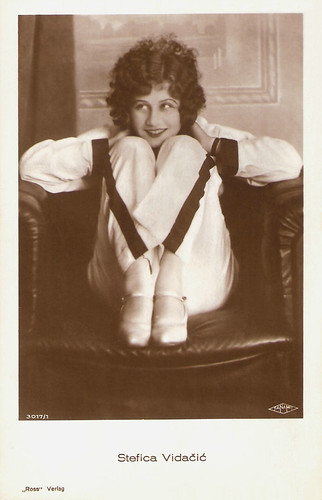