Former French actress Véronique Vendell (1942) was launched as the ‘new Brigitte Bardot’. She appeared in several French genre films of the 1960’s, and also had a role in Sam Peckinpah's Cross of Iron (1977). 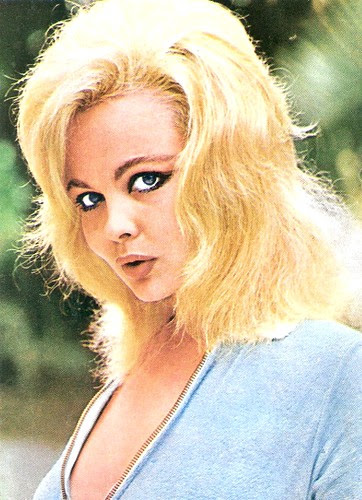 Blond Starlet
Véronique Vendell was born Véronique Duraffourd in Montpellier, France in 1942. She followed acting and ballet lessons and then played some small roles in French film productions. To her first films belongs the crime film Les menteurs/House of Sin (1961, Edmond T. Gréville) with Dawn Addams. The blond starlet was presented as a new BB. As a pinup she was presented in many international magazines, including the February 1964 issue of the American edition of Playboy. That year she played a French prostitute in the British-American production Becket (1964, Peter Glenville), a lavish historical drama based on a successful stage play by the acclaimed French playwright Jean Anouilh. James Travers at Films de France: “Becket has an exceptional cast, comprising some of the finest acting talent in Britain at that time. In the lead parts of Becket and Henry respectively, Richard Burton and Peter O’Toole both give knockout performances, relishing their roles to the extent that they almost resemble a pair of hungry lions gorging on a tasty gazelle. The supporting contributions are no less impressive”. She played the female lead opposite Robert Hirsch in Martin Soldat/Kiss Me General (1966, Michel Deville). Besides these notable films she often appeared as an attractive seductress who ensnares one of the main characters in action thrillers and Eurospy films. Vendell tried to escape the’ new BB’ label by trying to become a legitimate stage actress. In the theater she played with Marie Bell under the direction of Luchino Visconti. She also worked in the cinema with the famous Italian director. In Italy, she appeared opposite Silvana Mangano in La Strega Bruciata Viva/The Witch Burned Alive, Visconti’s episode of the anthology film Le Streghe/The Witches (1967, Mauro Bolognini, Vittorio De Sica, Pier Paolo Pasolini, Franco Rossi, Luchino Visconti). After that Vendell gained a foothold in the international film business. She took part in the British-French thriller The Night of the Generals (1967, Anatole Litvak), starring Peter O’Toole. In the science-fiction fantasy Barbarella (1968, Roger Vadim) she played Captain Moon opposite Jane Fonda. And she had supporting parts in the historical love story Mayerling (1968, Terence Young) and the Italian comedy-drama Il Commissario Pepe/Police Chief Pepe (1969, Ettore Scola) featuring Ugo Tognazzi. 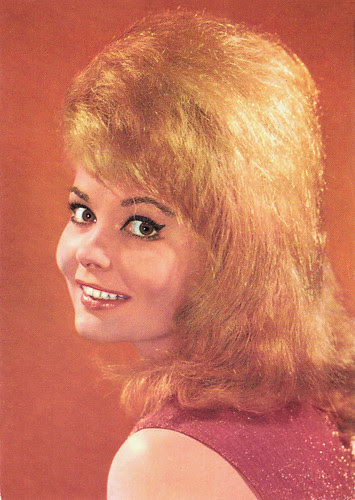 Wave of Soft-porn Features
In the 1970's, Véronique Vendell's career came to a stagnation. Films like the German thriller Ich schlafe mit meinem Mörder/Dead Sexy (1970, Wolfgang Becker), the Italian comedy La supertestimone/The Super Witness (1971, Franco Giraldi) with Monica Vitti, and Per grazia ricevuta/Between Miracles (1971, Nino Manfredi) were still interesting, but then she drowned in the wave of soft-porn features that hit the European cinema. Vendell was seen in such epics as Der neue heiße Sex-Report - Was Männer nicht für möglich halten/Swinging Wives (1971, Ernst Hofbauer) and Urlaubsreport - Worüber Reiseleiter nicht sprechen dürfen/Holidays Report (1971, Ernst Hofbauer). These sex films were produced by Wolf C. Hartwig, and soon Vendell became the fourth wife of the German producer. Her last film roles were in his productions. She played in the James Bond Spoof Das Mädchen von Hongkong/From Hong Kong with Love (1973, Jürgen Roland) with Joachim Fuchsberger, and the Mafia thriller Zinksärge für die Goldjungen/Battle of the Godfathers (1973, Jürgen Roland). The most remarkable of her final films is the war film Steiner - Das Eiserne Kreuz/The Cross of Iron (1977, Sam Peckinpah) with James Coburn. Paul Brenner at AllMovie: “Peckinpah's intense and belligerently non-commercial work, (based on the book by Willi Heinrich), is a World War II tale told from the German perspective, following a platoon of German soldiers in the Russia of 1943, when the German Wehrmacht forces had been decimated and the Germans were retreating along the Russian front“. She also appeared in the sequel Steiner - Das Eiserne Kreuz, 2. Teil/Breakthrough (1979, Andrew V. MacLaglen), now with Richard Burton starring as Sgt. Steiner. Breakthrough failed to match the box-office performance of Cross of Iron. Then she retired from the film business. Today, Véronique Vendell and Wolf Hartwig live in Paris.

I saw Cross of Iron when it was first released. It was the first movie I recall that portrayed German soldiers as human beings, certainly a rare approach for an American director

We need a Peckinpah retrospective. A few years I saw Major Dundee, but now I want more.