The Choice of Asa

One of our contacts at Flickr is Asa aka asa9bobnote2 from England. He is the founder of the Alain Delon group at Flickr and of course we joined this group. We asked Asa to make his choice of 10 favorite postcards from this group. Asa: "It's difficult picking ten favorites, but restricting it to postcards has made it easier." Here's the Choice of Asa: 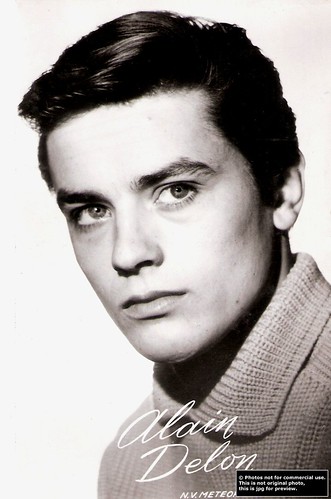 Postcard. Photo: Sam Lévin, 1957. Collection: Asa.
Asa: "If you would include a bio of Alain, I'd be very grateful." In the late 1950’s and early 1960’s Alain Delon (1935) was the breathtakingly good-looking James Dean of the French cinema. The 'male Brigitte Bardot' soon proved to be a magnificent actor in masterpieces by Luchino Visconti and Michelangelo Antonioni. In the late sixties Delon came to epitomise the calm, psychopathic hoodlum in the 'policiers' of Jean-Pierre Melville, staring into the camera like a cat assessing a mouse. Continue reading at our earlier Alain Delon post.

Postcard. Collection: Asa.
Asa: "'Breathtakingly beautiful' is so true because looking at him still takes my breath away." 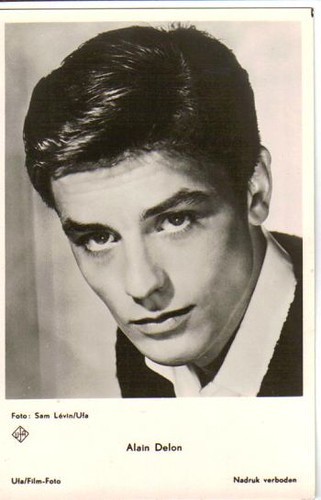 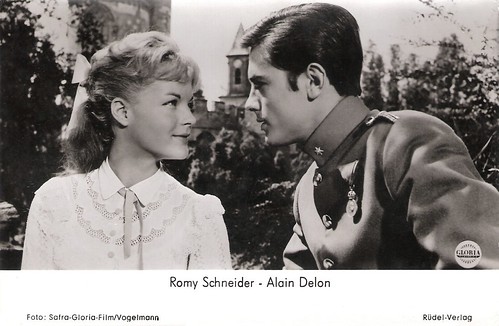 German postcard by Franz Josef Rüdel Filmpostkartenverlag, Hamburg-Bergedorf, no. 2638. Photo: Safra-Gloria-Film/Vogelmann. Publicity still for Christine (1958, Pierre Gaspard-Huit).
"I had to pick a photo with Romy..." 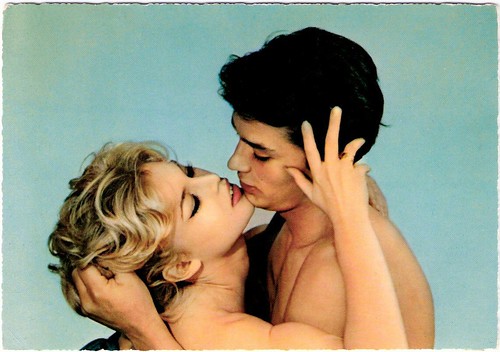 German postcard by Krüger, no. 902/95, ca. 1961. Photo Sam Levin. Publicity photo for Amours célèbres (1961, Michel Boisrond). Alain Delon and Brigitte Bardot starred in the segment Agnès Bernauer.
"...and - of course - the classic one of him with BB." 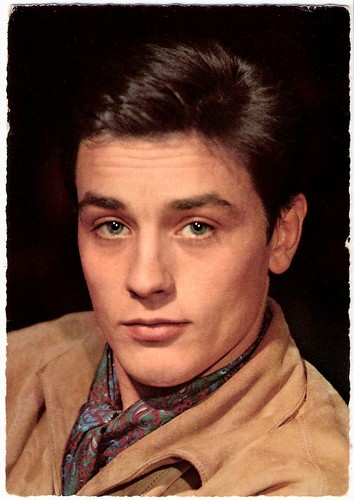 German postcard by Krüger. Photo: Ufa.
"Most women need makeup to improve their looks, but some men - especially Alain Delon - are so handsome/beautiful that it's almost illegal." 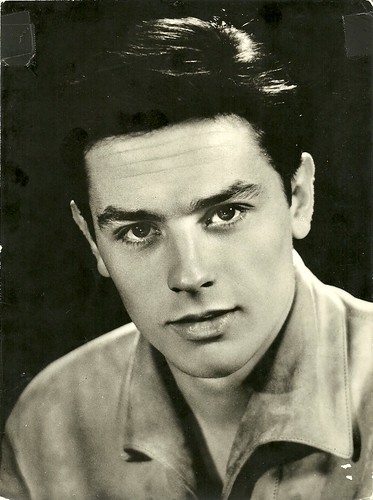 French postcard. Photo: Sam Lévin.
"Every time I see a 'new' photo of Alain Delon, my breath is snatched away again." 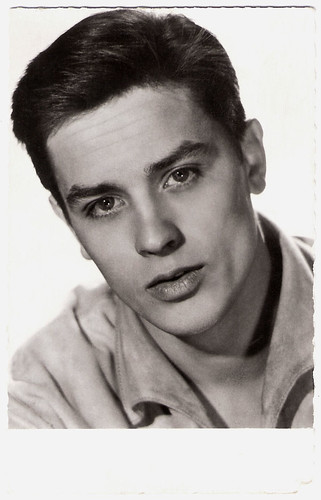 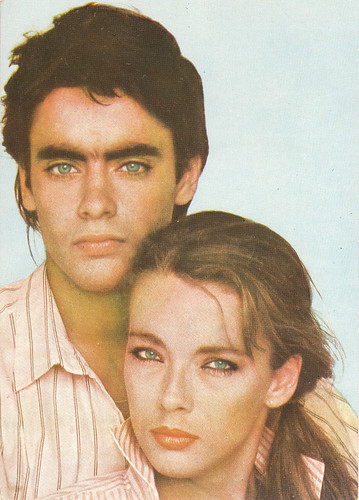 Anthony Delon. Rumanian postcard by Casa Filmului Acin, C.P.C.S. Cda 33132. Collection: Véronique3
"Anthony, his son, was also beautiful, but I don't think his looks last as long as his father's." 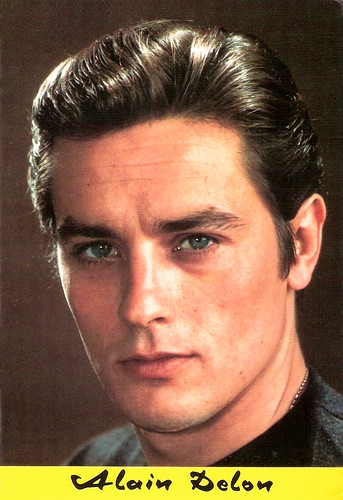 Thank you, Asa. We love your choice. Alain Delon is our most viewed European Film Star of all time here at the blog, so our readers probably agree. The Choice of... is an irregularly appearing series. Earlier guests were Egbert Barten, Véronique3 and Didier Hanson.