Dark haired German actor Jan Hendriks (1928 – 1991) was one of the most promising newcomers of the German cinema in the 1950’s. However, accidents and a homosexual scandal interrupted the career of the handsome, dark-haired actor. However, he still appeared in more than 80 films on screen and TV between 1950 and 1990. Tragically, he starved to death in self-imposed isolation. 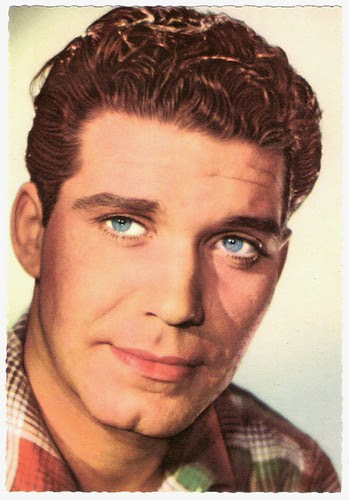 Riveting Performance
Jan Hendriks was born as Heinz Joachim Hinz in Berlin, Germany in 1928. In the late 1940’s, he attended the drama school of the Hebbel Theater in Berlin. He started his career in 1950 at the Schlosspark-Theater under Boleslaw Barlog. From then on he played in various theaters in Berlin, Hamburg and Munich. Film director Robert A. Stemmle discovered him for the cinema. For his debut in Sündige Grenze/Illegal Border (1951, Robert A. Stemmle) opposite Dieter Borsche, he won the German Film Award as Best Newcomer. Hal Erickson at AllMovie: “Much of the film is corny and contrived, save for the riveting performance by Jan Hendricks as the unregenerate teen-aged leader of the smuggling ring.” Then he played opposite Johanna Matz in the literary adaptation Der große Zapfenstreich/The Sergeant's Daughter (1952, George Hurdalek). In 1953 his career was briefly interrupted. He received a prison sentence for a traffic accident caused by him under the influence of alcohol. After his sentence, other lead and supporting roles followed. In 1958 he played a foolish officer in the multi-award winning and Oscar-nominated comedy Helden/Arms and the Man (1958, Franz Peter Wirth) with O. W. Fischer. The following year he made more headlines when he was charged on the basis of § 175 for homosexual acts in a toilet. He was sentenced to a fine. 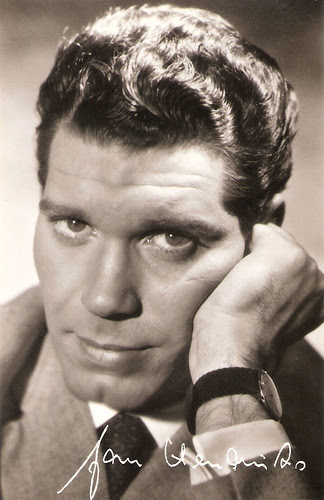 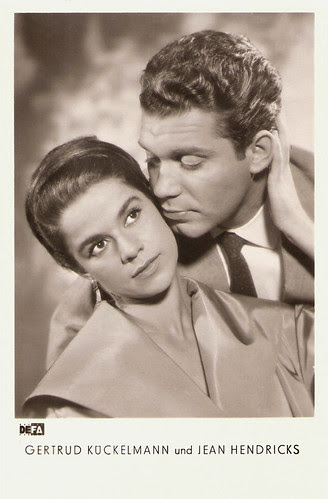 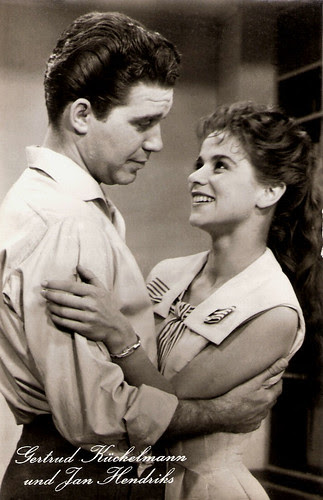 Starved To Death
In the 1960’s, Jan Hendriks starred in some very successful Edgar Wallace films, including Das Gasthaus an der Themse/The Inn on the River (1962, Alfred Vohrer) with Joachim Fuchsberger, and Der Zinker/The Squeaker (1963, Alfred Vohrer) with Heinz Drache. After a serious motorcycle accident in 1963, he was in a coma for several months, but there was no permanent damage. He worked as a voice actor and dubbed Humphrey Bogart in The Petrified Forest (1936, Archie Mayo) and Anthony Quinn in Guadalcanal Diary (1943, Lewis Seiler). He continued to appear in mediocre films but he would never fulfill his early promise in the 1950’s. Some sources suggest that homophobia was the reason that his career seemed to go nowhere. After the 1960’s, he appeared only incidentally in films but was successful on television. From 1977 to 1986, he co-starred with Siegfried Lowitz in 86 episodes of the Krimi series Der Alte/The old fox as assistant Martin Brenner. Occasionally, he was also committed to touring theaters. He had his last stage role in 1988. Jan Hendriks died in 1991 in Berlin, Germany, aged 63. The police found him dead in his apartment after they had been informed by neighbors. He died alone on his birthday and only days later, he was discovered. The tabloids wrote that the cause of his death was AIDS. In addition, he was also suffering from diabetes for years. After months of self-imposed isolation, Hendriks had starved to death in his apartment. The tabloid rumor that he was impoverished, was refuted by a six-figure sum of money in his estate.

I enjoy your biography about Jan Hendriks.
But there is a mistake.
Your text:
"His final screen credit was the TV-film Der leise Tod/The Silent Killer (1990, Helmuth Ashley). The title proved to be prophetic." is wrong.
He finished his carrer after his last stage role in 1988.

Thank you for your comment. According to Filmportal.de, this TV film from 1990 was on his resumé. Filmportal.de is quite a reliable source. Could it be that he worked on this TV-film in 1988?