German actress Margaret Rose Keil was a blonde, buxom B-film starlet of the 1960s and 1970s. Till the early 1980’s she appeared in dozens of Italian comedies, spaghetti-westerns and sexploitation pictures. 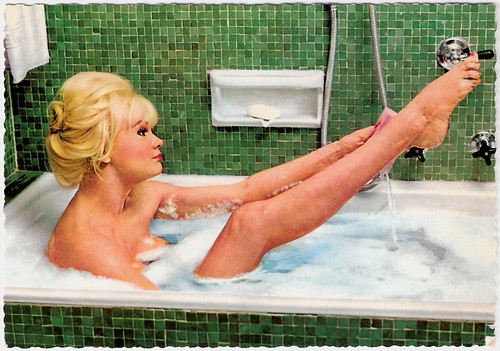 Women of Devil's Island
During her film career Margaret Rose Keil was credited also as Margaret Keil, Margareth Rose Keil and Margaret Rose. One source claims she is German, but I could not find more information about her birth name nor the date or place of her birth. She was often cast as a German or Austrian character, so she was probably born in one of these countries around 1940. She started her film career in Italy in such comedies as La ragazza di mille mesi/The Girl of A Thousand Months (1961, Steno) starring Ugo Tognazzi, I magnifici tre/The Magnificent Three (1961, Giorgio Simonelli) starring Walter Chiari, and Totò di notte n. 1/Totò at Night, nr. 1 (1962, Mario Amendola) with Totò. She also appeared in a small part in the historical melodrama Le prigioniere dell'isola del diavolo/Women of Devil's Island (1962, Domenico Paolella) starring the American actor Guy Madison, who's second European film this was. Madison went on to have a successful and prolific ‘second career’ in Europe throughout the 1960s. 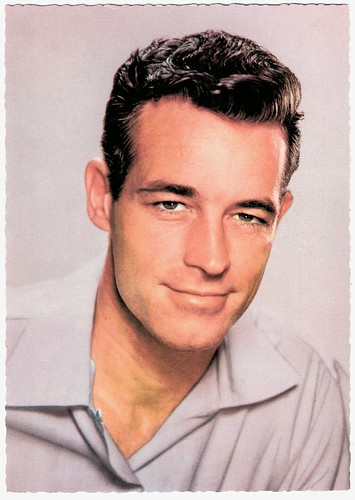 Teenage Tramp
Margaret Rose Keil went to Great Britain to star in the entertaining B-film That Kind of Girl/Teenage Tramp (1963, Gerry O’Hara). She played a cute live-in babysitter from Austria, who spreads VD in a small British town. Reviewer Matt Moses writes at IMDb: “This one's kind of a stinker, story-wise, but as per usual the acting holds its own and the cinematography is excellent.” Back in Italy, she appeared in the drama Gli imbroglioni/The Cheaters (1963, Lucio Fulci) and in ...e la donna creò l'uomo/Full Hearts and Empty Pockets (1964) with Thomas Fritsch. Her next film, the comedy Panic Button/Let's Go Bust (1964, George Sherman, Giuliano Carnimeo) had an interesting cast. In this precursor of The Producers, Mike Connors played a businessman who plans to solve his tax problems by financing a film version of Romeo and Juliet. He hires has-been matinée idol Maurice Chevalier and Jayne Mansfield to play the title roles, and acting guru par excellence Akim Tamiroff to direct. The finished film is shown at the Venice Film Festival, where it's considered a witty parody and awarded a Golden Lion. In 1964 Margaret Rose Keil also appeared in Playboy magazine, photographed by Peter Basch for a spread in the November issue, titled 'The Girls of Germany'. She next appeared as eye candy in Kommissar X - In den Klauen des goldenen Drachen/So Darling, So Deadly (1966), an entry set in Singapore in the Kommissar X series starring Tony Kendall. Apart from films she also frequently appeared in the popular Italian phenomenon fotonovelas. 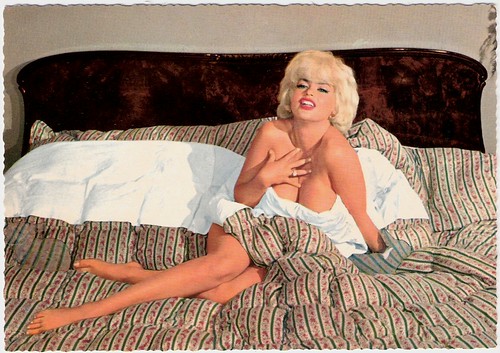 Stick Your Devil In My Hell
At the end of the 1960s, Margaret Rose Keil’s roles became smaller and less frequent, but in the early 1970s her career seemed to revive. She played Massimo Serato’s sister in the historical drama Il ritorno del gladiatore più forte del mondo/Three Giants of the Roman Empire (1971, Bitto Albertini), and a bit part in the comedy Roma bene/Rome Well (1971, Carlo Lizzani) starring Senta Berger. She played the female lead in the spaghetti western ...e lo chiamarono Spirito Santo/He Was Called the Holy Ghost (1971, Roberto Mauri). She also featured in another popular Italian genre of this period, the sex comedy, such as in Metti lo diavolo tuo ne lo mio inferno/Stick Your Devil In My Hell (1972, Bitto Albertini), Il decamerone proibito - le altre novelle del Boccaccio/The Forbidden Decameron - the Other Novellas by Boccaccio (1972, Carlo Infascelli, Antonio Racioppi) and Novelle licenziose di vergini vogliose/Diary of a Roman Virgin (1973, Joe D’Amato). In the action-comedy Metti... che ti rompo il muso/Suppose... I Break Your Neck (1973, Giuseppe Vari) she appeared opposite Frederick Stafford. She was rumored to have an affair with her co-star, which caused that Stafford’s wife, actress Marianne Hold, had to be treated at a psychiatric clinic. Margaret Rose Keil continued to appear in Eurotrash like the giallo La polizia brancola nel buio/The Police Are Blundering in the Dark (1975, Helia Colombo). In Germany she did another sex comedy Ein echter Hausfrauenfreund/Inn of 1,000 Sins (1975, Kurt Nachmann) about a male prostitute servicing the rich and lonely female customers at an exclusive countryside inn. Her last film was Giochi erotici nella 3a galassia/Escape from Galaxy 3 (1981, Bitto Albertini), a Disco sci-fi film with some nudity in the wake of the success of Star Wars. Then, with the death of the Italian B-film in the early 1980s, the film career of Margaret Rose Keil was over too.