The Choice of Marlène Pilaete

Do you know the French website L'Encinémathèque? A true Valhalla for film history lovers. It contains an exhibition room, called 'La collectionneuse'. Since 2003, Marlène Pilaete presents here beautiful albums with her vintage postcards of international film actresses. Take a look and be lured by the glamour and allure of these divine ladies.

Today we proudly present you in our irregular series The Choice of... Marlène's 10 favourite postcards. She writes: "In order to stay in connection with the theme of this blog, I have of course only selected European film stars. I soon realized that it was too difficult to choose my ten favourite postcards… as I have much more than ten favourites. So, I’ve decided to tackle this from another angle and to let me be guided by other criteria. I’ve finally selected these 10 postcards for various reasons: some feature a favourite star of mine, others because of the beauty of the photo, some to render homage to a specific postcard publisher, others because of their scarcity, etc. Of course, I could make a different selection every week! And I’m sure that other collectors would feel the same way."

Here is this week's Choice of Marlène. 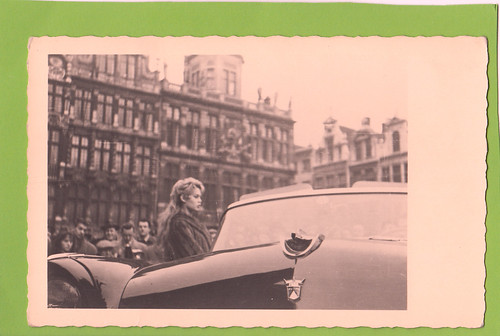 Brigitte Bardot. (Click double for a better view.) Marlène: "This is not my most beautiful vintage postcard of Brigitte Bardot but it’s certainly one of the most interesting for her fans. It shows Bardot on the famous Grand Place of Brussels. This card has a divided back and the only mentions are ‘Gevaert’, which is the brand of the photographic paper, a stamp with a reference number ‘G.A. 97643' and the mention ’reproduction interdite’ (reproduction prohibited). Bardot is not mentioned anywhere. I assume that a Belgian photographer took candid shots of the star during one of her trips to Brussels and decided afterwards to print them and to sell them as postcards. I have a second card of these series in my collection." 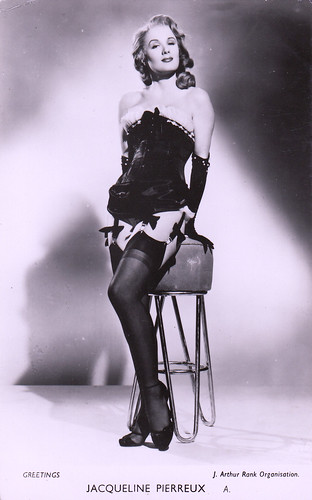 Jacqueline Pierreux. "I like pin-ups postcards and the British Greetings series offered a great range of those. This one features French actress Jacqueline Pierreux, who was at her peak in French, Italian and Spanish movies in the fifties and the beginning of the sixties. She only made one movie in England, Top of the Form (1953). It seems that the Greetings series publishers took this opportunity to have her shapely physique displayed on their cards." 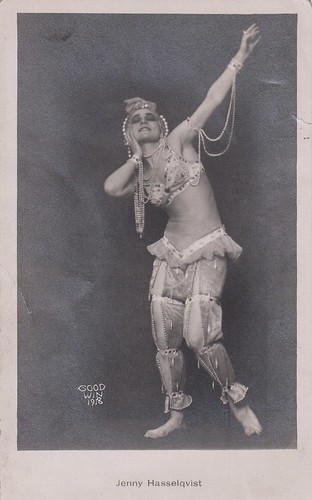 Jenny Hasselqvist. "I wanted to include a Scandinavian actress in my selection and I finally chose the Swedish silent movie star Jenny Hasselqvist, who was also a well-known ballerina in her time. The picture is from famous photographer Henry B. Goodwin." 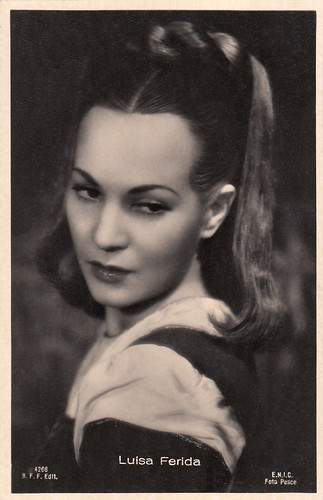 Luisa Ferida. "This is a nice Ballerini and Fratini postcard featuring the ill-fated Italian movie star Luisa Ferida, who was executed by partisans in April 1945, just two days after Mussolini met the same fate. Alongside her lover, actor Osvaldo Valenti, she paid for her fascist sympathies with her life. It seems however that her case didn't deserve such a drastic measure." 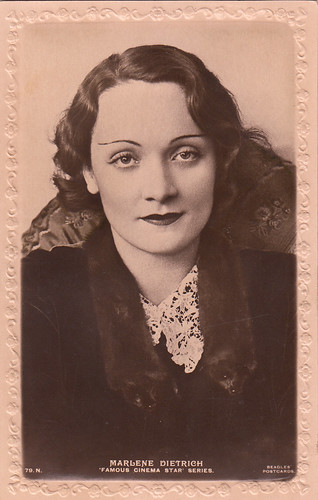 Marlene Dietrich. "This is a scarce postcard of Marlene Dietrich from the British Beagles series, which produced movie stars postcards until the beginning of the thirties. Many collectors know for example the gorgeous hand-coloured postcards with embossed edges published by this company." 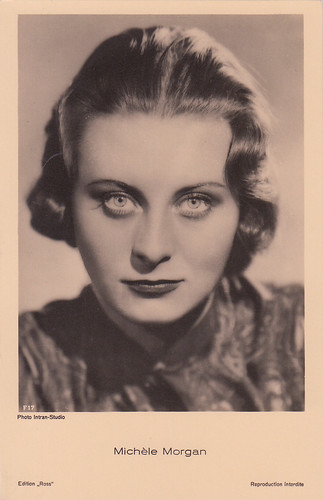 Michèle Morgan. "This is a very young Michèle Morgan on a Ross postcard from the F series, which Ross Verlag produced for the French market." 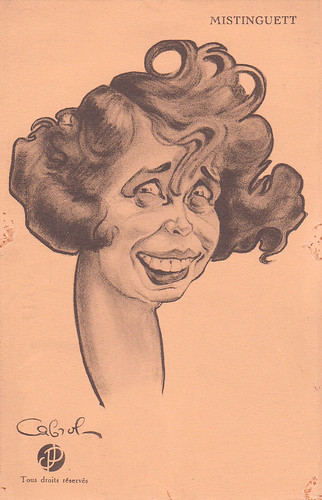 Mistinguett. "This is a French postcard from the twenties, with a caricature of Mistinguett by famous artist Raoul Cabrol (1895-1956). I like caricature postcards as they show actresses from a different angle. I have a few other postcards with drawings of stars made by talented artists. They are also interesting." 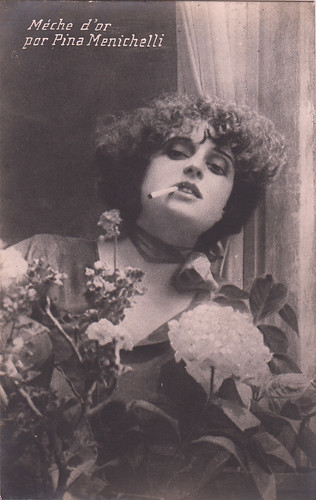 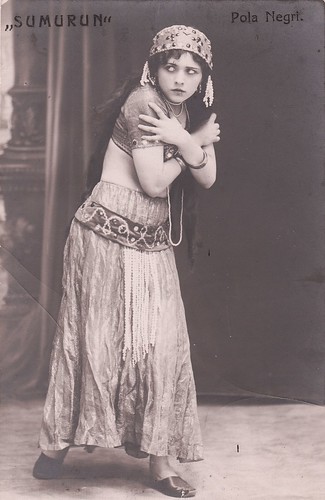 Pola Negri. "This Polish postcard shows Pola Negri on stage in Sumurun. Later, in 1920, she starred in the German movie version of this play." 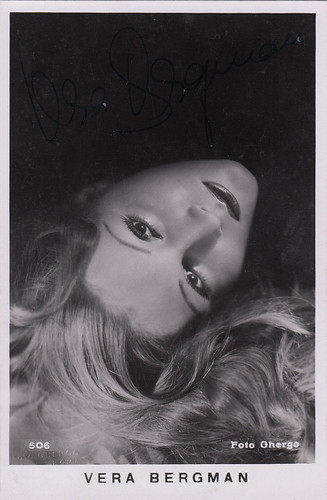 Vera Bergman. "I like this Italian postcard as it has such a modern look about it. You don’t have the impression that this photo has been taken about seventy years ago. Vera Bergman was the daughter of a Dutch diplomat and became a star of Italian movies in the forties. This postcard is autographed by the actress but, as she has signed in the dark area of the photo, it is barely noticeable. You can compare this postcard with another one of Vera Bergman that I have put on l’Encinémathèque which shows her in a more traditional forties look. In any case, she is a very photogenic lady."