Beautiful, Austrian born actress Jester Naefe (1924-1967) had a short film career in the German cinema with highlights in the late 1940s and the mid 1950s. Because of her roles and her sexy looks the press labelled her the ‘German Marilyn Monroe’. 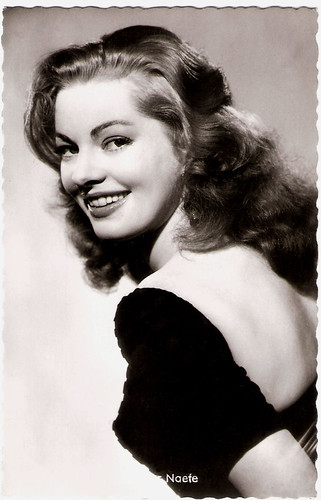 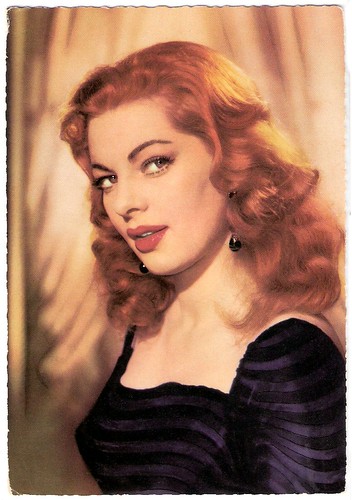 
Jester-Helene Naefe was born in 1924 in Vienna, Austria. She was the daughter of a truck driver, Herbert Naefe.

At the age of 16, Jester went to Berlin to follow acting lessons at the Ackermann Theater School. Soon she appeared on stage in the Breslauer Schauspielhaus in Breslau and in the Intimen Theater in Hamburg.

In 1948 producer-director Rolf Meyer gave her her first film part in the short film Sie sind nicht gemeint/You Were Not Meant (Answald Krüger, 1948) with Erik Ode.

The marriage was tumultuous: Tauszky slapped her in public during a reception in Bad Oldesloe. In 1951 the couple had to leave Hamburg for Rome, when Tauszky was prosecuted for tax evasion.

Naefe and Tauszky had two daughters, Vivian (1952) and Silvia (born 1953). In 1953 Tauszky deserted his family and fled to Caracas, Venezuela. Jester returned with her daughters to Germany, first to Hamburg, later to München (Munich). 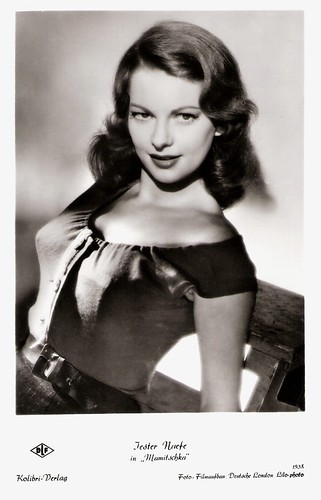 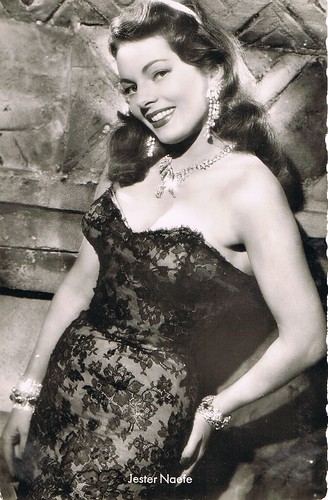 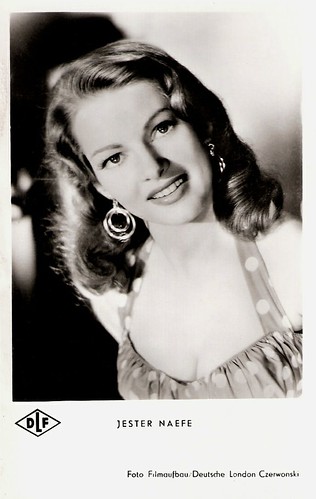 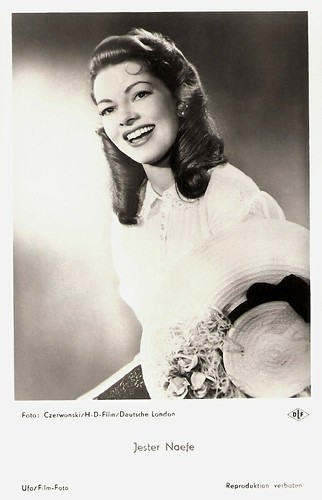 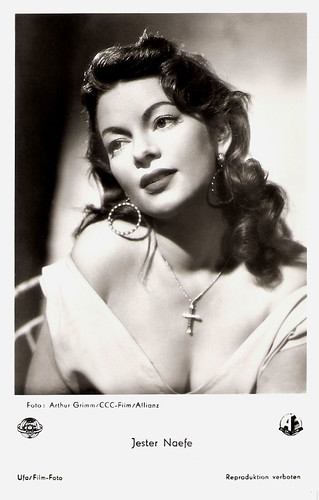 
Jester Naefe took up her film career in 1954 and the flamboyant beauty would make twelve films in the following three years.

Her most famous role was as Lydia in the remake of the 1932 film operetta Der Kongress tanzt/Congress Dances (Franz Antel, 1955).

In 1957, during the shooting of the Italian-German coproduction La Ragazza della salina/Sand, Love and Salt (František Cáp, 1957) in Portoroz, Yugoslavia, she had a fighting scene with lead actress Isabella Corey. During the scene, she fell and hit the back of her head on a rock.

She soon started getting bad headaches, and the headaches were followed by temporary paralysis. Despite her illness she finished the film, co-starring Marcello Mastroianni.

Easter 1958 her illness seemed vanished, and she went to the USA for a TV show. Hollywood star Gregory Peck reportedly called her ‘one of the most attractive and beautiful women of the world’.

In 1959 she was treated again at a Munich hospital, and her illness was diagnosed as multiple sclerosis. Jester Naefe had to retire from the film business.

In the 1960s when the medical bills consumed all of her earnings, she retired to live with her mother, in her modest home in Wolfratshausen in Upper Bavaria.

After a long and painful period of illness she died in 1967 in Geretsried, near Wolfratshausen, forgotten by her colleagues and the public. She was only 42 although the obituaries gave her age as 37.

Her daughter Vivian Naefe is now a celebrated film and TV director. 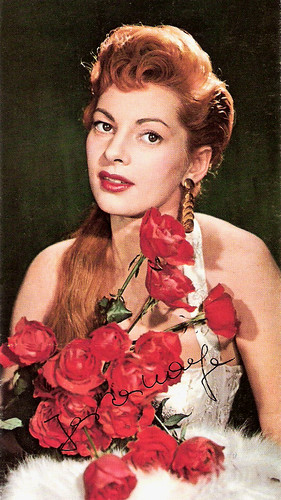 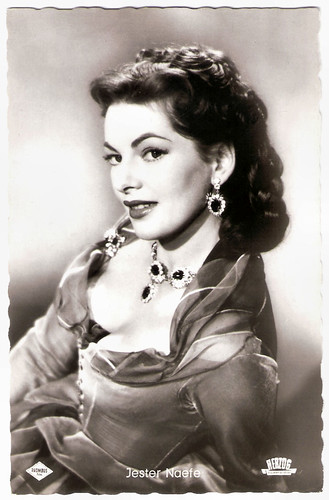 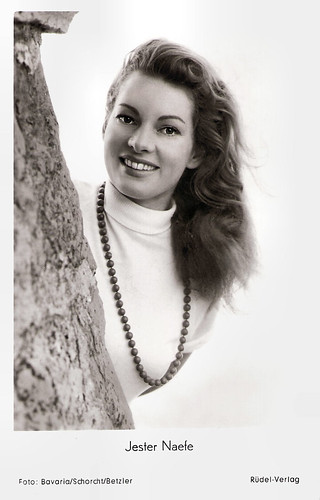 Such a sad end for this great beauty. Thanks Bob.

Hello there! Long time no see--I've missed you. I would have been in touch a bit sooner, but we've had a LOT happen over the past few months--including a chimney fire and all that goes into a cleanup like that.

I love reading your blog. I learn so much about people in the entertainment business--and from all over the world. It is interesting to hear of their lives--especially now'adays when much of their stories are lost.

"No longer doubt! Descending from the sky,
She lifts thee in her arms to realms on high.
And thus thou into Paradise wert brought,
﻿As worthy of a pure and endless life;
Nothing was left, no wish, no hope, no thought,
﻿Here was the boundary of thine inmost strife:
And seeing one so fair, so glorified,
The fount of yearning tears was straightway dried..."