French film actor Paul Azaïs (1903-1974) appeared in 112 films between 1929 and 1966. As the nice guy who is always there for a helping hand or a good laugh, he appeared in several films by Max Ophüls and Raymond Bernard or supported comedy stars like Fernandel and Louis de Funès. 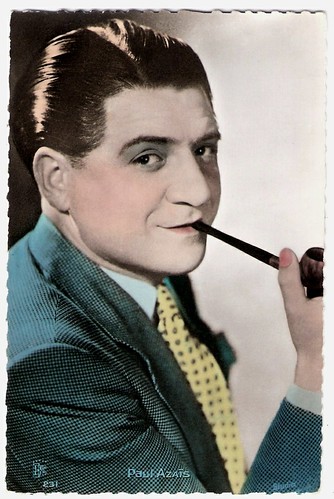 The most powerful anti-war film ever made

Paul François Robert Azaïs was born in Paris, France in 1903.

He began his career as an extra at the Chatelet theatre before getting small roles in operettas and music hall shows.

Thanks to his stage experience, he was offered a small role in the first all-talking feature, Les Trois Masques/The Three Masks (André Hugon, 1929). Les Trois Masques was filmed in England because none of the French film studios had yet been wired for sound.

In 1932, he played a small part in the French crime film Fantômas (Pál Fejös, 1932) starring Jean Galland as the popular pulp character Fantômas, a super criminal. It was loosely based on the original Fantômas novel by Marcel Allain and Pierre Souvestre.

Perhaps his most interesting film was Les Croix de Bois/Wooden Crosses (Raymond Bernard, 1932). Hal Erickson at AllMovie: “Les Croix de Bois may well be the most powerful anti-war film ever made; certainly it is the grimmest and most uncompromising. Starting with an impressionistic shot of a gloomy hillside studded with white grave markings, the film delineates the hopelessness and horror of war in such explicit terms that at times it's nearly impossible to watch.”

Among Azaïs’ other films were Raymond Bernard's Les Misérables (1933), Pension Mimosas (Jacques Feyder, 1935) starring Françoise Rosay, and Divine (Max Ophüls, 1935). The most notable thing about Divine is that it is the only film for which the celebrated writer Colette supplied an original screenplay.

Azaïs often played the good guy in his films, always ready for support, a good laugh or a helping hand. He was a devoted ‘knight’ to Annabella in Anne-Marie (Raymond Bernard, 1936)) and to Edwige Feuillère in Sans lendemain/Without Tomorrow (Max Ophüls, 1939).

Also interesting is the French drama Tempête sur l'Asie/Storm over Asia (Richard Oswald, 1938), starring Conrad Veidt. Director Oswald had left Austria as it became an increasingly hostile working environment in the years leading up to the Anchluss. It was Oswald’s last film in Europe, before he moved to the United States and made three films in Hollywood. Conrad Veidt was similarly an exile from Germany, and had settled in Britain. 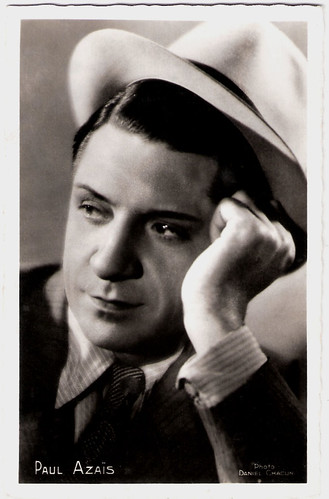 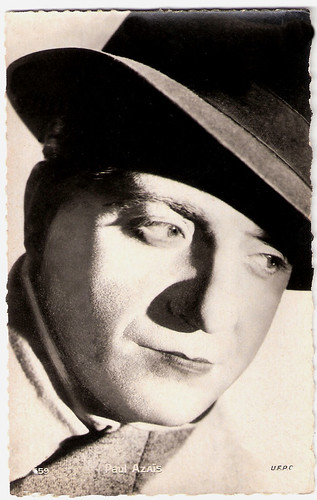 Paul Azaïs career reached its top during the first years of the French occupation by the Germans.

He played in some of the best comedies of the era, produced by the Nazi-run Continental studio, such as Narcisse (Ayres d'Aguiar, 1939) with Rellys, Ne le criez pas sur les toits/Do not shout it from the rooftops (Jacques Daniel-Norman, 1943) and the entertaining farce Adrien (Fernandel, 1943), the latter two both starring Fernandel.

Unfortunately, Azaïs had a bicycle accident in 1943 which caused him a skull fracture and had him in a coma for 20 days. After recovering, he suffered severe memory problems, but Azaïs eventually started to work again although in minor parts.

He had small roles in such classics as the Guy de Maupassant adaptation Le Plaisir/House of Pleasure (Max Ophüls, 1951) and Casque d'or/Golden Marie (Jacques Becker, 1952) featuring the young Simone Signoret.

Aware of the precariousness of the entertainment business, he founded in May 1957 the association La Roue rourne (The wheel turns), which assisted needy actors. He invested in this cause until the end of his days.

Paul Azaïs died in 1974 in Paris, aged 71. During his life he was honoured as Chevalier de l’Ordre international du Bien Public, and received both the Grand Prix Humanitaire de France, and the Médaille d’Or du Mérite National. 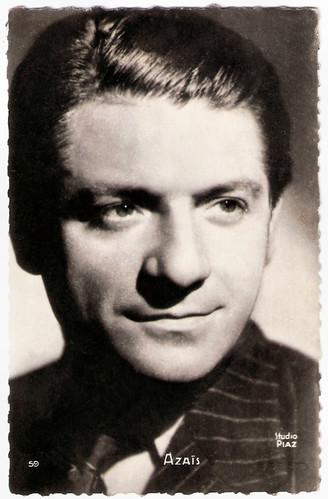 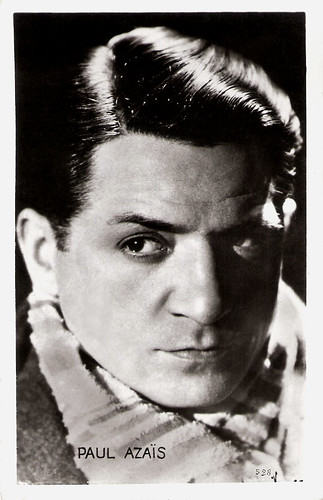