Sturdy and blond Henny Porten (1890-1960) was one of Germany's most important and popular film actresses of the silent cinema. She was also the producer of many of her own films. She became the quintessence of German womanhood, ladylike yet kindhearted. Today Part 1 of a post on her long career. 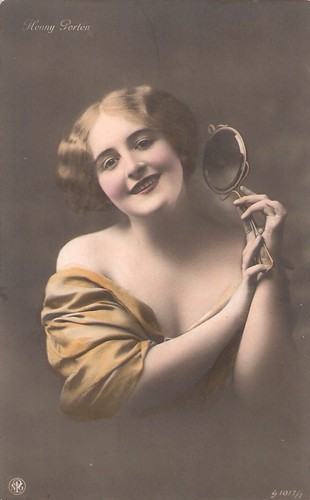 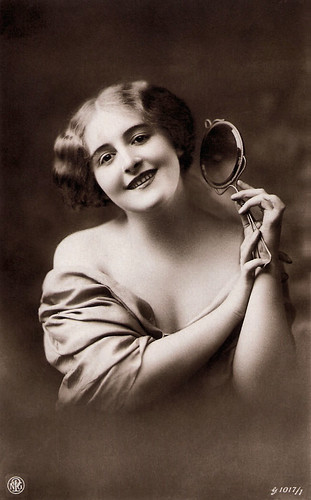 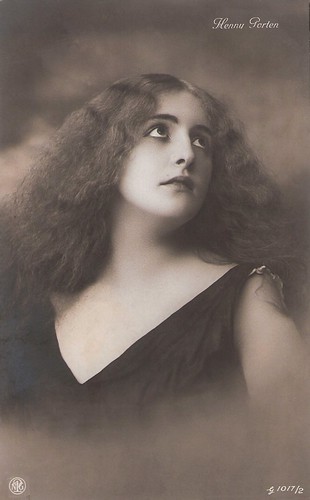 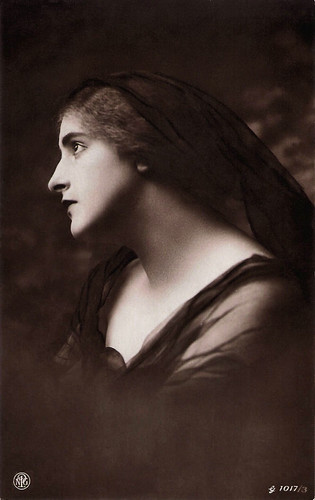 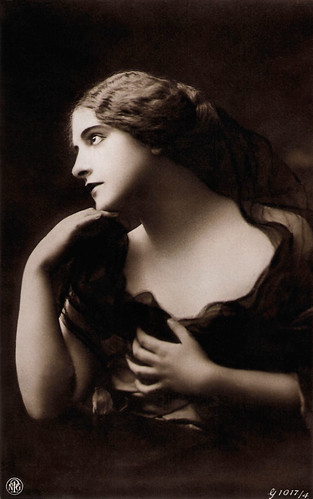 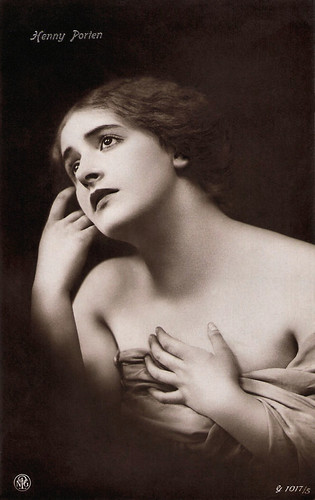 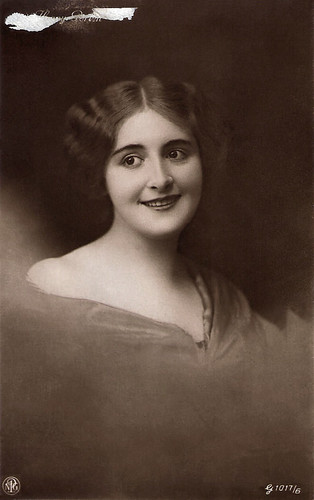 Frieda Ulricke 'Henny' Porten was born in Magdeburg, Germany in 1890. She was the second daughter of Franz Porten, an opera baritone and actor-director at the Stadtheater of Magdeburg, and his wife Wincenzia, whose maiden name was Wybiral. Her older sister was actress and script-writer Rosa Porten.

In January 1906, Franz Porten was engaged by film pioneer Oskar Messter to direct six Biophon-Sound Pictures. These were short early sound films that were projected with synchronously playing gramophone records.

So Henny made her film debut in Apachentanz/Apache Dance (Oskar Messter, 1906). This made her one of the earliest film actresses anywhere in the world.

She went on to perform in numerous sound pictures mostly for the Deutsche Mutoskop- und Biograph GmbH, which included her work also in their Mutoskop-peepboxes. Her work involved singing in three different languages by moving her lips in a synchronised fashion to a gramophone record. Despite having no training in acting, this work allowed her to become a highly experienced actress.

Five years later audiences were clamouring to know the name of the blonde (and blind) girl in Das Liebesgluck der Blinden/The joy of love of the blind (Heinrich Bolten Baeckers, Curt A. Stark, 1911), a melodrama written for her by her sister Rosa Porten.

In 1912 she married Curt A. Stark, who would direct most of her films until his death in 1916. In 1912 Messter concluded a one month contract with her, which had been repeatedly extended. After the success of Eva (Curt A. Stark, 1913), she started the Henny Porten Film Star Series, beginning with Der Feind im Land/The enemy in the country (Curt A. Stark, 1913). 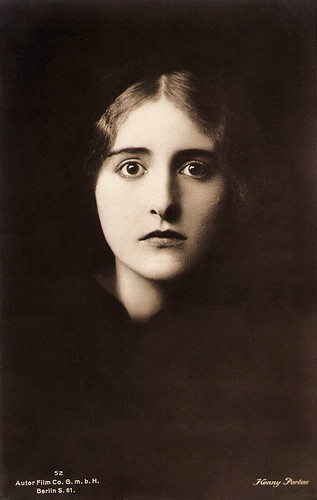 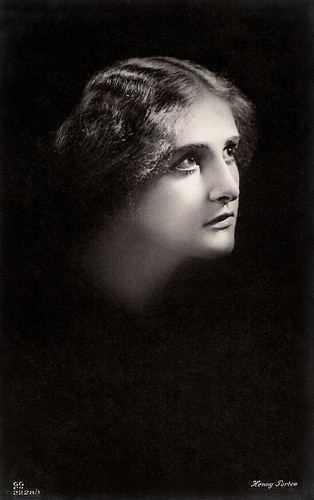 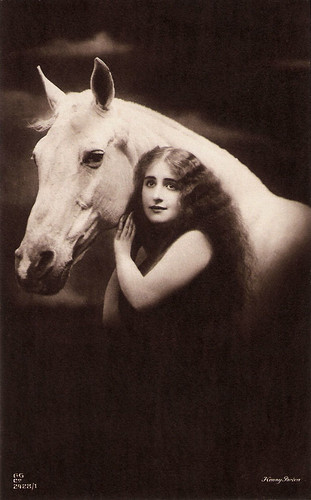 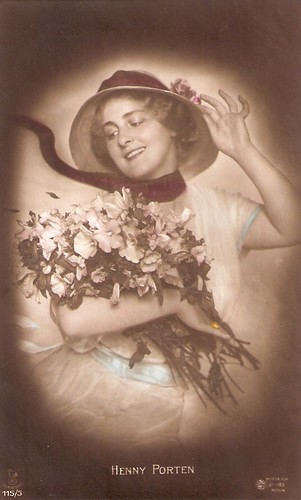 German Postcard by Rotophot in the Film Sterne series, no. 115/3. Photo: Messter-Film, Berlin. 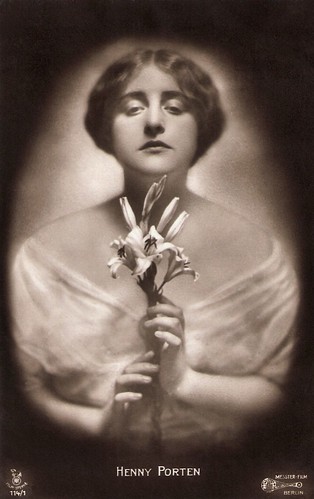 Following the exodus in the film industry at the beginning of the First World War, Henny Porten initiated, as if personally, the renaissance of the German cinema with Das Ende vom Liede/The end of the Song (Rudolf Biebrach, 1915) with Ludwig Trautmann.

Rudolf Biebrach, who in earlier films often played her father, now took on the job of film director. The Porten films were at the peak of their success.

Henny Porten embodied the ultimate Wilhelminian actress, with her long, blond hair, her innocent-looking face and her rounds.

Though she often performed as the tragic, self-sacrifying woman, tormented by class conflicts and evil men, like in Alexandra (Curt A. Stark, 1915), she also proved to be an able comedienne, like in Gräfin Küchenfee (Robert Wiene, 1918) with Ernst Hofmann.

In 1916, her husband and director Curt Stark died on the Western Front. 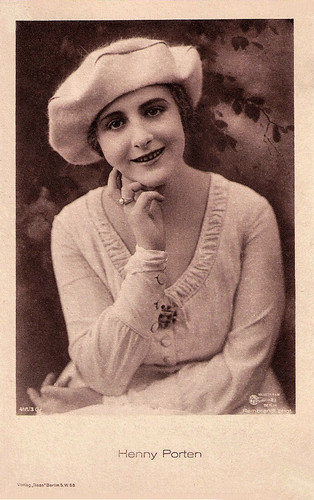 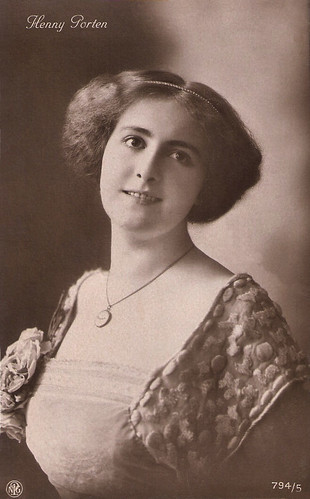 German postcard by NPG (Neue Photographische Gesellschaft), no. 794/5. Sent by mail in the Netherlands in 1921. 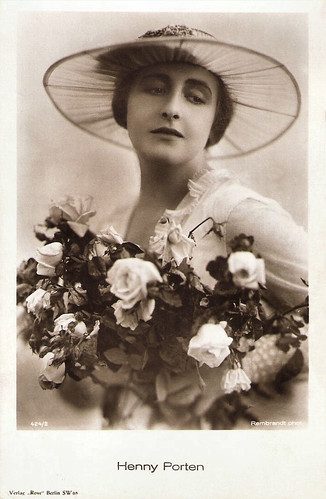 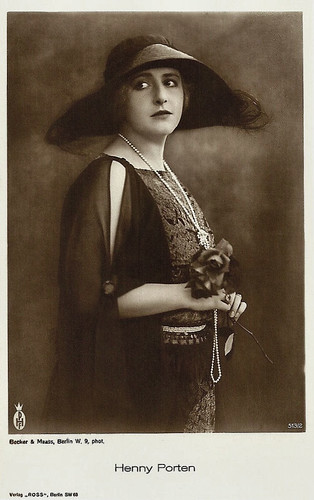 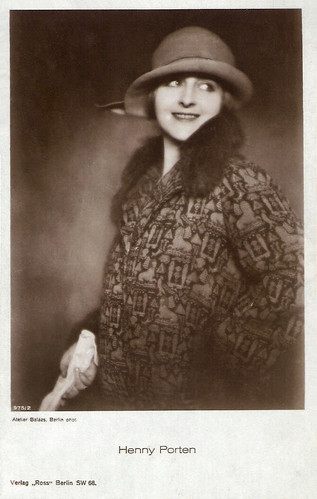 Henny Porten reached a new height of her screen career under the gentle guidance of Ernst Lubitsch, who cast her as the title characters in Anna Boleyn (Ernst Lubitsch, 1920), a biopic on the ill-fated second wife of the English king Henry VIII (Emil Jannings), and the comedy Kohlhiesels Töchter/Kohlhiesel's Daughters (Ernst Lubitsch, 1920) in which Porten played both Liesel the ugly daughter as well as her beautiful sister Gretel.

The success of these films resulted in an invitation for Porten and her co-star Emil Jannings to come to Hollywood, but Henny remained in Germany. In March 1921, she established the company Henny Porten Films GmbH, and that year she also remarried, to doctor Wilheim von Kauffman.

After three further years of rather unsuccessful films, Henny Porten's film company went bankrupt in 1923. In spite of this she continued to have a longstanding and prolific acting career throughout the 1920s with films like Gräfin Donelli/Countess Donelli (Georg Wilhelm Pabst), 1924 and Mutter und Kind/Mother and Child (1924) with Friedrich Kayssler, the first of a series of films directed and produced by by her former director of photography, Carl Froelich. 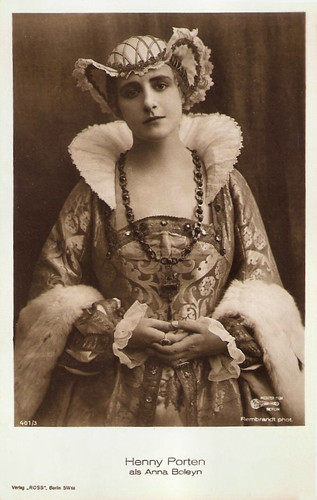 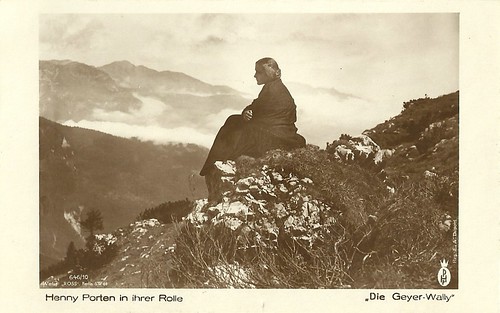 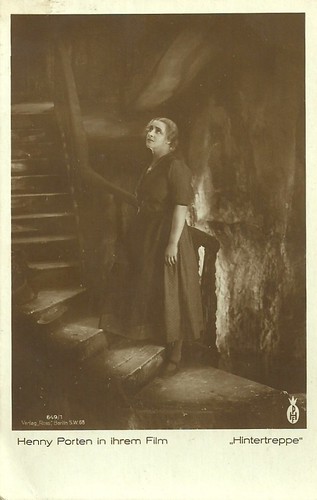 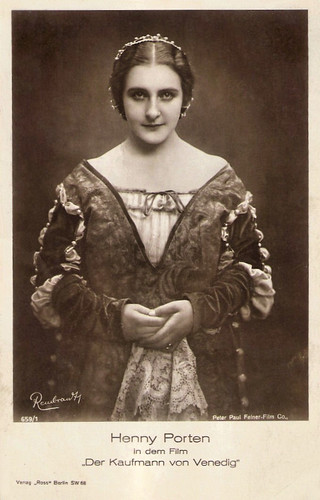 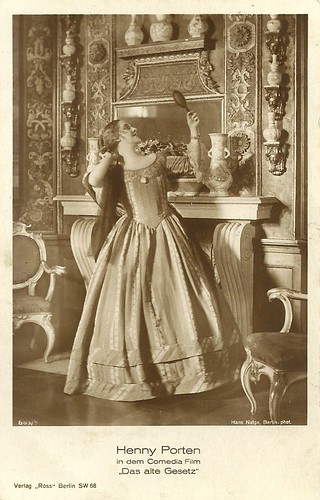 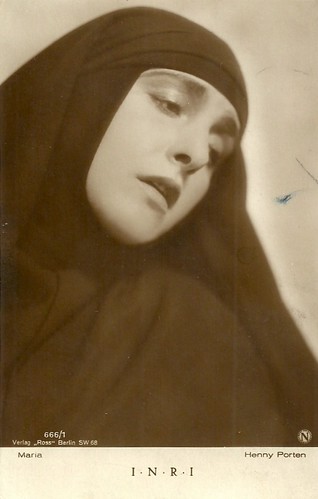 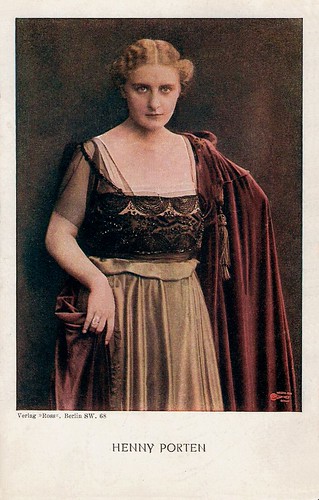