Sturdy and blond Henny Porten (1890-1960) was one of Germany's most important and popular film actresses of the silent cinema. She was also the producer of many of her own films. But what happened with her after the arrival of sound film? 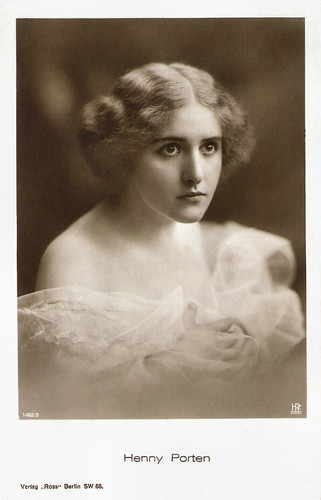 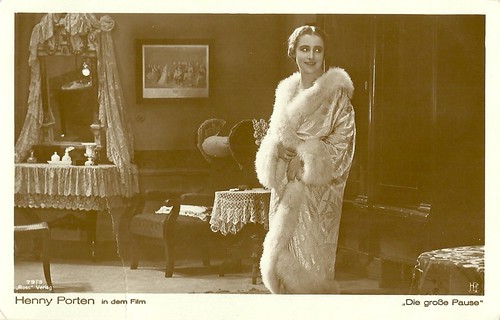 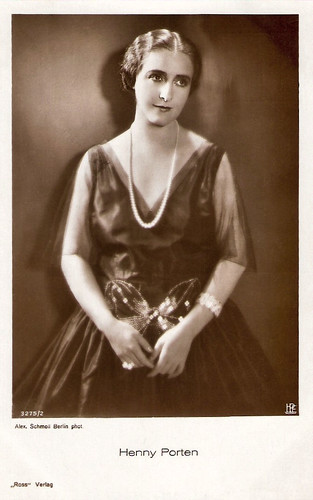 Henny Porten seemed to pass from silent to sound cinema without any obstacles. She starred in such films as Mutterliebe/Mother Love (Georg Jacoby, 1929) with Gustav Diessl, Die Herrin und ihr Knecht/The Boss and Her Servant (Richard Oswald, 1929) with Mary Kid, and a remake of Kohlhiesels Töchter/Kohlhiesel's Daughters (Hans Behrendt, 1930) opposite Fritz Kampers.

The following year she achieved her long planned for project, the film Luise, Königin von Preußen/Luise, Queen of Prussia (Carl Froelich, 1931) with Gustaf Gründgens, which ultimately bankrupted her company in the summer of 1932. After this project, Porten was considered to be a risk within the film industry. With no film engagements coming, she sought refuge on stage.

She achieved renewed film success in the autumn of 1933, with the sound film remake of Mutter und Kind/Mother and Child (Hans Steinhoff, 1933). She had become the quintessence of German womanhood, ladylike yet kindhearted and a not a little petit bourgeois.

There were years Henny Porten had done twelve films a year, but the Nazi takeover of Germany in 1933 brought her career to an almost standstill. Her refusal to divorce her Jewish husband Wilhelm von Kaufmann got her in trouble with propaganda minister Josef Goebbels.

When she resolved on emigration to join Ernst Lubitsch in Hollywood, he denied her an exit visa to prevent a negative impression. Goebbels tried to ban her from the film industry, but she made a few films after Allied bombardment started, and her placid and reassuring persona helped calm audiences.

In 1937 she was taken on by the Tobis company on a work for money basis, but was never offered any work. Porten was permitted to work in such Austrian-made films as the comedy Der Optimist/The Optimist (E.W. Emo, 1938) with Viktor de Kowa and Theo Lingen, and the crime drama War es der im Dritten Stock/Was It Him on the Third Floor? (Carl Boese, 1938). 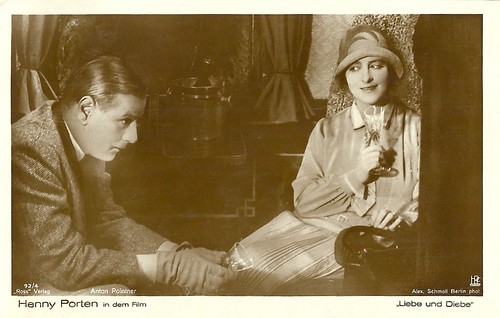 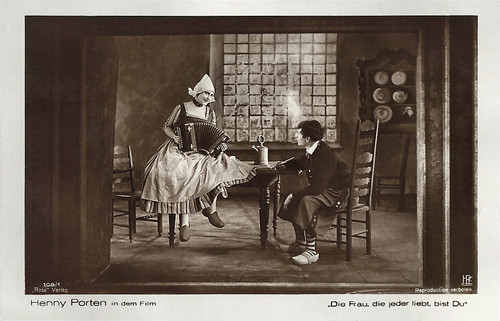 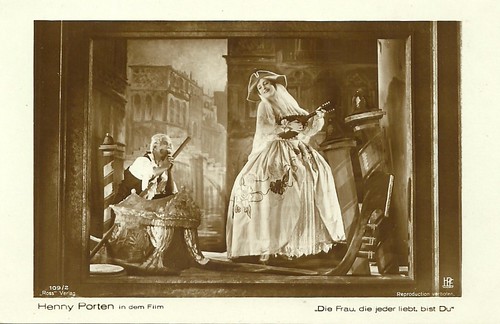 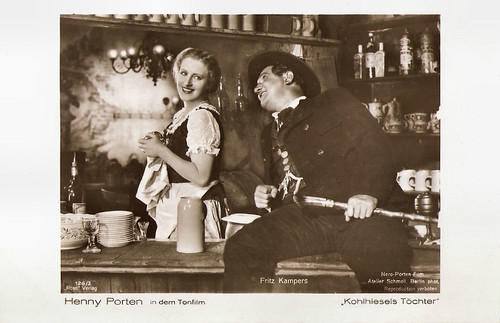 
Deserting to the DDR

Henny Porten was hired by old friend G.W. Pabst to play the duchess in Komödianten/The Comedians (Georg Wilhelm Pabst, 1941) with Käthe Dorsch and Hilde Krahl, and she was reunited with Carl Froelich for the homey comedy Familie Buchholz/The Buchholz Family (Carl Froelich, 1944).

In 1944, after an aerial mine destroyed their home, Porten and her husband were out on the streets, as it was forbidden to shelter a full Jew.

After the war, offers remained poor. Henny Porten lived in Ratzeburg and performed in Lübeck and the Hamburg Theater in 1947. She was given a small role in the comedy Absender unbekannt/Sender unknown (Ákos Ráthonyi, 1950).

So in 1953 she followed an invitation made by the DEFA studio to go east to the new DDR. There she played leading roles in Carola Lamberti - Eine vom Zirkus/Carola Lamberti - One From the Circus (Hans Müller, 1954) and the crime drama Das Fräulein von Scuderi/The Miss from Scuderi (Eugen York, 1955), which would prove to be her last film.

In the Western press her step was branded as that of a 'deserter'. When Porten and her husband returned to Ratzeburg in 1955, they were evicted by their landlord. Von Kaufmann lost his practice. Through the press, Porten unsuccessfully asked for work in film.

They moved to Berlin in 1957, where Von Kaufmann died in 1959. In 1960, Henny Porten finally was awarded the Bundesverdienstkreuz, but she died after suffering a severe illness a few months later. 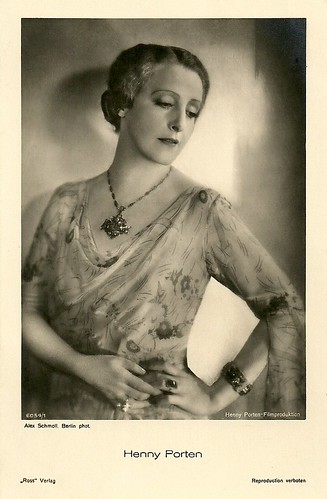 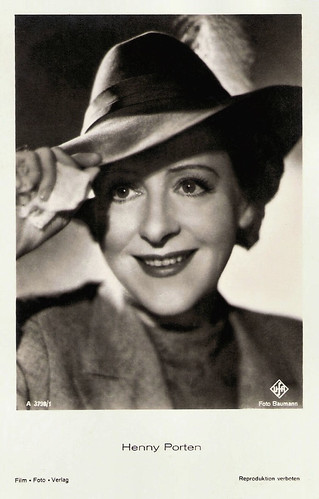 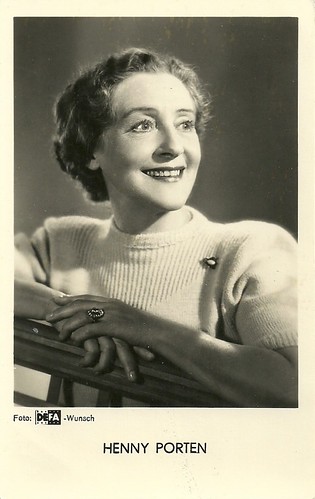